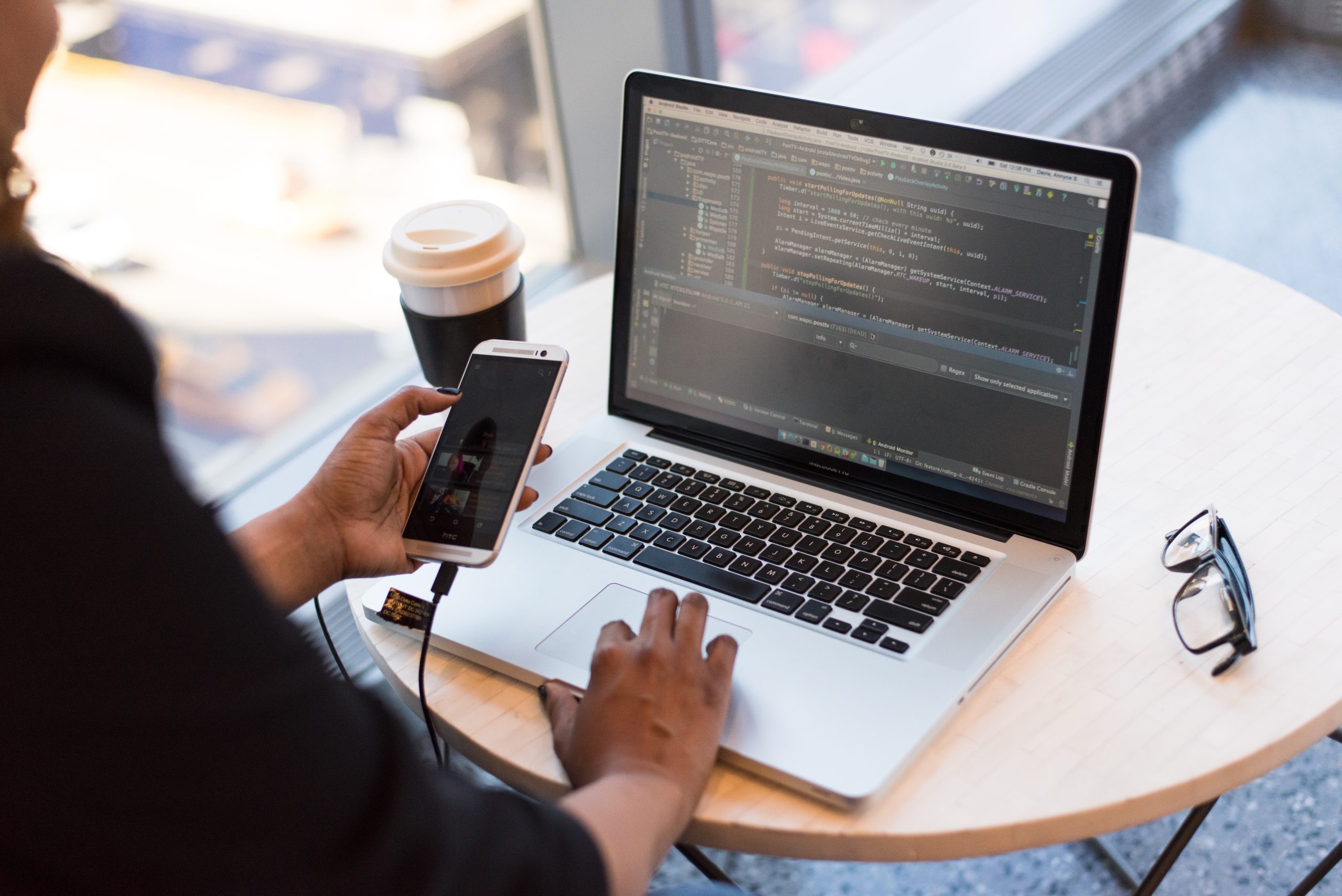 Technology has developed quicker than ever during the last few decades. The testing process has been done manually which caused unpredictable errors and led to many bugs. With the advent of test automation, the testing process became easier and resulted in improved scale, faster delivery, and streamlined releases.

So it is naturally loved by the entire web developing companies globally. However, with the advancement of technology, many new alternatives have arrived in the industry. This raises various questions about whether Selenium still holds the top position or not.

The beta release of Selenium 4 has even strengthened the base of this question. So, in this article, we will discuss some of the primary reasons to justify using Selenium for automation testing. We will also find the significant differences between Selenium and other test automation tools.

Before learning the benefits of Selenium and its latest version, we need to understand the actual tool better. Selenium is an open-source tool to perform automated web applications and software testing.

Using this tool, you can verify the compatibility of your web application on multiple browsers. The Selenium Suite consists of four different tools. These include Selenium IDE, Selenium WebDriver, Selenium Grid, and Selenium Remote Control.

Selenium allows you to track all the computer’s live, automated testing processes. Using the Selenium WebDriver, you can automatically conduct the cross-browser testing processes on the major browsers. Now, let us discuss some of the reasons for using Selenium 4 for automation testing.

Reasons to Use Selenium 4 for Automation Testing

1. The Support for Various languages and Frameworks

The earlier versions of Selenium were only limited to the JavaScript programming language. This process played a significant role in defining the testing environment of the companies. 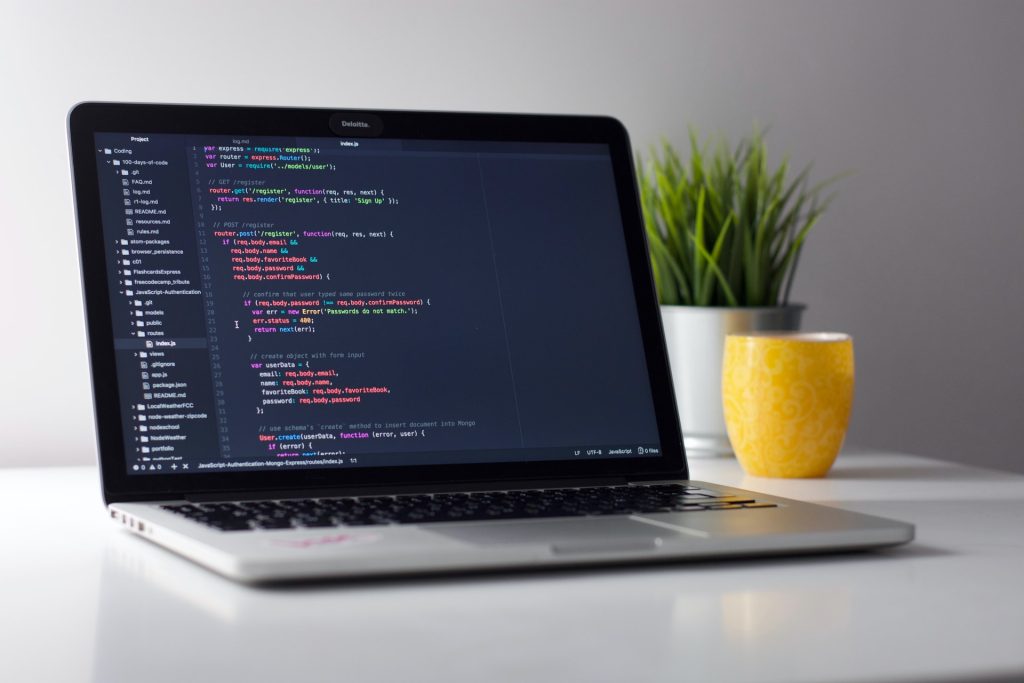 Selenium also allows the developers to integrate the testing Framework with different tools and platforms. Furthermore, this is one of the significant ways to increase the efficiency and speed of the testing process.

2. It is Available open-source

The open-source nature of Selenium is one of the significant points that make it famous worldwide. The beta version of Selenium 4 is available to download on the official website for free.

Also, this is highly beneficial to individual creators and small startup companies. The Open-source nature has also helped grow a massive community of tech enthusiasts. The developers can always refer to this community in case of any technical guidance or help required.

The community is also very passionate about creating different tools and frameworks to simplify the Automation Testing process.

In the early years of Internet browsing, internet explorer was the dominant browser in the industry. However, new and more advanced browsers arrived in the market with time. A recent survey suggests that Google Chrome dominates more than 60% of internet traffic. 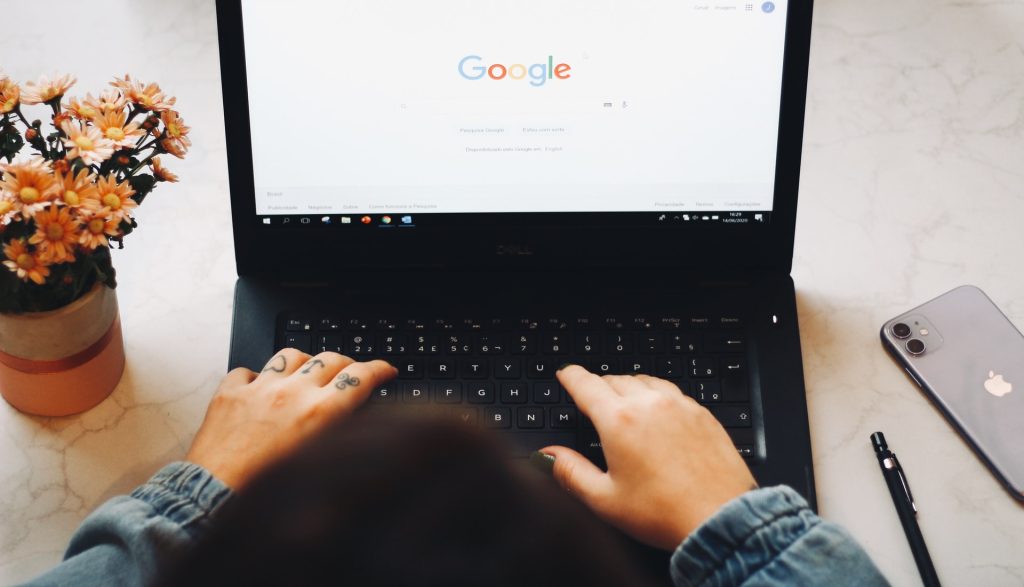 Thus, the multi-browser support of Selenium 4 is one of its crucial features that will drive the future testing market.

Similar to the browsers market, the operating system market has also changed drastically over the years. Currently, more than 50% of the desktop OS market is dominated by windows. It is followed by Mac in second place and Linux in the third.

With the new update, Selenium has added various new features to increase the efficiency of the testing process. With the help of this testing mechanism, you can ensure that the web application remains accessible to a wider user base.

5. It is Very Easy to Implement

With the earlier versions of Selenium, the developers had to spend a lot of time in the setup and implementation process. It was also a very complex process and required proper training.

However, with Selenium 4, the setup process has been completely removed. Also, this means that the developers can directly start the testing process without wasting time. Selenium WebDriver also allows the developers to test the web application’s functionality from the browser. 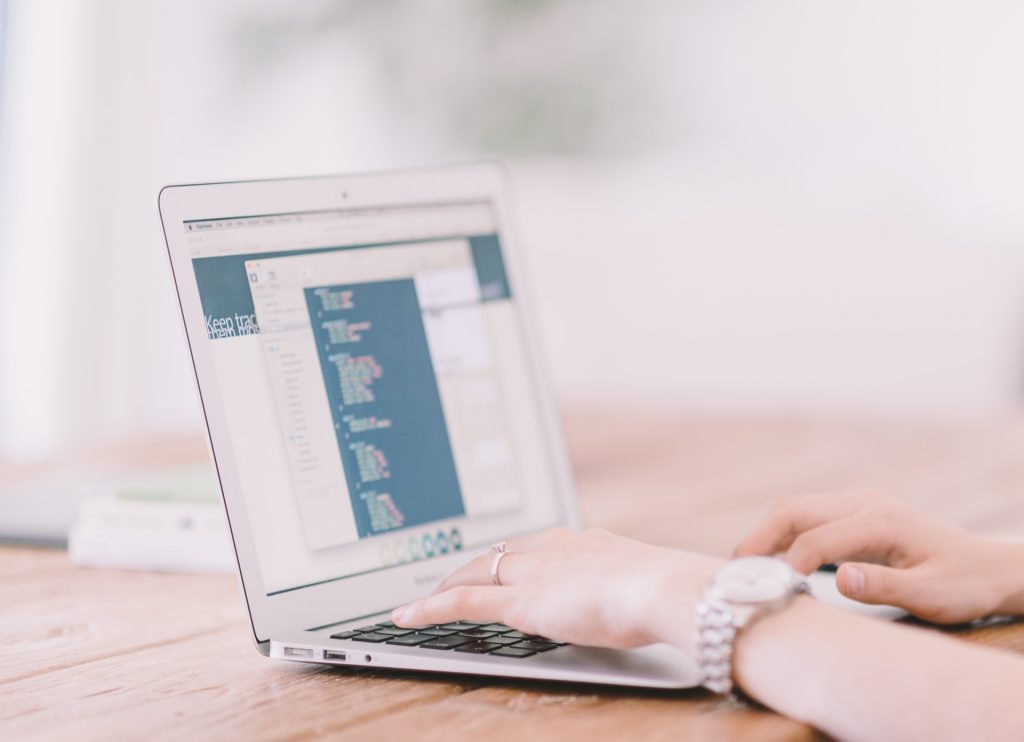 Thus, it is one of the most accessible tools for test automation. It also added new features to improve the time efficiency of the test environment.

6. Selenium 4 Supports the Reusability and Integration of Codebase

Test management is one of the essential features to increase the efficiency of automation testing. Selenium 4 helps to improve test efficiency by providing various features like refactoring and regrouping of test cases. The developers can use this feature to implement multiple changes in the test environment.

For instance, they can make quick changes to the source code, minimize duplication, Reduce complications and improve the maintainability of test cases.

The developers can use all of these features to complete the test cases while remaining within the comfort zone. These are the primary reasons why Selenium is considered one of the most flexible tools for automation testing.

During the early years of software development, the testers had to conduct all the test cases one by one manually. This was a time-consuming process for Complex applications that required various test scenarios. Selenium 4 added a new feature known as parallel testing to solve this issue. 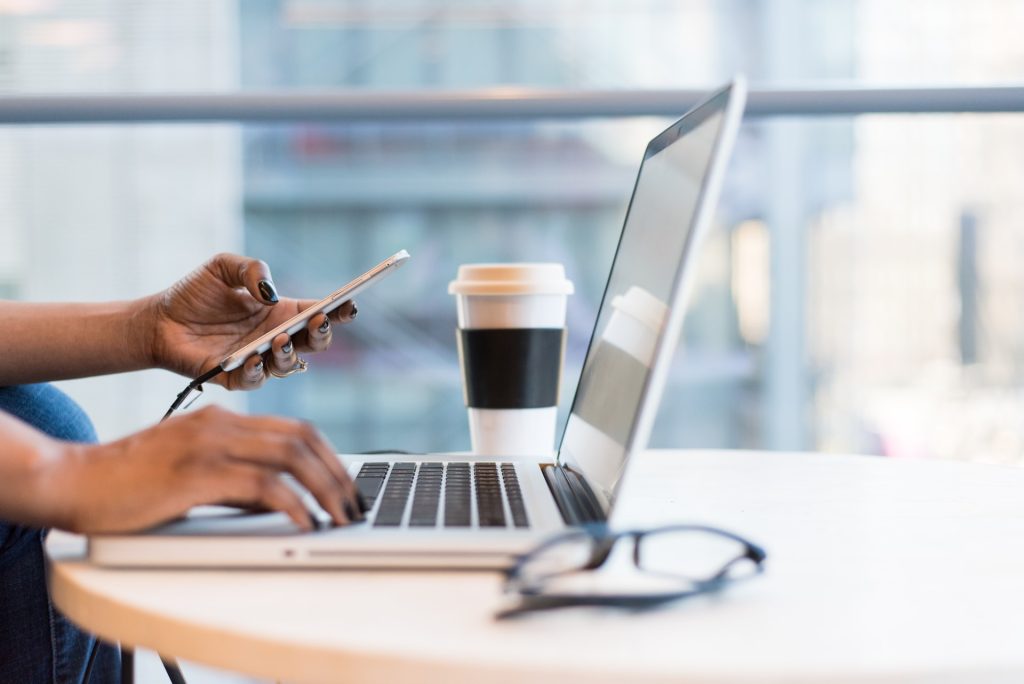 Parallel testing is one feature that ensures the timely delivery of high-quality web applications to end-users. In this competitive web Development Industry, you should aim to release your product as soon as possible. This process will allow you to step ahead of the competition.

Many developers believe that Automation Testing is a hardware-dependent process. It means that your computer must have high configuration hardware to run automation test cases. This belief is somewhat justified for other test automation tools like SilkTest, UFT, and QFT.

However, recent studies have justified that Selenium requires minor hardware for performing automation testing. However, this is very beneficial for individual creators or small startup companies. These people cannot afford to invest thousands of dollars in a test setup.

10. It is Very Easy to learn and Implement

You cannot compare the Selenium 4 test scripts to multiple pages of programming algorithms. With Selenium 4, you have to write a few pages of simple code to create test cases. Using these Simple codes, you can automate the various functional tests on the web application. Selenium 4 allows you to reuse a massive portion of the code base for future web development projects. 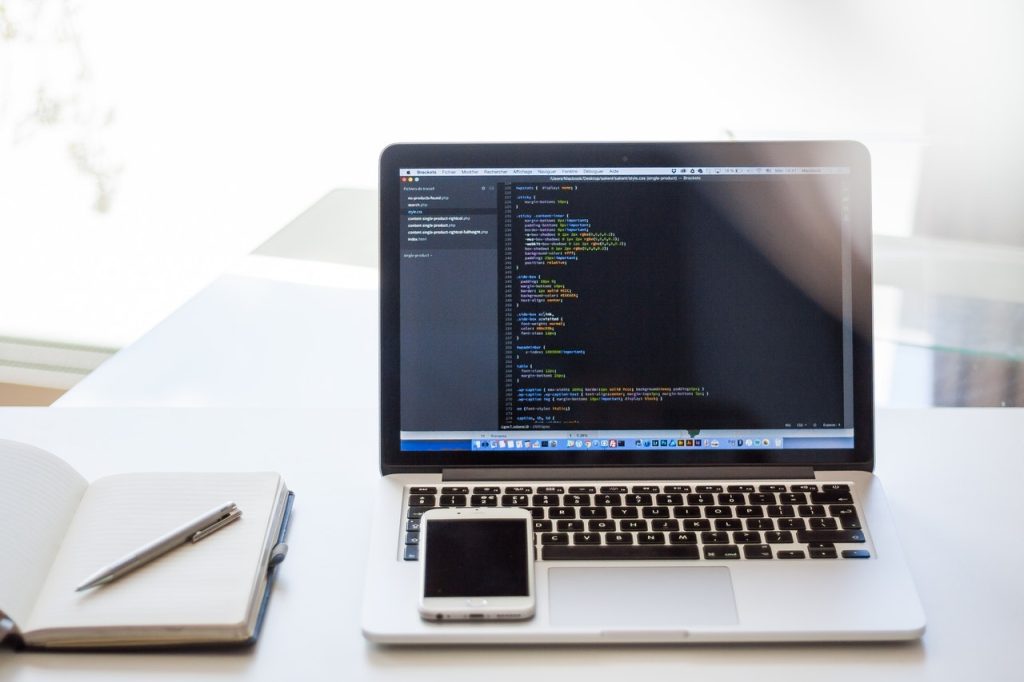 Selenium also has a straightforward documentation process to help beginners in automation testing. With the massively growing Selenium community, you can easily find all the tutorials and guide for every possible problem. Thus, we can easily justify Selenium 4 as one of the most accessible test automation tools.

The Tool Support for Selenium 4

Integrating Selenium with other test automation tools and frameworks will help you improve the testing process’s efficiency.

However, as a developer, you must remember that you cannot simply choose a random tool and introduce it in the test environment. Also, this is because every tool is built differently to serve a specific purpose. You should properly research the development project and the recent automation trends for the tools selection process. 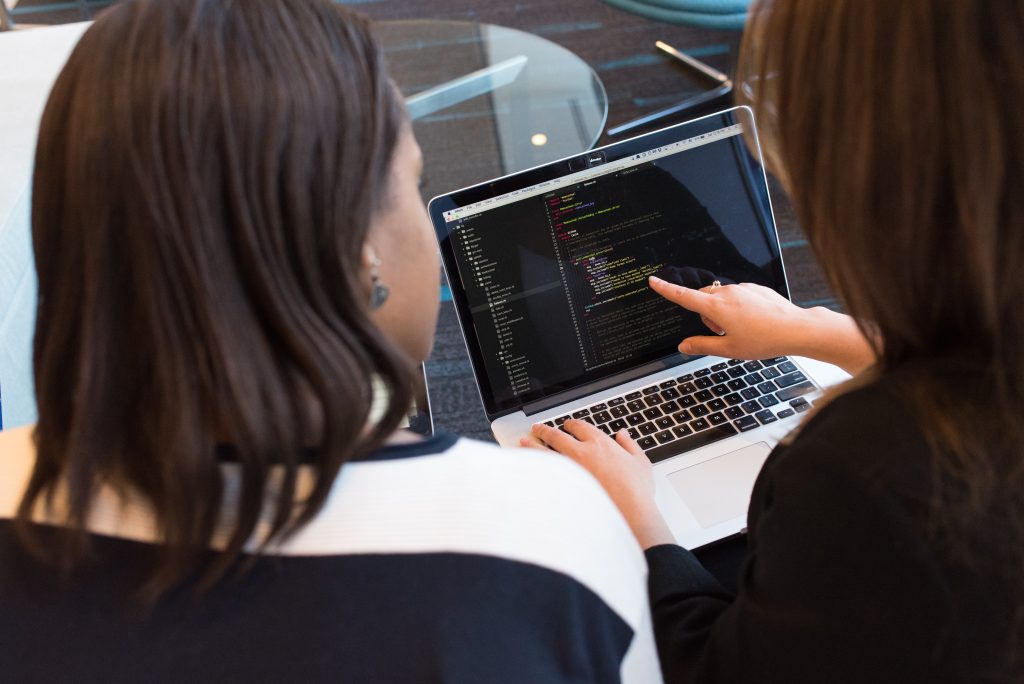 During this process, you should also consider your preferences and project requirements to make the correct decision. Let us consider the example of LambdaTest to understand this concept:

LambdaTest is a tool to perform automated cross-browser testing. It performs all the testing processes in a safe and Secure Selenium grid. Using the cloud interface, you can test the web application’s functionality from anywhere in the world. The parallel testing feature allows you to run compatibility tests simultaneously on thousands of browsers and devices.

LambdaTest also enables you to verify the cross-browser compatibility of locally hosted web applications. Using LambdaTest, you can also test the web application’s performance on real devices. It maintains an activity log to store all the final test reports for future references. You can check the millions of positive reviews of LambdaTest on various user forums.

It is common to be very selective when we have multiple options available. However, we must remember that the primary goal of the selection process is to make the correct decision. In this case, the primary goal is to utilize the full potential of the test automation framework.

From the above article, we can easily conclude that Selenium 4 is the correct choice to serve this purpose. With Selenium 4, you can find various tools to assist you throughout the testing process. One of those factors will guarantee a bright future for your company in the coming yours.