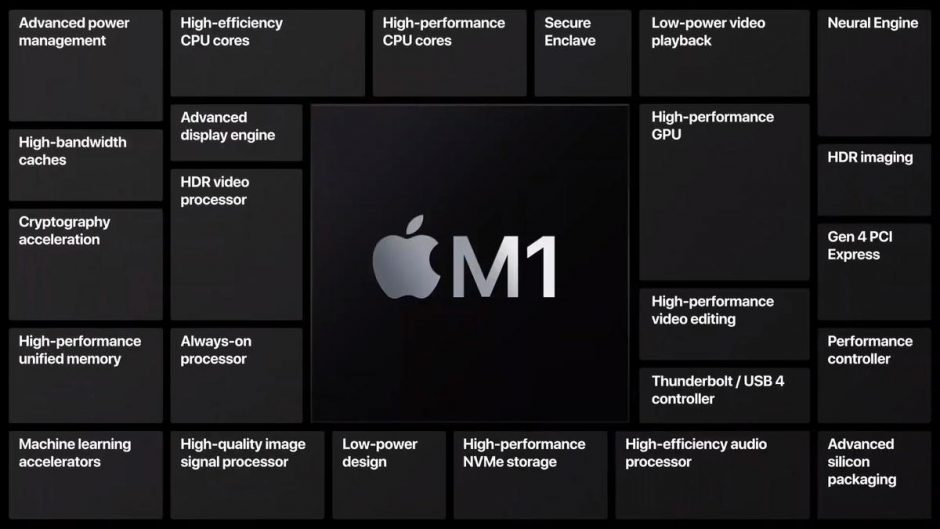 People have been desperately waiting for Apple to launch new Macs powered by Apple M1.

So finally Apple made an announcement to launch a new line of powerful Macs in the November 10th event.

Apple is going to launch three powerful Macs which are built using Apple’s own Silicon processors. This processor is known as Apple M1. It is going to power all the Macs from now on.

It is by far one of the most powerful processors in the world. It features eight cores. There are four high-power and four power-efficient cores. Along with that, there is a custom integrated GPU. It will also sport image signal processor.

This powerful processor also comes with Secure Enclave and Neural Engine. It is manufactured on the 5nm process. New unified memory architecture is used to design it. It makes the processor super-efficient. This new processor will help Macs to deliver three times better performance than Intel processors.

You can easily wake up the Mac from sleep mode in seconds instead of waiting for minutes. Along with a new processor, Macs will work on MacOS Big Sur. This latest operating system will make the Macs better than ever. It will be six times faster. It will be available for all the Macs from November 12th onwards.

It is one of the best selling Mac laptops by Apple. This 13-inch Notebook is a slim, thing and packed with amazing performance. However, with the new Apple M1 processor, you will be able to do all the tasks you weren’t able to so in the previous version. The CPU performance is 3.5X faster. There are faster graphics and faster machine learning.

Apple has also come up with MacBook Pro featuring Apple M1 processor. It will be 2.8 times faster. The graphics will be five times faster, and machine learning will be 11 times faster. It is the world’s fastest pro laptop. The battery life is better. You can browse for 17 hours and play videos for 20 hours. The camera has also improved. You will get the 256GB model at $1,299 and 512GB model at $1,499. It is available in 2 colours, i.e. silver and space grey.

These are the three most powerful Macs of all the time. Apple will transform all the MacBooks with Apple M1 processor in the coming two years. After two years, almost all the Macs will work on Apple’s Si9licon processor.