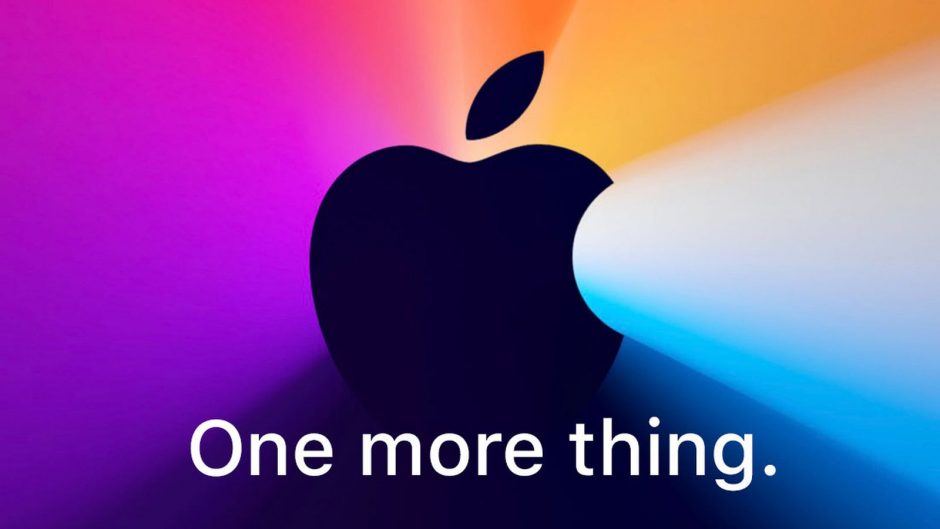 Apple has always been big on surprises, whether it’s launching iPhone 12 series or new MacBooks.

This year, we have seen a series of Apple Events. However, the company has saved the best products for the last event.

Yes, Apple is back with another virtual event known as “One More Thing Event”. The company is going to unleash the all-new MacBook with Apple’s own chipset.

However, it is not the only thing they are going to launch. We can expect Apple to launch a few much-awaited products.

Apple is going to announce a new line of product in their November event. This event is known as “One More Thing”. The name clearly signifies that after launching a plethora of new products and services in 2020, Apple is going to finish the year by launching some of the last products for the year.

The event will take place on November 10th. It will begin at 11.30 pm IST. As it is a virtual event, we can stream the live event from Apple’s website, YouTube, Apple TV or any other third party platform.

The main highlight of this event is the launch of Macs with Arm-based chip. At the beginning of the year, Tim Cook announced that they would stop using Chips made by Intel. Instead, they will use ARM-based Silicon chips.

All the MacBook models are built on Intel chips. Apple has been using it for over 15 years now. However, they are going with a new approach. They have developed A-Series Arm-based processors to power Apple products. Apple uses this same chip in the iPhone and iPad.

They are going to switch to these new chips for MacBooks. These chips will deliver the highest level of performance and consume less power. They are going to launch these new Arm-based Macs in this event. Simultaneously, they will transform all the models of Macs in the next two years.

The company has started providing early versions Mac Mini to developers. It is powered by A12Z processor. There are speculations that there will be three models in the new Mac lineup.

People were expecting Apple to launch AirTags in September, but there was no such luck. However, it is possible that they will launch AirTags in this event. It is a white round shape tag with Apple logo on it. You can put it in your bag, purse or any other place.

It works like a tracker. There is a UI chip in the tracker. You can use the Find My App to track these tags. There are speculations that it will cost around $69 to $99.

These are the three products Apple might announce in the November 10th One more Thing event. We are soon going to experience the real power of Apple’s Arm-based processors.