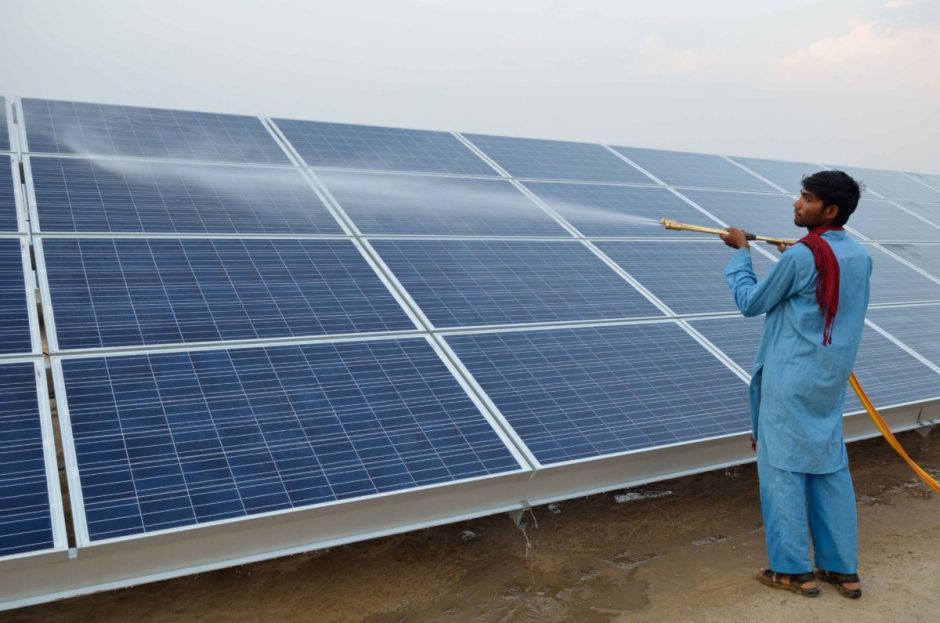 Gone are the days of coal mines and fossil fuels. Nowadays, everyone in the country is looking for renewable power sources.

Solar power is the largest power source on earth. There are some regions where there is abundant sunlight all-round the year.

Bhadla Village in Rajasthan, India is one such region. There are many solar power plants and parks in India but out of all Bhadla Solar Park has the greatest capacity.

After Hero Future Engines started their new project in Bhadla, it became the world’s largest solar park with a total capacity of 2245MW.

The world’s largest solar park is located in Bhadla village. It is a sandy, dry and dessert area. This arid region is unlivable, which makes it a perfect location for solar projects.

The climate is very hot and humid. The average temperature in this area lies between 46 and 48 degree Celsius. It falls under Jodhpur district of Rajasthan State in India.

This solar park has seen the lowest bid of ₹2.44 per kWh. It is the lowest bid so far. Acme Solar has the cheapest project in this park to generate 200 MW power.

This solar park was not developed at once. The development is divided into four stages. It became the largest solar park after the completion of all the four stages. It is the result of a joint venture between NTCP and SECI. NTCP is a state-owned company. They provide electricity across India. SECI is a part of Ministry of New and Renewable Energy.

In phase 1, the capacity of the solar plant was just 65 MW. Small projects were started with 5 MW to 25 MW capacities.

This is the most successful phase of development. The Bhadla solar park commissioned nearly 1000 MW projects. There were two projects. The capacity of the projects was 750 MW and 250 MW.

In this phase of development, new projects of 500 MW power were commissioned. It is during this time; the solar park reached the capacity of 2,245 MW becoming the largest solar park in the world. Adani Company started its own project in this phase.

There is a total of 16 projects under this solar park. Here is a list of all the projects and their capacity.

Before Bhadla solar park reached its full potential, Pavagada Solar Park in Karnataka was the largest one in the world. The total energy capacity of this plant is 2,050 MW. It derived 195 MW less power than Bhadla Solar Park.