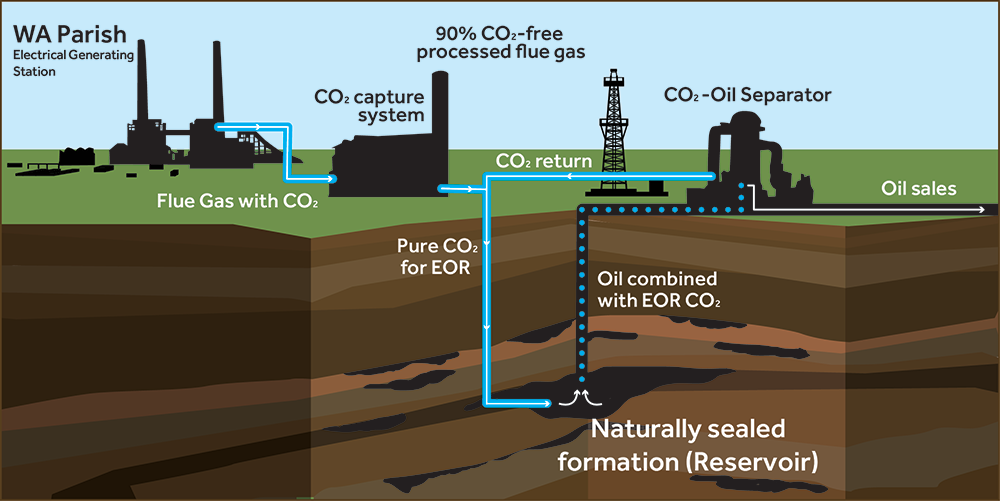 Carbon is the root of all environmental problems. Although there are other greenhouse gases which are damaging our planet, Carbon is the main issue.

To solve the climate crisis, most of the industries, companies and countries are striving to cut down their carbon emissions.

Most of them have taken a pledge to become carbon neutral by 2050. However, it is easier said than done.

In order to achieve their goals, the companies are constantly searching for newer green technologies. It is the only solution to protect our planet.

One such latest technology is CCS (Carbon Capture and Storage). Climate problems are occurring because there is too much carbon in the atmosphere. While becoming completely carbon neutral is possible; it will take quite some time to achieve the goal.

So in order to remove the access carbon from the atmosphere in a quick span of time, the only solution is CCS.

In this green technology, companies will capture the carbon and store it in a place where it cannot damage and enter into our environment.

It is a chain of different green technologies to capture carbon before it reaches the atmosphere. The goal is to capture the carob from all the factories and store in underneath the earth surface.

As we know, carbon dioxide is mostly produced by factories, industries and power plants. So the plan is to capture the carbon before it escapes into the atmosphere.

To this, companies need to install solvent filters in the chimneys. This way, the filters will capture all the carbon before it releases into the air.

Now this captured gas will be transported to another location via pipelines. When the gas reaches the location of the disposal, they will inject the carbon deep under the ground.

This way, most of the carbon will be stored underneath the earth instead of releasing into the atmosphere. However, some amount of carbon will be put to use.

The companies can use some of the carbon to prepare fizzy drinks or to create plastic. They can also use it for growing greenhouse plants.

Currently, there are 20 such projects in operation. However, it is not enough to capture and store all the carbon in the atmosphere.

These projects are of prime importance in such crucial time. We need to become carbon neutral by 2050, or else there will be no future for us.

No matter what technology we use, we cannot completely go carbon neutral unless we have CCS technology.

This technology will help us to reduce global carbon emission. It will also help users to reduce the overall cost of climate control by 70%.

There are some companies which cannot rely completely on natural sources of energy.

Data centres, fertilizer industry, cement and concrete industry cannot function without emitting carbon. In such a situation, CCS technology will help us to capture the carbon.

It is also necessary for boosting the use of hydrogen. As we know, hydrogen production releases carbon. So if we want to use hydrogen without worrying about carbon this technology is compulsory.

CCS technology can help us to reach the goal of becoming carbon neutral in much lesser time. However, every country should invest in this technology to collectively remove all the carbon from the atmosphere.