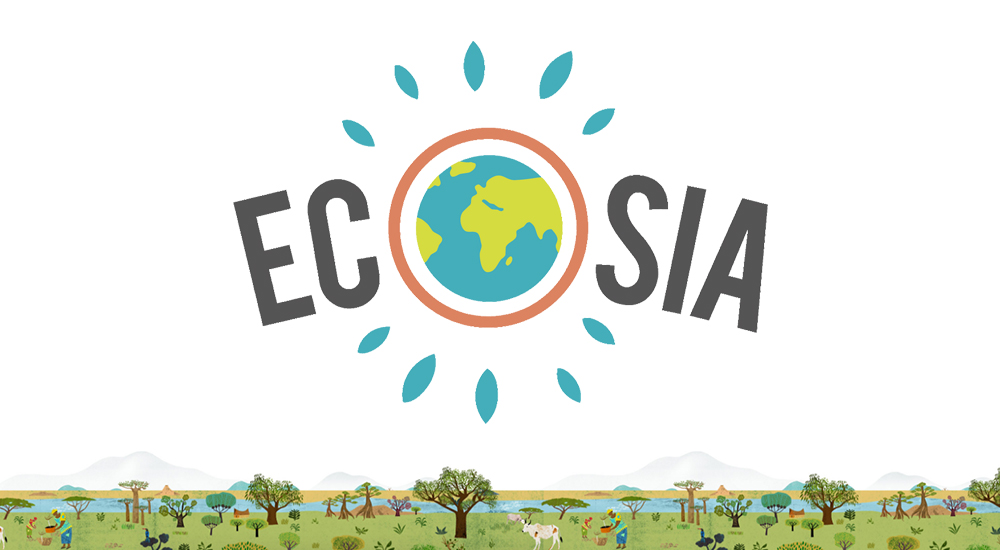 Climate change is the hottest topic in the world right now. If we don’t change our ways in the next nine years, there will be severe climatic problems.

However, many organizations and countries are adopting new and new techniques and technologies to fight climate change.

Ecosia being one of the biggest non-profit search engines has taken various measures to fight the current climate problems.

It is a search engine like Google, where people can search for anything or any topic. However, it is a non-profit organization. Instead of focusing on the revenue, they focus on the current climate change issue.

To avoid the adverse effects of climate change, this organization has come up with a new concept called green search.

If you use this search engine, they will plan one tree for every 45 searches. In just 30 seconds, they will plant nearly six trees in areas where there is no forest.

They will cover the areas where the forest area is disappearing. It will promote forestation and help to protect natural forest areas.

At present, this organization has successfully planted more than 113 million trees. They have covered areas like Brazil, Ethiopia and Madagascar. There are biodiversity hotspots in this area. They have covered nearly 40,000 hectares of land area.

How Do They Work?

They keep in touch with the local communities where the forests are disappearing. Moreover, they approach the countries where the government has no means to carry out such operations.

Currently, we are the verge of falling into the depths of climate change problems. If we don’t act now, it will be too late.

Studies show that if we plant billions of trees around the world, it will help to reduce the amount of carbon dioxide in the atmosphere.

It will be one of the cheapest solutions to solve the current problem. There is no need to waste money on other technologies.

When a single tree is cut down, we lose a potential carbon absorber. And when we burn the wood from the tree, it just worsens the problem.

The story behind Ecosia:

This green search engine is an initiative of Christian Kroll. He is the founder and CEO of Ecosia. He has been travelling in Nepal and Latin America. During his travels, he came across deforestation problems. So in when he came back to Berlin in 2009, he launched Ecosia.

It took time for the search engine to gain traction; however; it became quite popular after a few years. It mostly makes revenue from advertisement.

In the year 2018, he gave away 99% of share capital to a foundation. So instead of working as an owner and for-profit, he and his coworkers work as a support group to boost forestation and tackle climate change.