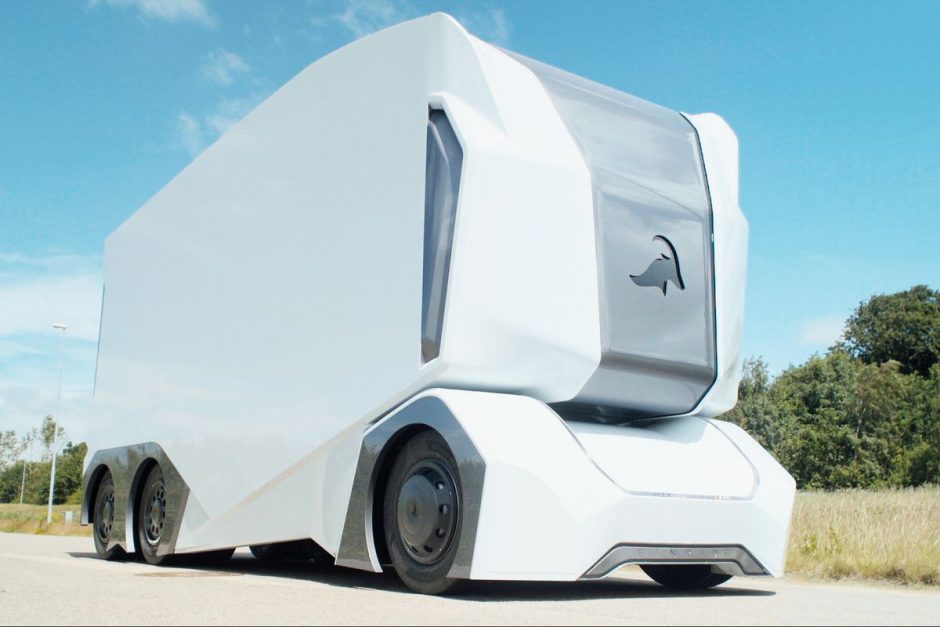 2020 is the era of electric and fuel cell vehicles.

Gone are the days when vehicles used to run only on fossil fuels.

After Tesla, more and more companies are entering into the market of eco-friendly vehicles.

With the growing risk of climate change and global working, the automobile industry is moving towards sustainability.

Companies like, Tesla, Hyundai, Toyota, Nissan, Volvo are entering into the market of eco-friendly vehicles to cut down the carbon footprints.

One can even say that green vehicle is the most important green tech after renewable energy.

It is the next generation pod truck which works on electricity. The best part is that it is a self-driving truck.

It is a Swedish automobile startup. They manufacture autonomous electric vehicles. It was established in the year 2016. At that time, it got a lot of recognition for their prototype vehicle.

Their first official vehicle launch began in 2017. They launched cab-less T-Pod. At that time nearly four models of this vehicle were already functioning on roads.

After that in in the year 2018, they launch another vehicle called T-Log. As the name goes, this vehicle helps in transporting heavy tree logs. It is more powerful than the first model.

Currently, they are planning to go global with the launch of Autonomous Electric Transport (AET) vehicles.

AET is the latest invention of Einride. It is the new set of autonomous electric vehicles after 2018 launch.

This vehicle will be available in 4 different models. The name of the models is AET 1, AET 2, AET 3 and AET 4.

Currently, only two models are available for pre-order. You can place the order for AET 1 and AET 2. The will launch both these models in 2021.

Unlike normal vehicles, there is no steering wheel, pedal or windshield. It is a completely robotic vehicle. They will have the same design as T-Pod.

It will be a sleek white colour truck which looks more like a POD. It will surely take you back to the Jetson cartoon era.

The other two models, i.e. AET 3 and AET 4, will be available in the year 2023. They will have all the same specifications as the first two models. The only difference is the top speed.

These vehicles will run at 45 kph and 85 kph. The speed is quite amazing. It will help with quick deliveries.

A Step towards Sustainability:

Currently, Einride operates only in Sweden, but they are planning to go global with the latest vehicle launch.

Although there are many eco-friendly vehicles in the market, Einride’s new truck will make a difference.

With the growing CO2 emission regulations in most of the countries, organizations and companies are going with eco-friendly vehicles for freight and transportation.

Einride claims that new AET models will cut down the transportation cost by nearly 60%.

Along with that, it will also cut down the CO2 emission by 90%.

It will help all the nations to reach carbon neutrality by 2050.