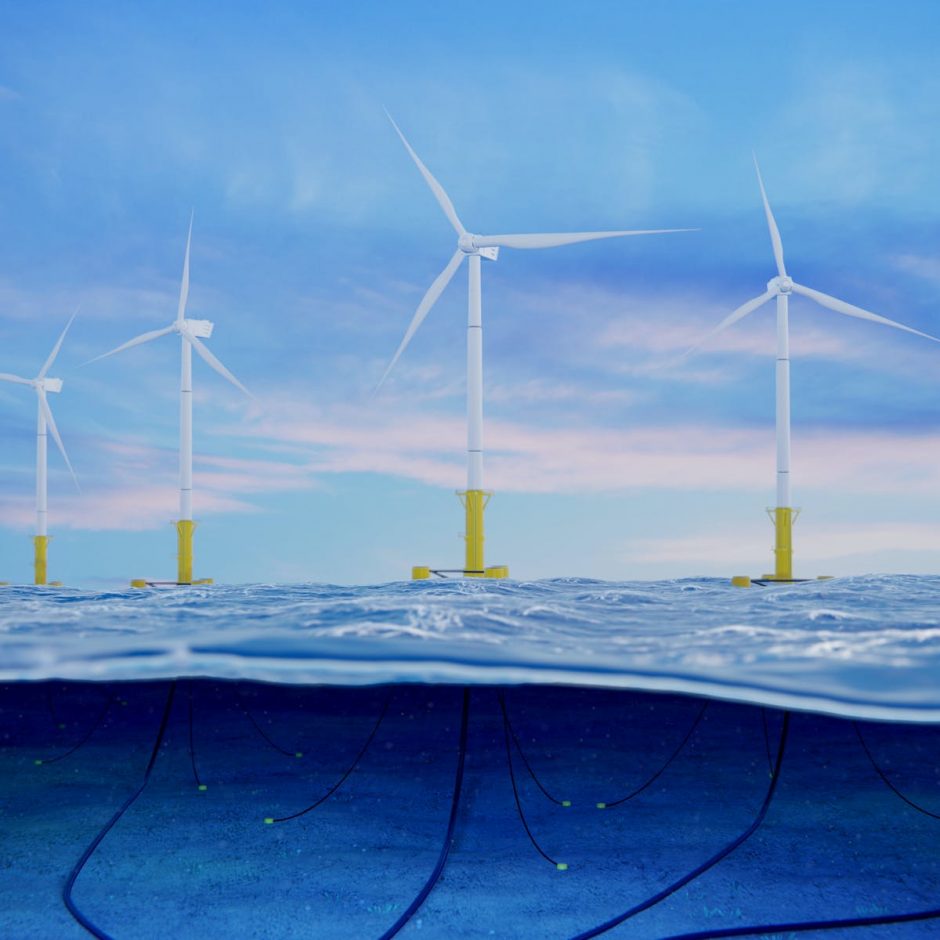 Have you ever seen a wind turbine floating on water?

Well, it is the next big thing in the world of green technology.

We all have seen onshore wind turbines. It is present everywhere all around the world.

However, today the topic of discussion is offshore wind turbines. As the name goes, these wind turbines are set up in between the water.

This concept came into existence three decades ago. In the beginning, the wind turbines were set up on fixed foundations between the water.

It gave rise to the concept of floating wind turbines. Instead of setting up the wind turbines on fixed foundations in the water, they are set up on floating platforms.

It will float and move in the water. However, as a precautionary measure, it will be tethered to the seabed. It is done so that it doesn’t drift off towards beach, ships or ports.

How Does It Work?

Hywind Scotland is the only win farm in the world to use this technology. Most of the mass of the wind turbines is underneath the water.

There are four basic designs to set up this technology in water. Each concept and design is different. Developers are searching for new methods to reduce the overall cost.

Equinor has come up with buoy design for floating offshore wind project. It uses gravity to keep the turbine stable in the water.

They have come up with the semi-submersible design. It will use buoyancy for stability. It is perfect for shallow water.

They are using a square barge for this project. They will create a dampening pool to keep the turbine stable. It is perfect for shallow water.

They are using a tension-leg platform for the project. It uses a taut mooring system to keep the turbine stable. It is cheaper and requires fewer resources.

Why Is It Better?

More than 60% of wind energy in the US can be harnessed using this technology. The fixed turbines cannot be constructed in deeper water. So this tech is the only solution.

In Europe, this technology can potentially generate up to 4 terawatts of power. In Japan, they can generate power up to 500 gigawatts.

It will be a perfect solution for oil and natural gas companies. They can use the power from this technology for operations.

More and more American, European and Japanese companies are entering into the market to harness the full potential of wind energy by using floating wind turbines.

It is the next big thing in the green technology market.