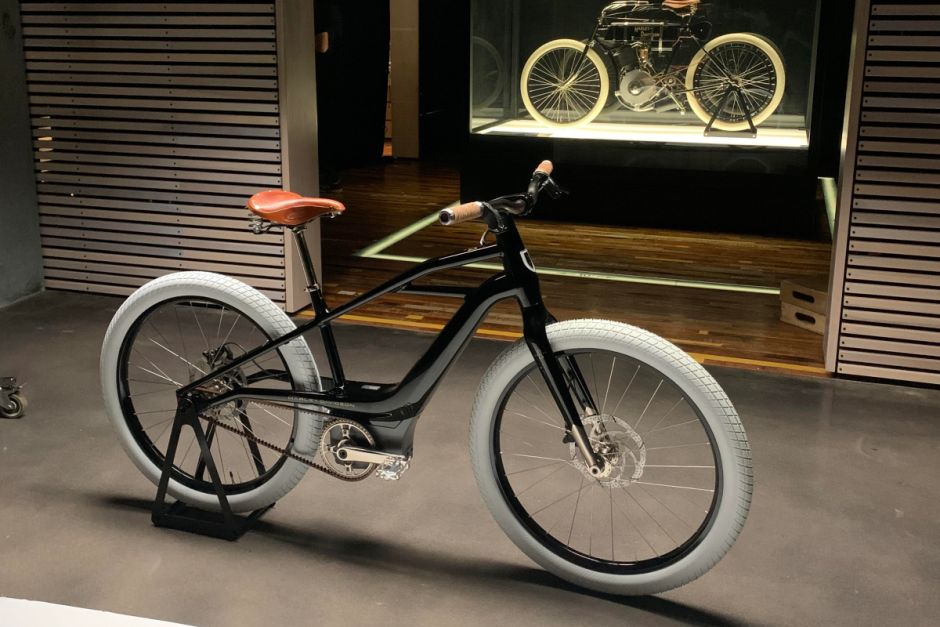 Harley-Davidson is one of the most reputed motorcycle manufacturers in the world. It is a very popular brand amongst bikers.

However, they are going to enter into a separate business of electric bikes.

Last year the company made an announcement about the change in business. Ever since then diehard Harley fans have been waiting for their new project. And it seems like the wait was worth it.

The stunning new e-bike is classy and maintains the essence of Harley bikes. The company is going to manufacture the e-bikes as a separate business. The name of the company is “Serial 1 Cycle”.

The name of the company is very nostalgic. In the year 1903, Harley-Davidson launched a motorcycle. It is one of the oldest motorcycles in the company. The nickname of the bike was Serial Number One. The name, as well as the model of the e-bike, is quite similar to the first motorcycle.

The tires are white instead of black. The saddle is made of brown leather same like the motorcycle. There are two handgrips in the saddle. The frame of the bike is sleek black like all the Harley motorcycles. The first prototype motorcycle is the inspiration behind the e-bike’s design.

This bike is a perfect blend of Harley-Davidson motorcycles and a bicycle. A group of enthusiasts are responsible for designing ad developing this new e-bike. They have been working hard to create an e-bike which can maintain the legacy of the brand.

Speculations about the Specifications and Features:

As of now, there is no information about the features and specifications of this bike. However, there are some speculations about the model. It was made on the basis of the prototype shown by the company last year and the new pictures of the Serial 1 bike.

Harley-Davidson hasn’t been performing well lately. As most of the people have become aware of climate change problems, people are going after electric vehicles.

So to maintain the business, the company have entered into the new business of manufacturing e-bikes.

They are taking huge steps to make this bike easy to operate. They are incusing all the key features to compete with all the other e-bikes.

Last year, the company showcased, three prototypes of e-bikes in a show in Milan. So it is possible that they will launch new versions and models of e-bikes soon under Serial 1.

There are various other e-bikes in the market with the same design and features. The company will face huge competition from Rad Power Bikes, Juiced and Lithium Cycle.

The e-bike market is booming. It is one of the reasons why so many companies are entering the competition. Harley-Davidson will face competition from,

The competition is really big. Serial 1 needs to pack some really good features to compete in the market.