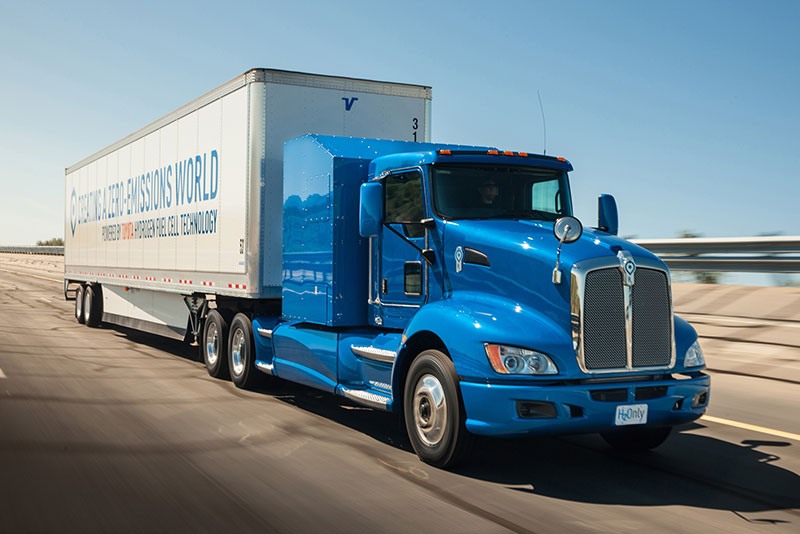 When it comes to hydrogen vehicles, not many companies come forward. Instead, they go for electric cars. However, Toyota has always been big about eco-friendly vehicles.

Toyota Corolla is one of the best and affordable hybrid car in the market. They are into hydrogen vehicles as well as electric vehicles. Both these types of automobiles are eco-friendly.

To top it, Toyota, along with the help of its subsidiary Hino is going to launch a new Hydrogen Truck. With nearly 20 years of expertise in hydrogen vehicles, no one can beat Toyota.

It is going to be the best plan as it is a win-win situation for all parties.

They are going to launch this truck in the North American market. It is going to be a class 8 truck. There is no launch date, but we can expect the development of the first prototype in the next year.

It is a vehicle which uses hydrogen instead of fossil fuels to run. This is the same green technology which is used to fuel the rockets. There are many different types of vehicles which run on hydrogen power.

It is one of the best green techs in the automobile sector. As we know, hydrogen is available in abundant, so it is the best alternative to fossil fuel. However, you cannot use it because it is in impure form.

It needs to undergo a chemical reaction to convert into pure form. The conversion can be done using fossil fuels, natural gas or renewable sources.

Hydrogen is stored in cells which are known as fuel cells. It can be in liquid or gaseous form. This cell converts the hydrogen into electricity to run the vehicle. Studies show that nearly 113 million cars will run on hydrogen in 2050. It will save 200 million tonnes of CO2 emissions.

Competition in the Hydrogen Truck Market:

Nikola is an electric truck company. However, General Motors is going to partner with them to develop Hydrogen trucks.

Another big competition is from Volvo. They normally sell busses. They are going to enter into a joint venture with Daimler AG top develop hydrogen power trucks.

Tesla being the pioneer in electric vehicles, is going to start the production of hydrogen fuel cell trucks in 2021.

It seems like, hydrogen fuel cell trucks will be in great demand in the upcoming years. It is a good thing because heavy-duty commercial vehicles are responsible for most of the carbon emission on Earth. Moreover, it will make freight eco-friendly for all.