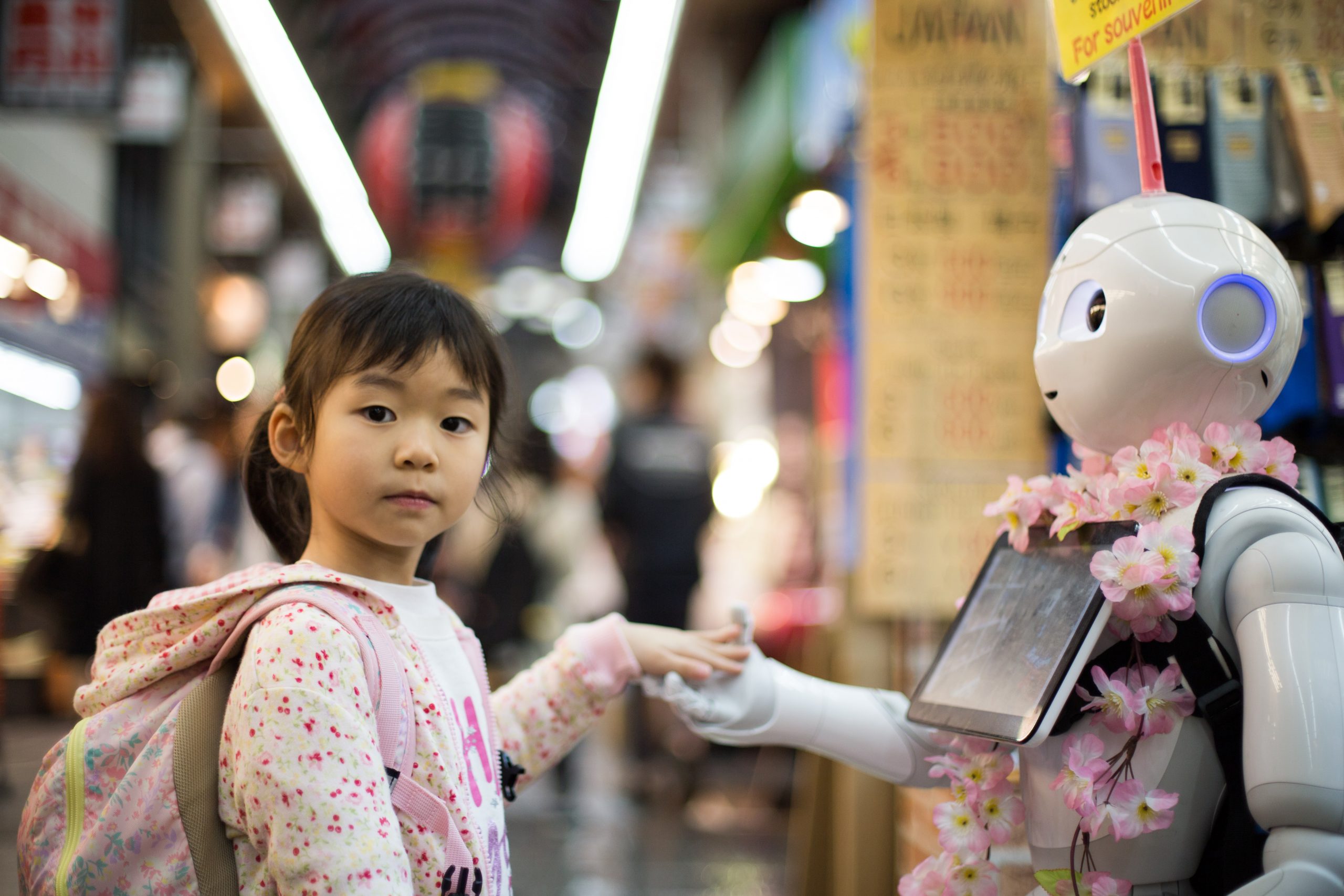 Robots are equipment designed to make human life very easy. The first robot released in the market made everyone go awe with its exceptional features. So, when you all are aware of the excellent functionalities that can be extended by a robot, the next major question is, where did the word come from?

English is a very tricky language and almost all the words that have arisen out of this language have been inspired from other major languages around the world which are widely spoken in the European region, the Asian region, etc.,

There are a lot of misconceptions about the origin of the word. When you look up to the Oxford dictionary for the meaning of the word, you can find that, it says, A metal body based machine which can do all the work on its own when it is designed using Artificial Intelligence technologies, then it is known as robots. They take commands and work based on it. The word despite having its origins from the European languages was successfully integrated into the English language and became a word that was used in everyday terms.

A quick read below will give you the possibilities from where the word robot could have originated. Several possibilities are listed below and you just can’t point at one single possibility alone and mention that this is the reason behind the coining of the name robot.

Rossum’s Universal Robots is the English translation of the play, “robota” or robotics, which refers to the unpaid labour a worker in farmland owes to his feudal lord. The slaves were called vassals. So, the robots would serve the mankind In the European region where the Slavic languages were highly spoken used made use of this word to denote the fact that a person was made to serve the higher landlords.

The robots were designed and manufactured keeping in mind that it would ease the burden of mankind. There are two versions of the plays that were staged back in the 16th century out of which one spoke greatly about the use and the need for robots and the other version which spoke about the downsides of robots.

The play was directed by a famous novelist, journalist, and a sci-fi writer named Karel Capek. Capek initially decided to use the word called labori, but his brother Joseph Capek suggested that he could use the word robot which means slavery. Karel Capek directed a play based on science fiction even before science fiction was a thing in the markets.

So, you can conclude that the word robot was not derived by Karel Capek. It was found in the ancient version of the languages spoken in the Slav region.

What is the story behind the play?

The play named R.U.R which translates into Rossum’s Universal Robots speaks of the artificially designed human beings whose work was to make the lifestyle of human beings much easier. They begin their lives working for their master but eventually they turn against their masters by wiping up the entire race of mankind irrespective of the ethnicities.

When the multiplication of the robots continues, they end up forming a whole new civilization.

The story ends up showing where the two robots end up falling in love with each other and they begin a whole new life.

What was the intention behind this play?

The play that was staged used the human beings as a medium did not project the high tech robots you can see in the industries today, but they were almost similar in physical appearance to that of human beings who worked for their masters based on their commands very tirelessly and they aimed at increasing the productivity at work and the net results were enjoyed by the masters. Eventually, these robots end up doing all the work for their masters. At one point in time, they get fed up with the human population as they do all the work for them and they don’t get to enjoy anything in return. This led to a revolt against their masters and they are killed. This is very similar in lines to the sequences you get to see in films and movies like Terminator.

So, ultimately producing more than what is required for mankind and doubling up the production and flooding up the market with good which is not at all required for humankind at such a massive scale led to the revolt.

How the robots were conceived from the past?

When you browse through the pages of history, you can see that there were several mentions of the word robot in several other contexts.

Back in the 300 AD and 1200 AD, you can see various mentions where efforts were taken to develop some machines which would work for the welfare of human beings. Earlier, it was only mechanical but later the other kind of functionalities got added to it with the coming in of computer science-based technologies.

In the later part of the 20th century, images of robots started appearing in movies. They were found helping humans in doing their day to day chores thus making their lives simpler.

But, with time, one can see the robots getting featured in movies where they end up dominating the entire race by making the humans very much technology-dependent. They will start ruling over the world, thus making very less space for mankind. The figures that were developed in the initial stages to make the lives of people easier turned into a scenario where they become the reason for their removal from this planet.

There was another writer named Isaac Asimov, who in his work, Runabout that was released in the year 1942 projected the robots in much bright light. He mentioned that robots are the servants of mankind. He is also called the father of robotics for he framed the three laws of robotics. Over the period, another law called the zeroeth law has also been framed which was inspired by the laws of thermodynamics.

He also spoke for the need for programming these robots in such a way that they won’t harm human beings in the future.

The robots should be programmed in such a way that it won’t cause any injury to mankind. If in case, the robot faces some sort of trouble or danger from mankind, then it need not obey the orders imposed on it by its master. The robot can do all it can to prove its existence on the planet.

It has been 75 years since he gave out these laws to the world, but there have been significant advancements in the technology, which in turn led to situations where the people have gotten adapted to the new advancements that struck the market and where did the term robot come from throws light on major of these facts.

These days, concepts like artificial intelligence and machine learning have come into a life that speaks of the importance it holds in today’s world. Gone are those days where it was more than enough to code the robots using some of the simplest languages. Back then, the kind and the amount of data that was fed into the robots were very simple and they need not work on it using some of the large calculation methods.

But, these days, the scenario has become in such a way that one has to code the robots in a very high-tech language to derive much benefit from it.

Even going back into the past, the first-ever modern robot was developed in the year 1952 in the state of Kentucky. He developed a robot called Unimate which is an abbreviation of Universal Automation. The robot which he had developed was reprogrammable. After inventing this robot, he wanted to sell it to the business people.

A robot is a machine that can work autonomously at times without any interference from mankind.

The definition of a robot keeps changing with times and one can see the clear difference in it. Sometimes, they are called not to be trusted machines.

These are the kind of machines that can perform any kind of a tedious task with much ease. They are employed in some of the dangerous places in the world.

Today, robots have taken up different shapes in the name of actuators, androids, humanoids, etc.

The name robot has given rise to several other names and it is indeed a fact.

Difference between robot, android, and humanoid

Every word means the same in the kind of functions they get to perform, but in the broader context, each seems to be an advanced version of the other. There is not much difference between the words, but it is indeed important to know what each means. The question of how to differentiate between these terms are becoming wide due to the portrayal of these androids and humanoids in different platforms and screens all across the globe.

Based on how the androids, humanoids, and the other artificial intelligence-based products react to human beings, it is classified for the kind of functions it can perform and be aware of where did the term robot come from.

The Humanoid Robot resembles the human body structure like it has a head, a body, feet, and hands. They are very much similar in appearance to the robots that existed in the past. The only difference is that they can execute commands in a better fashion than the robots that executed the commands in a very advanced manner and you can get to see as to Where did the word robot comes from.

Androids are more or less similar in appearance to human beings and you can see Where did the word robot come from. There are a lot of areas where the androids can be applied. The androids possess a capacity of learning things on their own and then moving ahead with the processes provided to it. It has cognitive ability and neuroscience capacity in it.

Some studies state that androids can even replace human beings in the future in many areas. When speaking of androids, people are only aware of applications like android mobile phones where the operating system is basically android based.

There is a major kind of fear that exists among human beings that when these androids get to communicate with each other, the human to human interaction will reduce very drastically.

The machines that can execute the tasks better with the help of the inputs that have been provided to it is known as a robot. The robots can be controlled from a major distance and it is very easy to operate those robots and you can know Where did the word robot come from.  One can see that the term robot has been defined in the 20th century to speak about the fact that a person can make another person’s life easier by doing tasks for him. So, the term has never changed in the past few years, but the functions it can perform have only changed according to times and be clear as to where did the term robot come from.