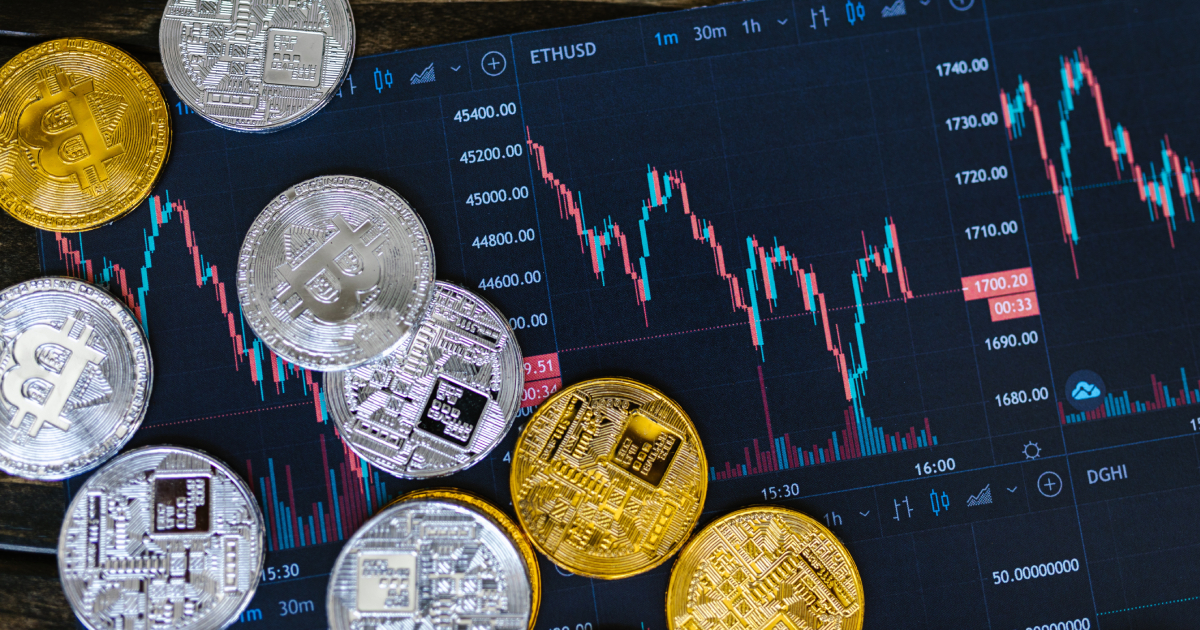 The year 2017 was great for cryptocurrency investors as the average return on investment (ROI) was 1,338%. While the average ROI for the same investment in 2018 was -73% on a year-to-date basis.

If this trend continues, the ROI of most crypto assets will be negative by year-end, based on current prices.

Are we heading into an impending crypto crash? Most signs point in that direction, but not everyone agrees on when.

If you have investments in the cryptocurrency market, it’s important to know when a market decline might happen. Doing so will help you prepare to avoid the loss or turn a profit on the market panicked sell-off.

In this guide, we’ll discuss the current state of the cryptocurrency market, what could trigger a crash, and when it might happen. 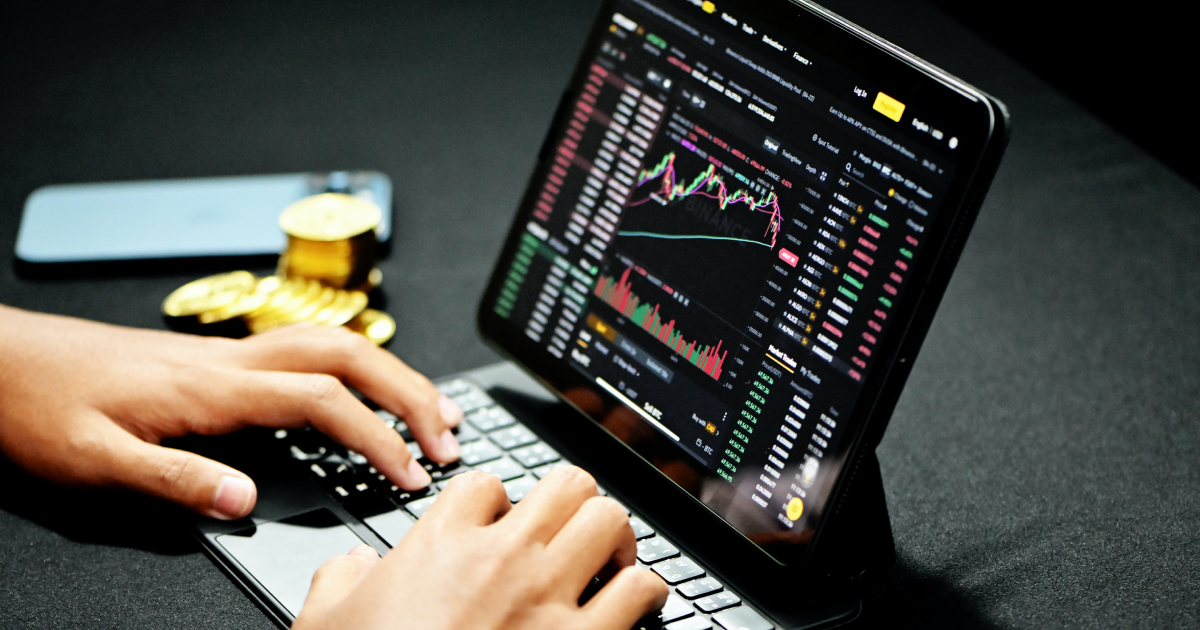 No one really knows where the crypto market crash might go. Some experts believe it is going towards zero, while others think it might recover in the future.

However, the most important thing to remember is that you should never invest more money than you can afford to lose.

Here are some of the things that the crypto market might be going towards:

The crypto market crash is going towards decentralization. It means that the power will shift from the central authority to the decentralized authority.

This will lead to more stability in the market and will allow for more innovation.

Many factors contribute to bearish sentiment, including the continued decline in Bitcoin’s price, regulatory uncertainty, and negative news coverage.

While it is difficult to predict where the market might go, the bearish sentiment will likely continue in the short term.

Reasons for the Crash 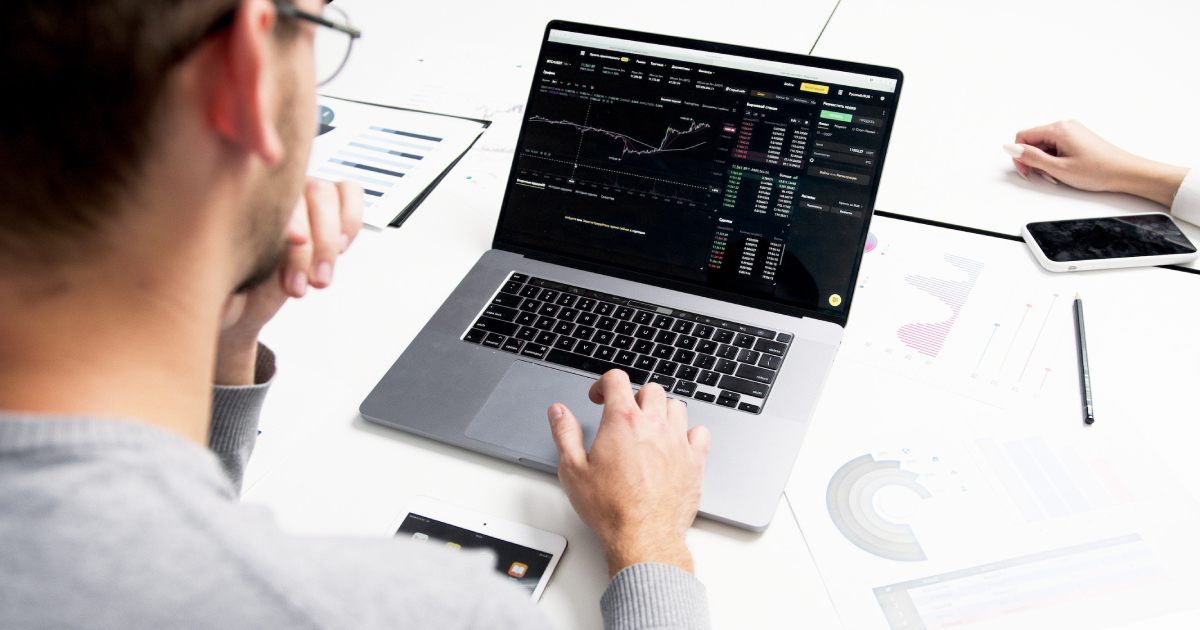 The current crypto market crash is being driven by various factors, among them being the loss of confidence in the market by investors and regulators. This has led to a massive sell-off of assets, with ICOs and exchanges being hit particularly hard.

And also been attributed to a variety of reasons, including:

The cause of this recent market crash is mainly due to regulatory concerns. South Korea, one of the largest cryptocurrency markets, is cracking down on exchanges and ICOs.

China is also taking steps to tighten control over its cryptocurrency ecosystem. These moves by two of the biggest players in space have caused a ripple effect that has seen the prices of most digital assets plummet.

So, where is the market headed? It’s hard to say for sure, but it’s unlikely that we’ve seen the bottom just yet.

The Rollback of the Bitcoin Futures Market 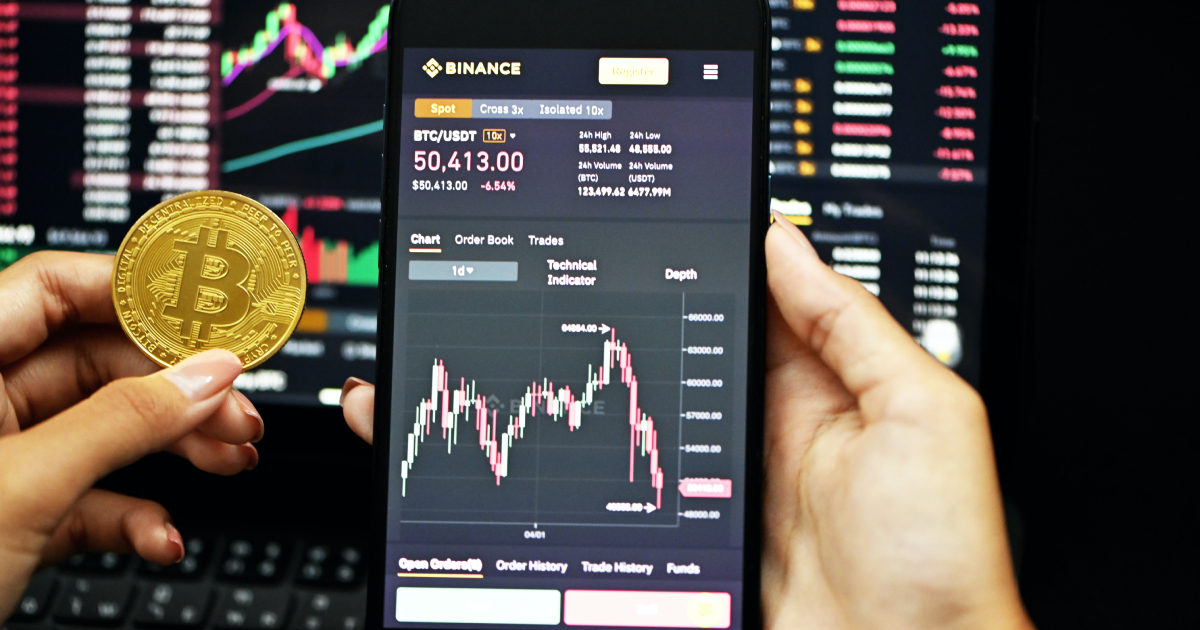 The rollback of the bitcoin futures market is a reality. Bitcoin crashed from its all-time high, and many believe that the market has not yet found a bottom. Some have even called for a complete market collapse, with bitcoin falling to $0.

But it is important to remember that the crypto market is still in its infancy and that there have been many market crashes throughout history.

To this day, many people are still investing in Bitcoin. If you want to find the nearest Bitcoin ATM available, check out bytefederal.com. This will allow people to buy and sell Bitcoin without having to go through a traditional exchange.

A Decline in Demand From Investors

The crypto market crash is likely headed towards a decline in demand from investors. This is based on various factors, including the current market conditions and the overall investment climate.

For instance, the S&P 500 is down significantly from its all-time highs, which is likely to cause a risky asset like crypto.

Also, interest rates are rising, which makes investing in crypto less attractive compared to other options.

Short-Term Effects of the Crash 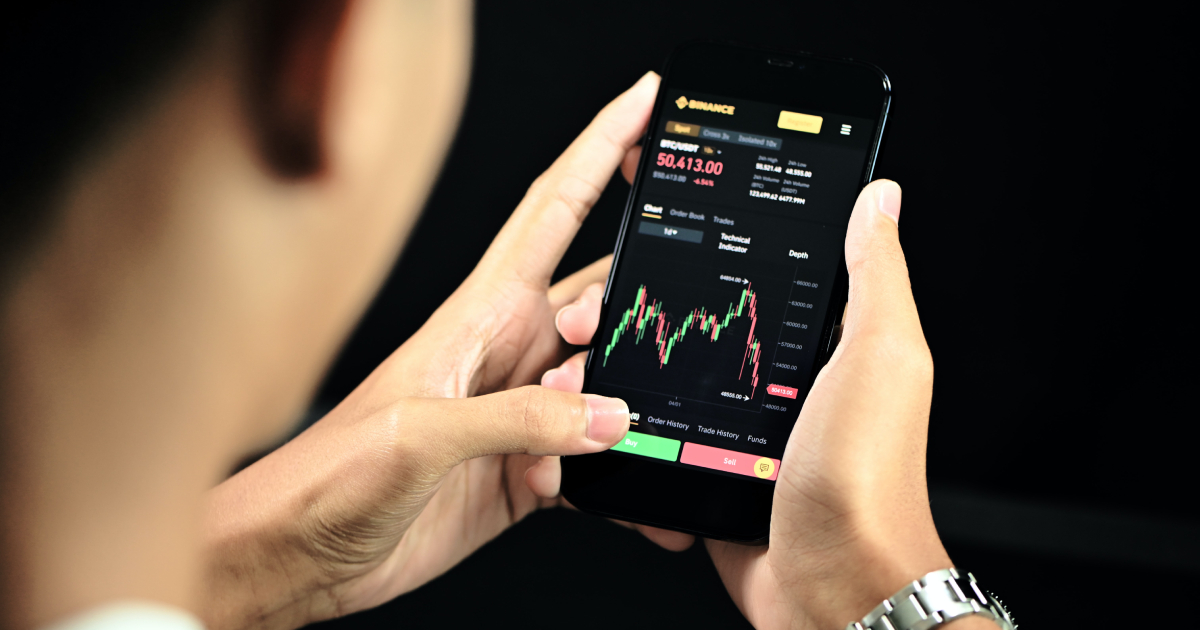 The crypto market crash is going towards short-term effects that will last anywhere from a few days to a week. This is due to the fact that many people have invested in cryptos and are now feeling the effects of the crash.

Below are some of the short-term effects of the crash:

It is unsurprising given the volatile nature of the market and the scenes of mass panic selling that have been seen in recent weeks.

The market is still in a state of flux and it is difficult to predict where it will go next. However, it is clear that the current crash is being driven by a loss of confidence and it is likely that the market will continue to head downwards in the short term.

A lack of buyers can also cause a loss of liquidity. When there are more sellers than buyers, the price of an asset will decrease. This can snowball, causing a sharp decline in prices.

When trading activity decreases, it means that there are fewer buyers and more sellers, which drives prices down.

This is a natural cycle that happens in all markets, and it is nothing to be alarmed about. The important thing to remember is that the market will always come back, and the best thing to do is to be patient and hold on to your investments.

Long-Term Effects of the Crash 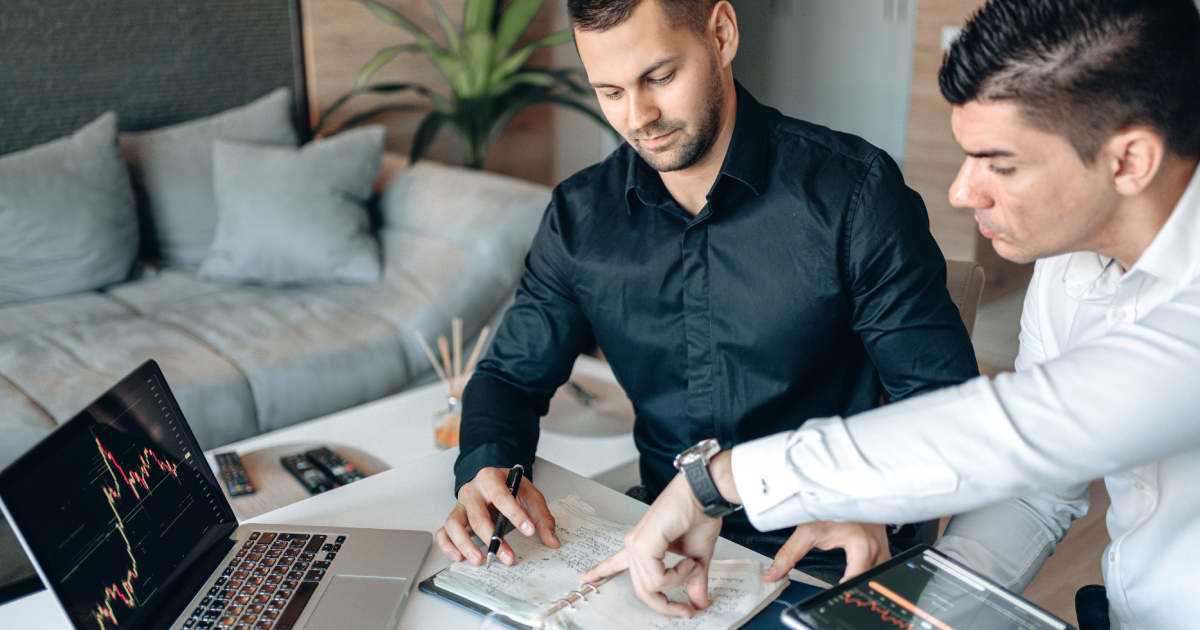 In the long term, the crypto market crash is going towards further instability and loss of value. Some believe that the market is simply going through a correction and will eventually rebound.

Others believe that the market is in a bubble and that the current crash is just the beginning.

There are some effects of the long-term crash, which include:

Investors Lose Confidence in the Market

All confidence in the market has been lost, and there is no coming back from this. Every single day, the value of Bitcoin and other cryptocurrencies plummets further and further down, taking investors’ money with it.

This crash is not only financial but also moral. The entire cryptocurrency system is built on trust, and when that trust disappears, the system collapses.

There is no telling where the bottom is or when this crash will finally end. All we can do is watch from the sidelines as the market comes crashing down.

Prices have continued to drop, with no signs of a rebound. The bear market has been tough on smaller coins and tokens, which have lost a substantial amount of value.

The crypto winter has been tough on all market participants, but especially on those who bought into the hype of 2017 and early 2018.

Many investors are now waiting on the sidelines, hoping for a bottom before buying back in. The future of the crypto market is shrouded in uncertainty, but it seems likely that prices will continue to drop in the near term.

The crypto market is currently in a state of panic as investors fear further losses in value. The market is experiencing more selling and further loss of value, which is leading to a decrease in market capitalization.

This is a result of the recent bearish trend that has been taking place in the market. Investor confidence is low, and many feel anxious about the market’s future.

Can the Crash Be Stopped? 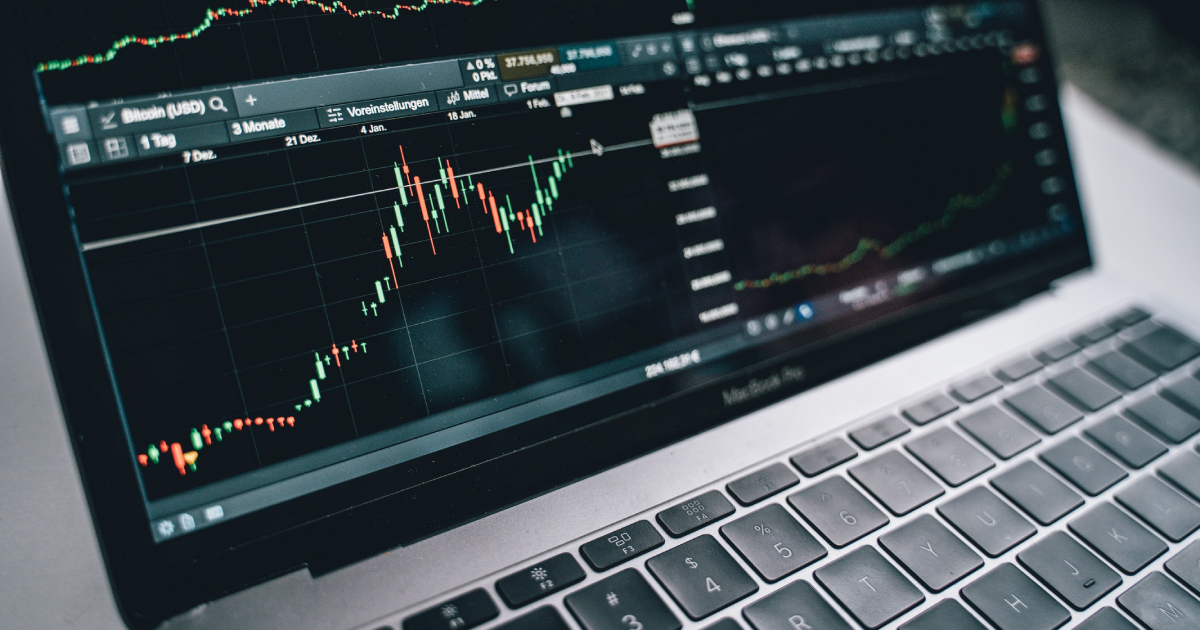 Can the crash be stopped? Most likely not, as the crash is being caused by a lack of demand and an increase in supply.

The only way to stop the crash would be to increase demand and reduce supply, but that is unlikely to happen. The crash will likely continue until the market reaches a point where there is an equilibrium between supply and demand.

So far, the crypto crash has been relatively mild. However, it is still unclear where the market is going. It is possible that the market will continue to decline, but it is also possible that it will rebound. Only time will tell.

In the meantime, investors should continue to monitor the market closely and make decisions accordingly. So, always remember to do your research before investing your money!

Did you find this article helpful? Check out the rest of our blogs!

7 Key Benefits of Managed IT Services for Your Business

4 App Ideas That Are Changing the World

What Do Companies Use for Online Interviews – Top 5 Tools

How to Fix iMessage on iPhone, iPad & Mac