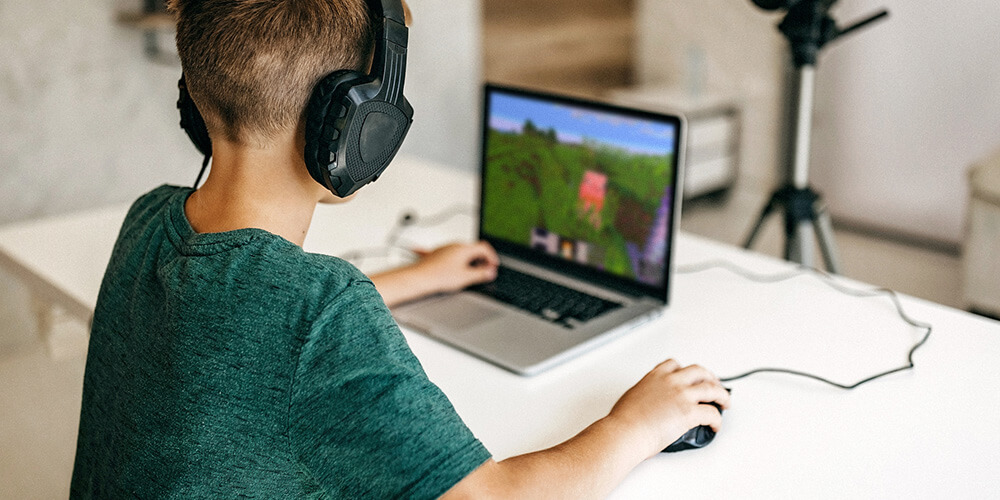 When many of us were young, the types of learning games we had were a bit lackluster. Nowadays, the best graphics are at your kids’ disposal, and they can even play with kits that allow them to build programmable robots!

Does this mean that coding games can make your kids smarter?

At the very least, coding games can teach your children concepts that many of us took a lifetime to learn. Let’s take a closer look at how a young mind develops and where coding games can really enhance that process.

A child’s cognitive development from 6 – 12 years of age

From the ages of 6 to 12, your child is learning some foundational concepts and skills built upon as they grow older. Here are just a few examples of what is going on in your child’s developing mind:

What are coding games for kids, and how do they work with children?

Programming or “coding games” are games that can teach children the fundamentals of programming languages. This is typically done by giving the child puzzles to solve or tasks to perform and rewarding them for their work. The reward could be a small cinematic film with a character they like or, most commonly, a result that helps them better understand the coding language.

For instance, in response to particular commands, a virtual robot could move to where the kid set it to perform a task.

Coding games for kids make learning a programming language fun, and this, in turn, helps to teach your child to focus and think outside of the box.

The cognitive benefits of coding games for kids

The next question, of course, is what kind of benefits come with learning to code at an early age. Coding games for kids help with understanding and learning:

It is believed that learning a new spoken or coding language increases gray matter. Of course, the trick is getting and keeping their interest, which is where coding games for kids can prove to be the perfect fit.

Different types of Coding games for kids for kids

At this age, the recommended approach is an introduction to the foundations of programming. This way, your child can learn the basics without getting overwhelmed too quickly or, worse… bored!

Minecraft: A foundational programming game to grow up with

Description: At its core, Minecraft is like Legos taken to the next level. Players in virtual worlds can break apart and put together different kinds of blocks to just about any ends that they can imagine. Recommended for ages 7 and up, this one has followers at just about the age range.

So, what can it teach your child? Arranging and rearranging the virtual building-blocks in Minecraft teaches your kids the programming basics. They learn creative problem solving, out-of-the-box thinking, and project management. These are skills that can take them far in life, and best of all, what they can do will become more complex based on their understanding.

It’s not just about making shapes, either; people have made entire working games inside Minecraft. Check this one out if you want something your kid will stick with. Minecraft is a keeper!

At this age, your child is ready to start getting into some actual coding, and this is where things will start to get interesting. Let’s look at a program called ‘CodeCombat’ that makes the process interactive and appealing for your child.

Platform: Web-Based. You need a PC or Mac with 4 gigabytes of RAM and one of the supported browsers — Chrome, Safari, Firefox, or Edge.

Description: CodeCombat is a game that can teach your child actual programming languages, such as Javascript, HTML, and CoffeeScript. It can also teach your kids to program in Python, a language used in artificial intelligence programs!

The way that they make it fun is by making it a game. Your child is exploring dungeons and defeating puzzles and monsters simultaneously, learning to manipulate code to achieve their goals. The graphics are excellent and can keep your child engaged, and their desire to explore and beat the dungeons will help to do the rest. This programming game is well worth a look.

Your child is getting a lot savvier about your attempts to sneak in a little learning, so you’re going to need a bigger carrot sometimes to keep their attention. The classic ‘Legos’ have been upgraded for a new generation, and they can really do so much more than the Legos we grew up with.

Description: Lego Mindstorms are nowadays’ Legos, enabling your child to build and program their very own Lego robot. Examples of kits include:

These are just a few examples of what you can build with the Mindstorms sets. The robots’ programming is done in the C language, which is a language used today in games and applications for both PC and Mobile devices. The lure of creating and controlling your robot is almost irresistible for kids, and so Lego Mindstorms is a great way to get them to learn.

Get a jump on your child’s cognitive development

As you can see, an introduction to programming languages through something as fun and innocuous as a video game can have a profound impact on your child’s development. Today’s kids already have access to the internet and electronics that we used to look at only in sci-fi programs. This means that, for the most part, we can only guess where the future will take them.

Whether you are familiar with today’s programming languages, Coding games can help ensure that you are giving your children the skills that they will need for the future. Give one of the programs that we’ve discussed today a try, and you can see yourself.

Don’t you wish that we had these games when WE were growing up?