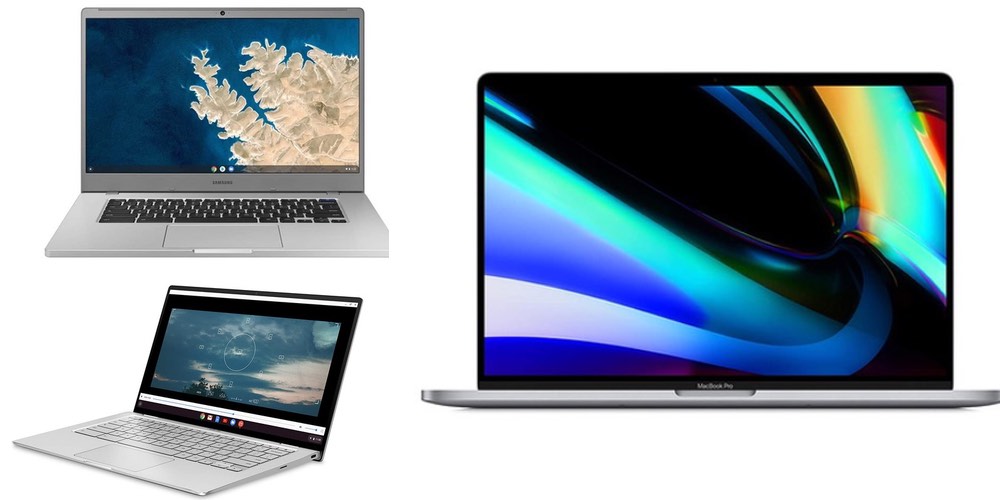 The new year 2021 has begun, and Amazon has started stocking some cool deals on electronics. In today’s deal post, we bring you some of the best deals on MacBooks and Chromebooks on Amazon. While MacBook deals keep coming and going every season, Chromebooks are pretty hard to find at the beginning of the year, so here’s your chance at making the most of these deals and gifting yourself or your loved one a shiny new laptop.

There are plenty of MacBook deals on Amazon, but we have got the three best ones picked out for you. MacBook Air and MacBook Pro with the latest M1 Chipset by Apple. We know that these discounts are not much, but given that these are the latest MacBooks by Apple, it’s worth it!

You are getting $10.00 off instantly as a gift card on checkout, which brings the sale price to $980. The latest MacBook Air M1 is a powerful laptop with Apple’s M1 chipset. The 8-core CPU performs up to 3.5x faster than previous models. It has a battery backup of up to 14 hours on a single charge. The laptop has a 13.3-inch Retina display.

Get the latest MacBook Pro with an M1 chipset for as low as $1,239. The mighty M1 chip is the next big step towards high-end CPU, GPU, and machine learning performance. It is touted to deliver up to 20 hours of battery life on a single charge. The new MacBook Pro has Superfast SSD storage that aids in faster opening and running of apps.

Chromebooks are budget laptops that are powered by Chrome OS instead of Windows or macOS. These are fast and powerful laptops running a Linux-based operating system with many in-built Google apps like Gmail, Word, Excel, Photos, and more.

The Chromebooks also offer plenty of cloud storage in addition to internal storage, which means that you get to save your data on both forms of storage and access it as per your requirement. The Chromebooks are meant for daily tasking and not heavy graphic gaming, so if you need a new laptop to perform essential functions like internet browsing, using apps, writing, then go for it!

Get this Chromebook from Samsung for as low as $419 on Amazon. This convertible Chromebook is ideal for those who love modular designs on laptops and are looking for Chrome OS-powered convertible stocked with Google apps. You also get a stylus pen with this Chromebook to use when it is in tablet mode. It is also a lightweight Chromebook weighing 3 pounds.

Here’s another convertible Chromebook option for you. Get the Chromebook Flip C434 2-in-1 on Amazon for as low as $499. It is a powerful laptop powered by a Core M3 processor with 4GB of RAM and Chrome OS running smoothly.

This Chromebook by Samsung is the latest model in the series. It is a perfect laptop with an affordable price tag and decent performance. You can get it for as low as $285 on Amazon. This model features an 11.6-inch LCD screen, and is powered by Atom x5-E8000 CPU, 4GB of RAM, and 16GB of internal storage.

Well, that brings us to the end of our deal post. We hope you make the most of these deals. Stay tuned with us for amazing deals and discounts!