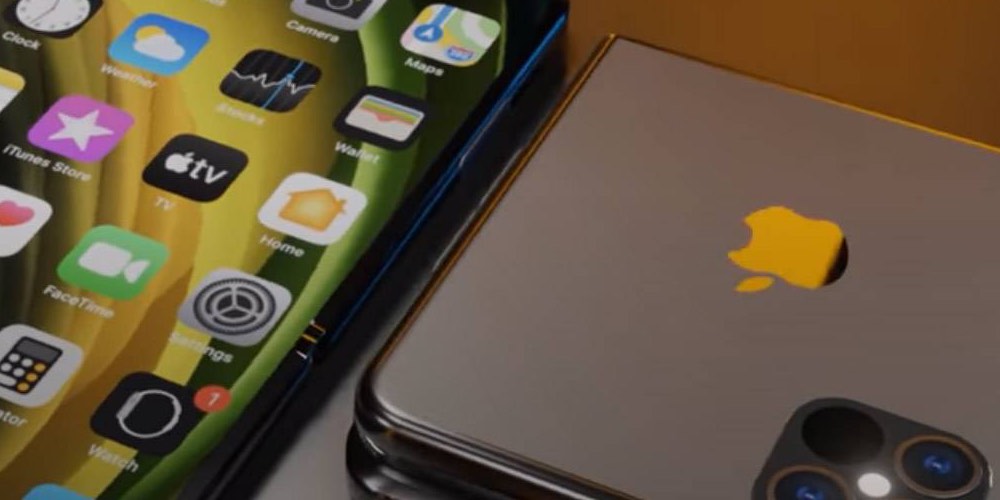 In one of the fresh new leaks around Apple’s 2021 roadmap, the Cupertino giant has been reported to be working on two new foldable iPhones. The company is reportedly stepping into the world of foldable smartphones to rival Motorola and Samsung with two new designs. The report highlights the two designs that are currently in works.

The foldable iPhones are going to be following two new designs. One of the designs will resonate with the clamshell design of Motorola RAZR or Samsung Galaxy Z Flip. The other design shall hit closer to the design of the Microsoft Surface Duo.

Since foldable phones are already on the market, Apple will take every step carefully and ensure that its designs are top-notch to rival Motorola and Samsung’s existing foldable phones. The company won’t be releasing its iPhone before it successfully cracks the code and readies the foldable design for its loyal fanbase.

Apple has never hinted or given a statement suggesting that its next move could be into the foldable phones. Of course, the company has had its patents submitted for the foldable design. But manufacturers usually have thousands of patented designs, and among them, only a handful make their way out to the public. Similarly, Apple has submitted patent proposals for foldable display technology and dual-screen devices.

Apple Tends To Wait Until Perfection

Apple is known for taking its sweet time before releasing any device. The company does not go for a new device until it is sure about its design, functionality, and the potential to lead the segment. The company didn’t launch the Apple Watch – until they achieved perfection and brought groundbreaking features to the smartwatch. And the rest is history. Apple Watch is the most successful smartwatch.

Similarly, the company is waiting out on the foldable iPhone until it gets that one striking feature that could set it for glory. What’s interesting is that this time the company will test two new designs for a product, and we are hoping that it could mean two types of iPhone with different functionalities. One of the designs could be like your token foldable phone, while the other design could form a cross between a laptop and a tablet.

If the reports turn out to be as true as they claim, we hope for a 2022 release of a foldable iPhone.

What’s your take on a foldable iPhone? Do you think Apple would be able to rule the segment? Share your thoughts with us in the comments below.