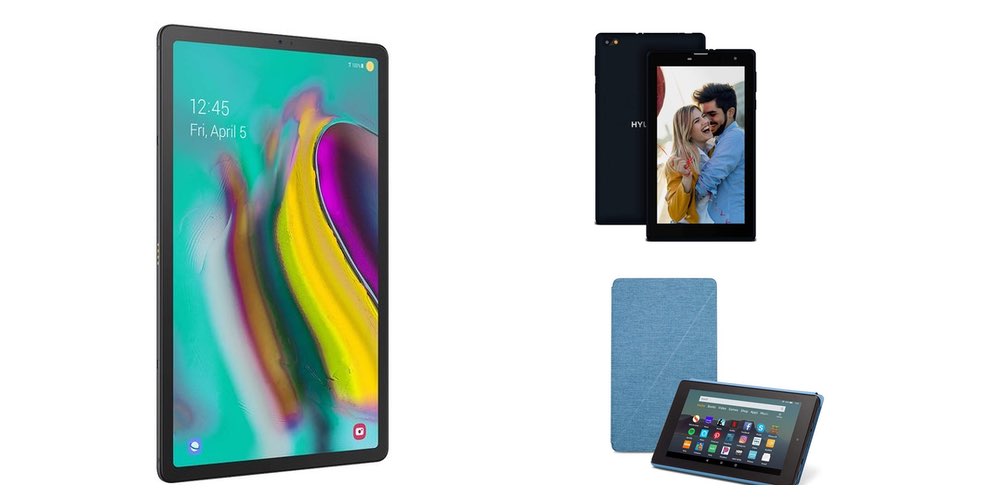 Purchasing an excellent Android tablet is not an easy task, especially when the e-commerce portals are buzzing with some amazing deals. The holiday season has started, and it is pretty challenging to land a great deal on an Android tablet because there is so much to choose from. But don’t worry, we have got you covered.

Today’s best deals post brings you some of the best Android tablets that you can purchase on Amazon for arguably lower pricing. Before you make your way down to the best deals, we suggest reading the complete specs so that you know exactly what you need.

Once you are through the specs you want, check out the deals and see if one of these tablets matches your expectations.

The Samsung Galaxy Tab S7 comes with an 11-inch IPS display, and is powered by a Snapdragon 865+ processor. It also features an S-Pen to get your artistic side activated. On the battery front, the tablet promises up to 13+ hours of backup on a full charge.

Amazon’s tablet lineup also makes for a worthy pick in the sea of tablets. The Fire 7 tablet comes with 16GB of internal storage with Android 9-based Fire OS. The tablet supports almost every Android app, and it can also run other apps. You can make the Amazon Fire 7 Essentials Bundle your own for as low as $82.

On our list, another Samsung tablet is the Galaxy Tab S5e, which is currently available for as low as $289 for the renewed variant. It is a discounted pricing from $343. The Tab S5e comes with a 10.5-inch Super AMOLED display with a battery life that could deliver up to 14 hours of backup on a full charge. The tablet has 64GB of internal storage that can be further expanded via microSD card.

An unlikely contender on our list is the Hyundai HyTab 7WC1, available for as low as $53.99 on Amazon. The tablet has a 7-inch display and is powered by a quad-core chipset. It runs Android 10 with 1GB of RAM and 32GB of internal storage on the software front.

If you were looking for a great tablet to gift your kid, then look no further than the Amazon Fire 7 Edition. The tablet is made for kids and comes with a 2-year warranty and a free subscription to Amazon Kids+.

Well, that brings us to the end of our deals on Android tablets. We hope you are able to make the most out of this holiday season and bring home the gadgets you love.