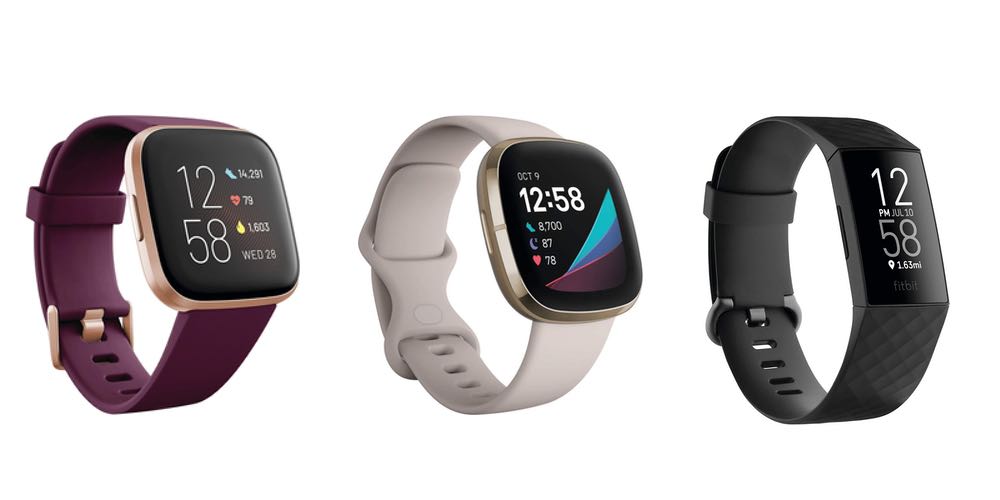 Fitbit is a brand that crosses our minds along the lines of Apple and Samsung when we think about smartwatches. And if you have been thinking about a Fitbit wearable, this holiday season will serve the best opportunity to buy a Fitbit fitness tracker or a smartwatch at considerably lower pricing. And there are plenty of models to choose from.

We’ve got some of the best deals on Fitbit. And we think that the featured smartwatches by the brand will pique your buying interest.

Fitbit Sense is a premium smartwatch in the range and is stacked with plenty of high-end smart health features. Design-wise, the Fitbit Sense looks neat and stylish.

The smartwatch features sensors to measure electrodermal skin activity, temperature, and stress levels. The watch can also do ECG reading to gauge if the user has atrial fibrillation. The wearable comes with multiple fitness tracking features.

Fitbit Versa 3 is also one of the latest launches by the brand. The smartwatch comes with up to 6-days of battery life on a full charge. It comes with Alexa assistance along with support for GPS and also Google Assistant. As a complimentary gift, Fitbit also includes a six-month worth of free subscription to Fitbit Premium.

This one is an older version of the Versa 3. It is one of the significant smartwatches with the best fitness tracking features. What it lacks, though, is support for GPS and Google Assistant.

Check out the best deals currently running for Fitbit fitness trackers on Amazon.

Fitbit launched Charge 4 at the beginning of this year. The model was a significant upgrade over its previous version. The wearable has features like Fitbit Pay, GPS, and more. The watch offers up to 7-days of battery life on a single charge.

The Inspire 2 by Fitbit is a sleek fitness band. It has got features like heart rate monitoring to keep track of your heart’s fitness. The band offers up to 10-days of battery life with 365-days of Fitbit Premium subscription.

The 2nd gen Ace 2 comes with active health features. The smart band tracks overall fitness activity along with sleep activity. It is aimed at the young demographic to stay fit in their forming years.

Well, that brings us to the end of our deals on Fitbit fitness tracker and smartwatches. We hope you find the perfect wearable this holiday season, just in time for your fitness resolutions for 2021.

Stay tuned with us to find more amazing deals!