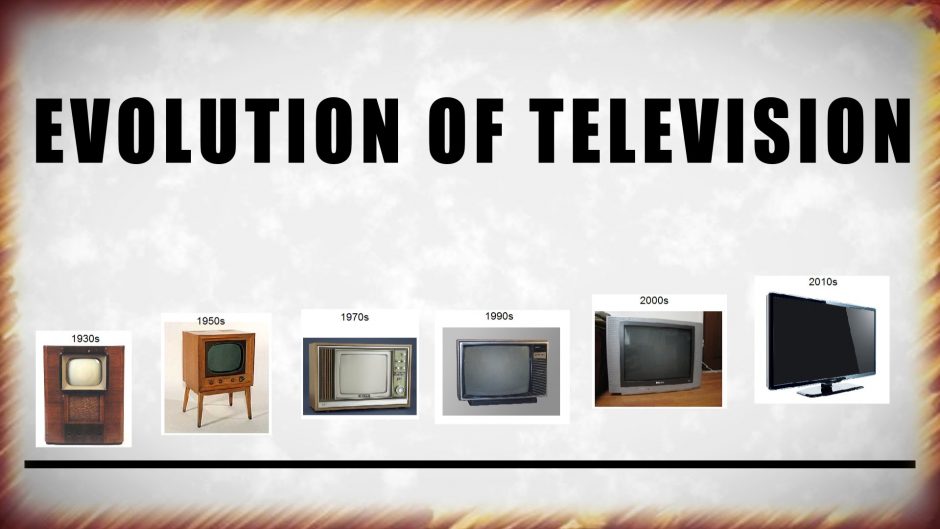 Television technology went through many changes since its inception. One can also say that it is one of the most evolved technologies. And it’s not going to stop anytime soon.

In the early days, television used to run on a mechanical system. Paul Gottlieb Nipkowwas, the man behind this technology. The technology behind TV came into existence in 1884.

Scanning principle was the main technology behind working on a TV. A rotating disk scanner converts a 2D image into signals. These signals make the picture appear on the screen.

When you repeat a series of images at a quick speed, it appears like motion. You also need an antenna on the TV to get a broadcast.

If you compare the first TV with the TV we have now; you will notice multiple changes. TV technology has undergone various changes over a period of time.

During the 1040s, Black and White TV were like a luxury. Only the rich can afford it. Instead of a colorful display, there were only black and white images. The screen was bulky and small. The controls were on the TV panel itself. Charlie Chaplin’s movies were quite famous at that time.

Then came Cathode Ray Tube Technology. This TV technology dominated the first ten years of the 21st century. These were the most common types of TV. During this time TV became a necessity. Almost every household had their TV. These were colour TV. There were three electron beams for colour. Red, Green and Blue were the primary colours. These tvs were bulky and huge.

These were large screen TVs. It was normally used for projection. There were three types of RPTV, i.e. CRT-based, LCD-based and DLP. These tvs were only for commercial purposes.

These tvs are flat instead of bulky. LCD TV is still available in the market. Plasma technology eliminates the use of Cathode Ray Tube, thereby making the screen flat. It uses electricity, gas and ultraviolet rays to generate images on the TV. Many people use these TV screens as a monitor.

LED stands for Light Emitting Diode. This is the highest-selling TV as of now. TV screens are ultra-large. You can get many different types of screen sizes on this TV. Many LED TVs also support smart technology. You can connect it with the internet. These TVs have extra picture clarity. You can use it for streaming purposes as well.

OLED = Organic Light-Emitting Diode. This technology came in 2019. You can find these screens in most smartphones and TVs. Here, there is no pixel lag. This TV is thin and lightweight. You can enjoy watching it from any angle.

QLED Quantum Dot Light Emitting Diode. This is the newest technology. It enhances picture quality and improves clarity. These TVs come with HDR technology which improves the screen resolution. You can enjoy 4K as well as 8K TVs.

Television Technology went from 10 to 100 in just a few decades. The major changes came after the first decade of the 21st century.

Even now, the TV technology keeps on changing. Each year there are some new features introduced in modern TVs.