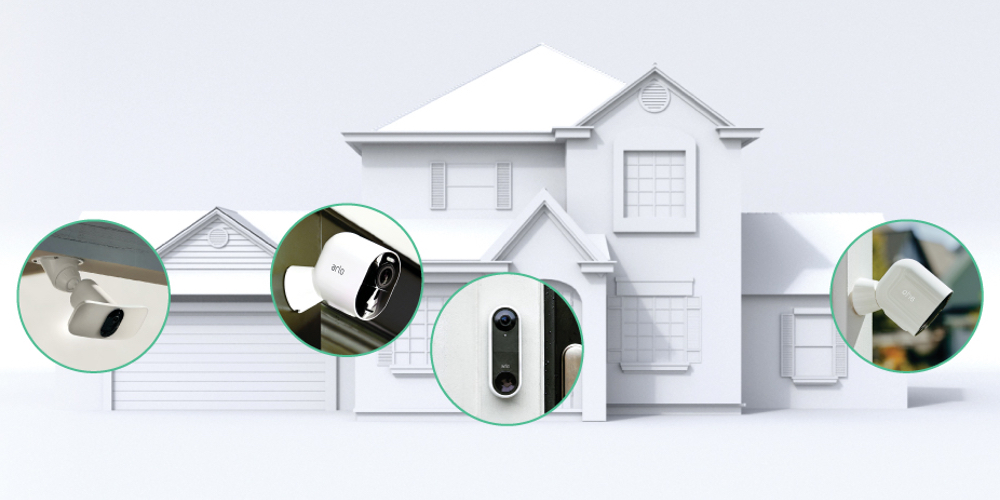 What is the best video doorbell on the market?

A video doorbell is a smart combination of a security camera and a doorbell. Video doorbells send real-time alerts to your smartphone and grant access to watch the live feed in video format to visually see who is at the door and what they are carrying. They also include an inbuilt microphone and speaker for seamless communication with the visitor outside the door, without opening the door.

In today’s world, where we highly depend on home deliveries and other services that require strangers to visit our homes, it becomes more than a necessity to have a video doorbell. Smart home technologies have beefed up video doorbells’ functionality, thus making them highly dependable and effortless to operate.

The video doorbells in 2021 come integrated with WiFi connectivity, motion detectors, video feed recording, and more. Now, without wasting any of your precious time, let’s jump to the top 9 video doorbells that can make your home safer.

The Arlo Video Doorbell is one of the best doorbells that you can get for your home. This easy-to-install doorbell includes the smart features alongside cloud storage that cost just $3 a month to save all your feed videos – the first 3 months are free. It also offers extra and advanced features like custom person, package alerts, and more.

Perhaps one of the most compelling features from the security perspective is the built-in siren functionality. This video doorbell also has a two-way audio feature for communication and motion detection. It streams full-HD 1080p video footage. There’s also a person detection function that alerts you when someone is at the door even if they do not ring the bell, thanks to motion detection sensors.

The SimpliSafe Video Doorbell Pro is a smart doorbell that enables users to check their door without getting up from their seats. They can see who is at the door by simply firing up the SimpliSafe mobile app on their phone. It supports full-HD video recording, dual-audio support, and motion detection.

The cloud storage can be accessed by choosing either the Pro Superior monitoring or a SimpliSafe camera subscription; both plans fall between $5 to $10 a month. By selecting any of the subscriptions, users can access the recording for up to 30 days. They can save the recording and also share it.

The Ring Video Doorbell 2 also supports 1080p HD video recording with night vision. This doorbell also has a dedicated mobile app to alert users whenever someone is at the door.

The Ring app is available for both Android and iOS platforms. And the battery on this doorbell is a removable one that enables users to change it without removing the doorbell unit. It is also weather-resistant and can stand extreme temperatures ranging from -5 to 120 degrees Fahrenheit.

Nest Hello is yet another great one on our list. The WiFi-supporting doorbell allows users to speak to their visitors via smartphones or the built-in microphone and speaker. Users can also have a pre-recorded message to greet their visitors when they are not at home. The doorbell offers a 4:3 aspect ratio for clear videos and uses motion and sound detection to spot visitors.

The video doorbell also has a two-way audio functionality that lets users communicate with the visitor without opening the door. It also has a Familiar Face recognition feature that detects familiar faces like friends, family members, and other frequent visitors.

The Blue by ADT Doorbell Camera comes with some top-of-the-line camera features and is compatible with Amazon’s Alexa voice assistant. It also has a motion sensor, and users can create customized zones for it to work around.

What’s great about the Blue by ADT Doorbell Camera is that it has a DIY installation process. Users can use the existing wiring of their doorbell to install this one without any professional help.

Eufy’s Wi-Fi Video Doorbell is a significant mention on this list. The doorbell camera supports 2K video recording, and it is fully secure with 256-bit data encryption. Users can customize activity zones for its motion sensor to work better.

Like the previous mentions on the list, this one also supports pre-recorded message functionality, and it allows users to set up to 3 messages for their visitors.

It also supports full-HD video recording that can be saved on the cloud, but users have to buy a cloud storage plan to save the videos. The brand offers up to 3 days of free storage on the cloud, and after that, it becomes paid.

Do they work with smart home gadgets like Echo or Google Home?


These days, most smart home devices come with capabilities that make it easier for them to work well together. For example, on our list, we have got several video doorbells that work seamlessly with Alexa and Google Assistant.

What about the latency on video doorbells?


Well, latency issues on video doorbells are bad news. If you have a smart doorbell that takes time to display the live feed, you are at risk. A good camera doorbell should project live feed as it happens, and if it has a motion detector, then that should also work at the drop of a hat.

How clear is the live feed on video doorbells?


Video doorbells are connected to your home WiFi, and usually, the video feed is super clear. However, if you have WiFi speed issues or the lighting situation is bad, it may be a little less clear. But in any case, you will be able to make out of the outside view.

How do you communicate on video doorbells?


Most of the video doorbells come integrated with a two-way speaker and microphone that works just like your phone’s video calling to speak to the visitor outside your door.


Stealing can occur for any tangible product, and there have been some cases where someone has tried stealing the video doorbells to. If your doorbell comes with a siren, like Arlo’s Doorbell, then it will alert before the robber manages to take it out completely.