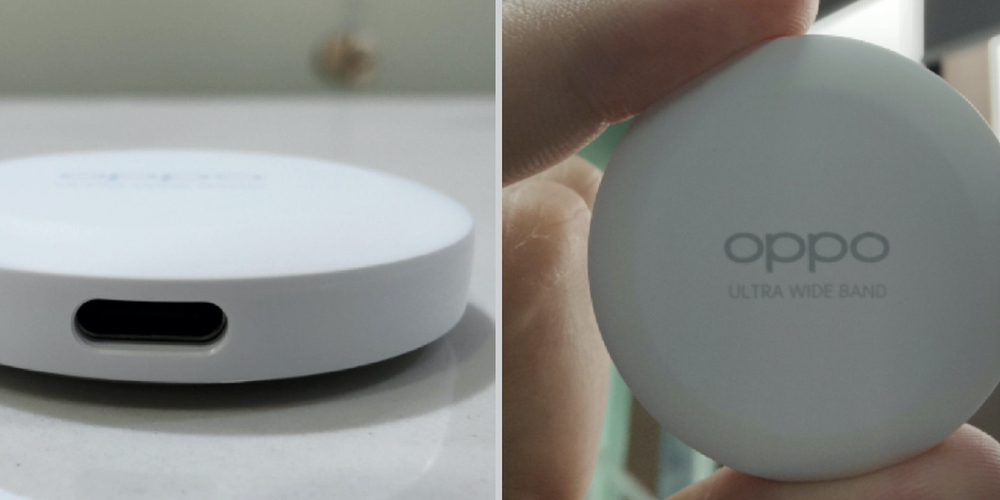 It’s been just two days since Apple made the AirTags trackers official, and it looks like it already has got some competition on the way. Well, it’s like a chain of “inspired” events. Intrinsically, every brand is following the original idea put forth by Tile – the first item tracker. Samsung one-upped Apple by launching Galaxy SmartTag first, and now Oppo is catching up with Apple after the launch of AirTags.

As per the latest leak, Oppo is planning to launch a new Bluetooth tracker. The report about the upcoming device shows a new Smart Tag. We can see the design of these trackers in the leaked images. One of the most important details is that this tracker is expected to come with a USB-C port for recharging the tags, which makes them better than other tags on the market.

You see, both Galaxy SmartTags and AirTags by Apple run on replaceable coin cell batteries. In fact, some Tile trackers also resort to a non-replaceable battery that renders the device non-functioning once they run out of power.

With a USB Type-C port, the Oppo Tile tracker becomes better than any other tracker and more eco-friendly. Of course, it remains to be seen how the device performs on a rechargeable battery compared to those with cells.

The leak also reveals that the tracker would support ultra-wideband radio for enhanced and accurate tracking. Both AirTags and Galaxy SmartTags also support the same. It’s worth noting that a Bluetooth tracker is as effective as its network of devices.

Tile is the oldest player in this game and has built an effective network of tags that support its tracking abilities. Apple can leverage its “Find My” network on its millions of devices to make AirTags more accurate in tracking. Similarly, Oppo should also be able to take advantage of its existing tracking network to make its tile tracker more effective.

With the biggest brands joining the tracker bandwagon, it certainly seems to be the best year for trackers. As per CounterPoint research, Oppo claimed 9 percent of the global market share in 2020 that can be leverages to make its tracker more popular.

However, in the end, it all boils down to the popularity of the brand. And we think that even though Oppo boasts an added advantage with USB C port, it will still lag behind Apple and Samsung, who have a more solid userbase.

What’s your take on the Oppo Smart Tag? Do you think it will become a bigger hit than other trackers on the market? Share your thoughts in the comments.