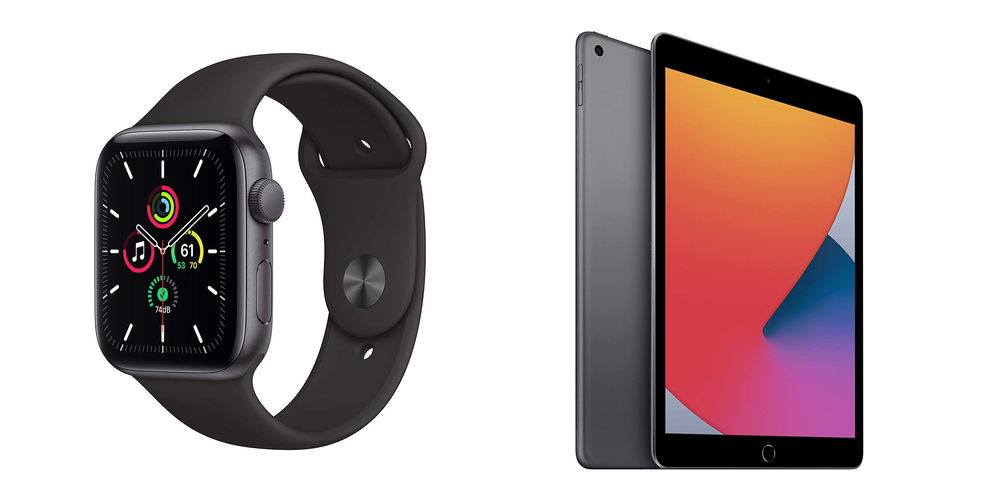 We bring you some fantastic deals around two of the most popular Apple products – iPad 8 and Apple Watch SE in today’s deal alert. So, if you have been in two minds about what gadget to get your loved one this Christmas, then you are in luck!

Apple iPad 8 Deal: Here’s What You Get

Apple iPad 8 makes for a great Christmas gift. The tablet comes powered with Apple’s in-house A12 Bionic chipset, 32GB of internal storage, WiFi connectivity, and up to 10 hours of battery backup.

What makes this deal appear sweeter is that the iPad 8 is one of the latest models in the lineup, so you do not compromise on the relevance here.

The A12 Bionic chipset on this tablet is a clear winner with its Neural Engine capabilities and superfast performance. On the display front, you get a 10.2-inch Retina screen that makes the viewing experience amazing.

You also receive the support of the first-gen Apple Pencil, but just to be clear, it needs to be purchased separately and is not part of the package. So, if you are one of the creative souls or are gifting this product to someone who is, then they can leverage the power of Apple Pencil for churning out inner artistic capabilities.

Here’s a quick rundown of all the specs you get on the Apple iPad 8:

Apple Watch SE Deal: Here’s What You Get

Another hot deal coming from the stables of Apple is the Watch SE in Black color option. The Apple Watch SE is yet another amazing choice for a Christmas gift.

The wearable is listed at $269 on Amazon with an applied discount of $39. The original pricing for Apple Watch SE Space Gray Aluminum Case with Black Sport Band is $309.

The Apple Watch SE is also one of the recently launched products by Apple. It is a lower-priced version of the Apple Watch, but with a larger display and powerful hardware to back it.

One of the Apple Watch SE’s best features is its large Retina OLED screen with rounded edges that give it a modern outlook. Connectivity-wise, you get GPS support that tracks all your outdoor fitness activities like running and walking.

Another exceptional specification is that this watch is swim-proof and records all your swimming data via the Workouts app.

This is one of the best deals that you can get on Apple Watch right now. Grab it before it runs out of stock.