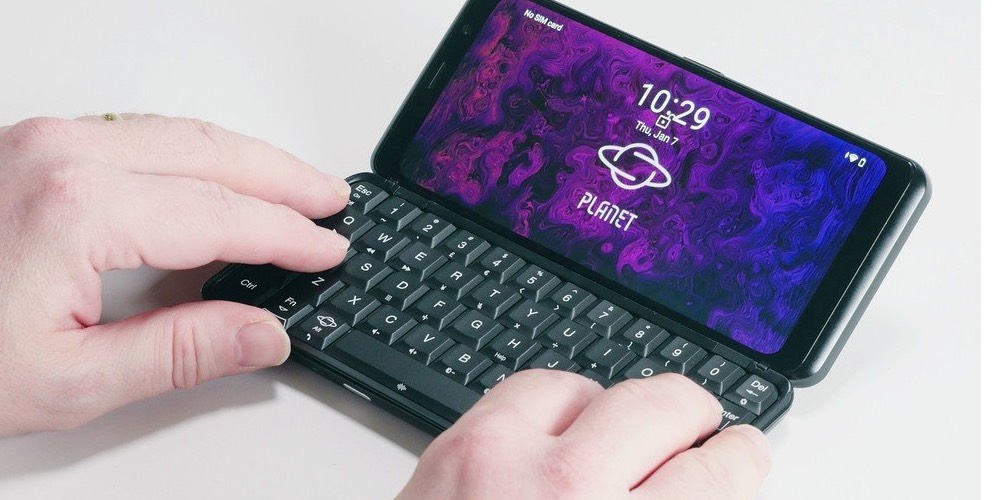 In the early 2000s, when the world worked without a touch phone, we had Nokia’s communicator phone with a slider keyboard. The premium phone’s claim to fame was its physical keyboard design, followed by other makers like Sony in the P990i smartphone. Fast forward to today’s time; we live in a world dominated by touchscreen phones and devices. But we still get a good kick when we see a device with a physical keyboard, and that’s what the Astro Slide 5G smartphone makes us feel.

Today, Planet Computers revealed some of the specifications for its crowdfunded Android smartphone, the Astro Slide 5G. The phone claims to be a ‘mobile computer’ and features a full-fledged slider keyboard design.

The phone has a slider physical keyboard hiding beneath the full screen. The phone debuted on crowdfunding portals like Indiegogo and Kickstarter, and from there, it received substantial support from the tech community to launch successfully. The Astro Slide 5G is expected to start shipping in summer 2021.

The 5G-ready phone’s slider keyboard design makes it a good crossover between a mini laptop and a smartphone. It rocks a hinge slider mechanism designed by Martin Riddiford.

Concerning optics, the Astro Slide 5G phone features a 48MP primary lens on the rear and a 5MP selfie camera. It has 8GB of RAM with connectivity support for 5G. The phone features a 6.39-inch AMOLED display with Gorilla glass protection. Other connectivity options on the phone include WiFi, NFC, Bluetooth 5.0, and more.

The Astro Slide 5G is a quirky smartphone; it has a different design and a unique software capability. It is a one-of-a-kind dual-booting smartphone that runs both Android and Linux OS. The phone runs Android 11 software out-of-the-box along with support for Linux.

Under the hood, the phone is powered by a MediaTek 800-series chipset. Earlier, it was supposed to come with a more powerful 1000-series chipset, but it somehow had to settle for a lower-powered SoC. MediaTek’s 800-series SoC competes with Snapdragon 765 chipset.

Do you find the Astro Slide 5G a breakout phone? Share your thoughts with us in the comments below.