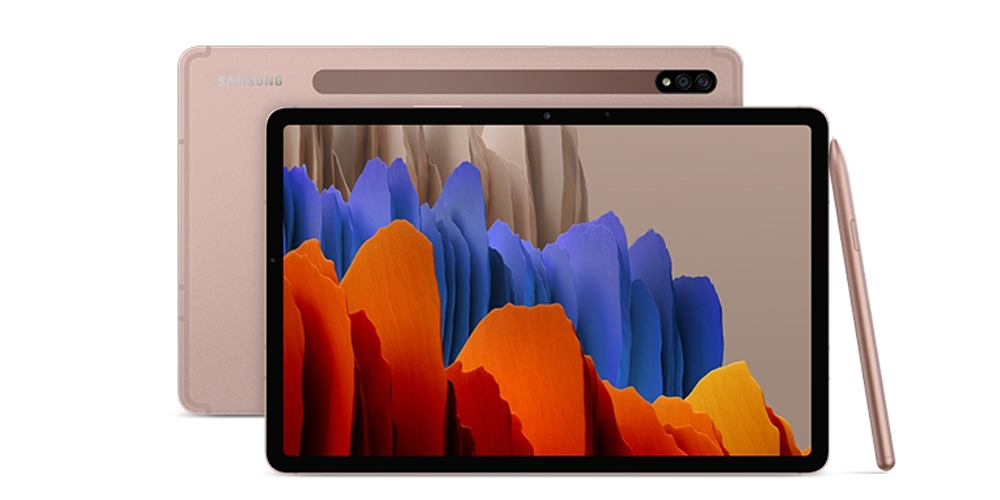 The holiday month is the best time to buy the gadgets you have been planning to own for quite a while. For this deal post, we have compiled a neat list featuring the best tablets on discount. Right from Samsung Galaxy Tab S7 to Amazon Fire tablets, this list has got them all, so put on your buyer’s hat and get ready to seal the deal with your favorite.

Without further ado, let us walk you through some exciting deals!

The Samsung Galaxy Tab 7 lineup is regarded as one of the best under Android tablets. You can grab the Tab S7 and S7 Plus with a massive discount of up to $500.

Let us break down the deal for you so that you can make the best decision. You get $100 straight off as a discount, and if you have an old device for exchange, you can add up to $400 to the discount cart.

The best part is that you can exchange any device (not limited to a tablet) for fetching the additional discount. Samsung offers a varied list of devices to choose from under the exchange panel, so the chances are that you could get that discount even if you have an old smartphone up for the exchange.

Coming to the specs and features of the Samsung Galaxy Tab S7 and Galaxy Tab S7 Plus, both the tablets run Android 10 out-of-the-box. They are powered by Snapdragon 865+ processors with up to 8GB LPDDR5X RAM and up to 256GB storage.

Amazon has a dedicated lineup for tablets called Fire tablets. They are an affordable range of tablets, with many models falling under $100. The screen size variations include 7-inches, 8-inches, or 10-inches. All of the Fire tablets are powered by Amazon’s in-house Fire OS. Although you miss out on the Play Store on Fire tablets, Amazon makes up for that with Kindle, Prime Video, and other features.

Here are the Fire tabs on sale:

There’s also a great deal running for Microsoft Surface tablets. These heavy-powered tablets come backed by an Intel Core processor. You also get a large screen and excellent connectivity. Surface tablets are ideal for the ones who want a tablet to replace their laptop. Check out the best deals below:

Well, this brings us to the end of our post. We will be adding many more deals in the coming days so that you don’t miss out any great one!

Stay tuned with us!

Google May Withdraw Search From Australia Over A New Media Code

Google Messages May Soon Stop Working on Some Android Smartphones

This Wristband Lets Your Boss Know If You Are Sad, Happy, or Stressed

Here’s Our First Look At Motorola’s Next ‘Flagship’ Phone

WoahTech – Your one-stop online destination for mobile tech, including how to use, buy, sell, build, and more!

You can find out more about which cookies we are using or switch them off in settings.

This website uses cookies so that we can provide you with the best user experience possible. Cookie information is stored in your browser and performs functions such as recognising you when you return to our website and helping our team to understand which sections of the website you find most interesting and useful.

Strictly Necessary Cookie should be enabled at all times so that we can save your preferences for cookie settings.

If you disable this cookie, we will not be able to save your preferences. This means that every time you visit this website you will need to enable or disable cookies again.