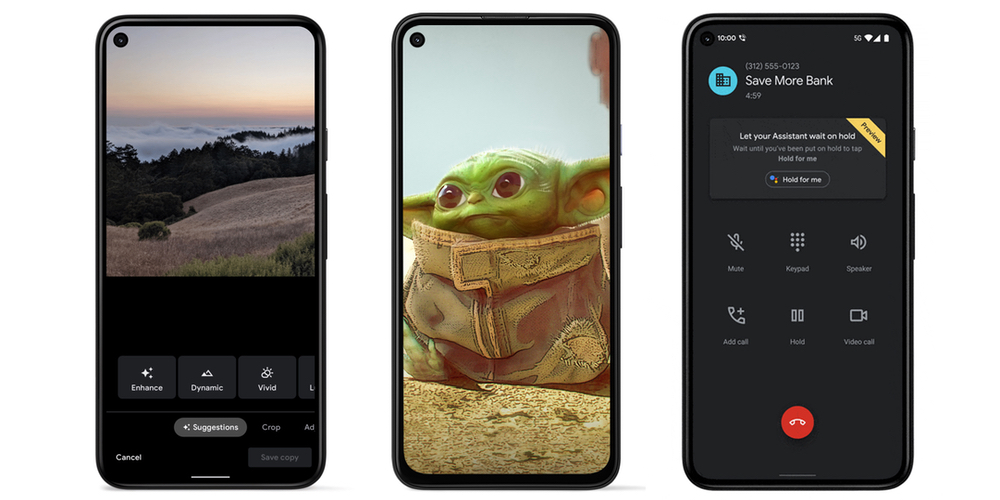 Google has thrown in Pixel 5 features with a December update for Pixel 3 and Pixel 4 phones. Plus, there is an extra offering for The Mandalorian fans.

Among the many new features, older Pixel users will be getting the Extreme Battery Saver mode to save battery life by limiting apps and other power-consuming elements. It also includes the latest Google Photos editor that utilizes AI power to let users make edits with a single tap.

Additionally, the Adaptive Sound feature improves the speakerphone output based on the surroundings.

What else? Pixel users now get Google Duo screen-sharing functionality in group calls. Another feature backed by Google Assistant (Hold for Me) assists users when waiting on the call with wait music.

Users also get the Adaptive Battery feature that saves up power and Adaptive Charging that manages the phone’s battery health by regulating charge speed based on alarms. The Adaptive Connectivity feature extends battery life by dropping to lower internet speeds when the high speeds are not needed.

Some other features from Pixel 5 and Pixel 4a 5G are also debuting on older Pixel phones with this update. GPS location finder now becomes more accurate while walking. The phones will be able to detect when a website or an installed app is using non-native language and automatically offer Google Lens translation.

On the display front, the latest update tweaks icons and the overall UI. Users can also choose wallpapers from Google Arts & Culture. For audiophiles, the Now Playing’s song recognition can export your music history and turn it into a YouTube Music playlist.

The Mandalorian fans will be delighted with the latest feature that allows Pixel 3, Pixel 4, and Pixel 5 users to personalize the screen with the Star Wars series’ latest wallpapers.

Check out the video below to see the features in action:

It comes as great news for Pixel 3 and Pixel 4 users as they get the latest Pixel 5 features within a week of their release. With this update, Google has ensured that Pixel users won’t be left with old features when the latest Pixel models come out.

What’s your take on Google’s move to bring the latest features to older Pixel phones? Do you think this will position Google at the top for users who look for consistent software updates? Please share your thoughts with us in the comments below.