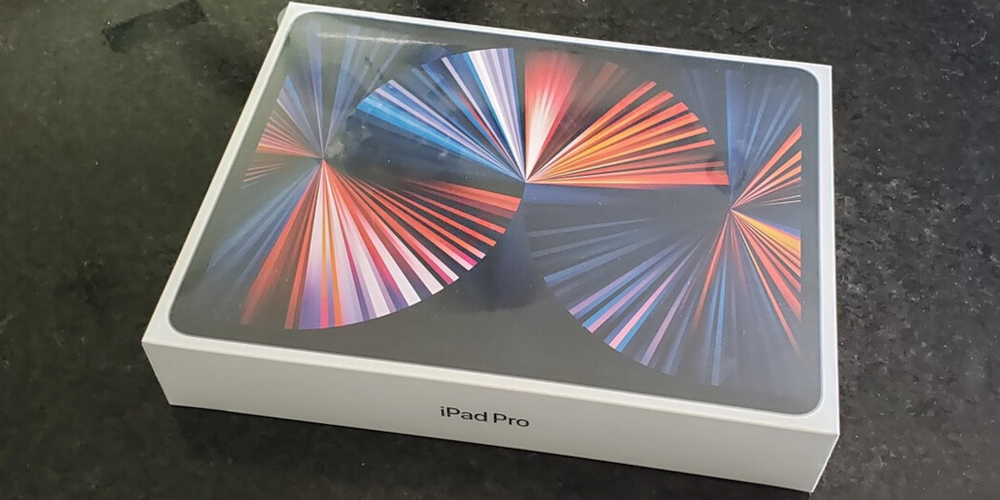 Since the day Apple lifted the veil off its shiny new iPad Pro 2021, tech enthusiasts all over the world are waiting to experience the new tablet. Although Apple is yet to officially reveal the delivery date for the iPad Pro 2021, circling the second half of May, one lucky customer received it earlier than expected. The customer pre-ordered the latest tablet and has now received it in the first phase of shipping.

The customer with a Reddit account named u/PeterDragon50, pre-booked the iPad Pro 2021 on April 30, 2021. He has now received his new tablet earlier than expected and is now sharing his first-hand impressions with us. The lucky customer says that the mini-LED, Liquid Retina XDR display on the iPad Pro 2021 is “…like an OLED that’s been color calibrated by Apple, looks great.”

It’s worth noting that the press embargo for iPad Pro 2021 reviews are still in place, which means that the customer’s reviews are our first look at the tablet. The customer revealed that retail chain Nebraska Furniture Mart notified him about his iPad being ready for pickup this Saturday. And if Reddit is to be believed, another user on the forum revealed that he received his unit earlier than expected, as well.

PeterDragon50 also stated that the “Colors look better…They’re both gorgeous screens. I really just wanted the larger aspect ratio and the (supposed) longevity of a non-OLED screen.” The customer also made videos of the device and shared them on his account. He also posted a benchmark test of the new tablet.

The powerful iPad Pro 2021 comes powered by the 5nm Apple M1 chip and is touted by the company to be 50% faster than the previous generation iPads. Antutu/Geekbench benchmark tests certify the claims. The 12.9-inch iPad Pro 2021 variant comes with a mini-LED display and has enticed tech enthusiasts worldwide.

Since many professionals are now working from home, the demand for iPads has also shot up. So, Apple has hit the bull’s eye by launching its latest iPad last month. As expected, the demand for the new iPad has caught on, and one can expect Apple to be hustling to fulfill those orders.

Here are the videos posted by the user on YouTube showing the picture quality of the tablet.

Have you received your iPad Pro 2021 unit already? Share your experience in the comments.