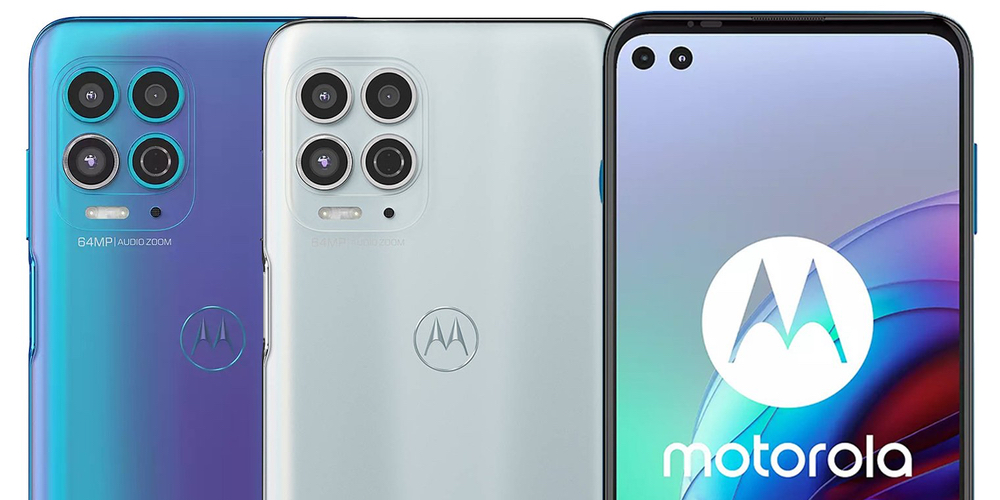 Motorola is all set to unveil a new flagship under its Moto G-series, dubbed Moto G100. It will be the first-ever Motorola phone powered by a Snapdragon 800-series processor. However, a few days ahead of the official launch, the first look of the phone has already leaked. The press renders made it to the internet, thanks to the folks at TechnicNews.

As per the leaked press renders, the Moto G100 looks like an iteration of the Moto Edge S smartphone. Let’s dive into the design specifications of the phone. On the top left corner of the screen, the phone features dual selfie cameras, while the rear panel houses a quad-camera setup. On the side, we see a side-mounted fingerprint sensor.

The only difference between the Moto G100 and the Moto Edge S is that the former would come in different color variants and a dedicated button to fire up Google Assistant.

Coming to the hardware specs, the Moto G100 is tipped to come with a 6.7-inch FHD+ screen featuring a 90Hz refresh rate. A Snapdragon 870 chipset would power the device with up to 12GB of RAM and 256GB of internal storage.

For optics, we will get a quad-camera setup on the rear with a 64MP primary sensor, a 16MP ultra-wide sensor, a 2MP depth sensor, and a 3D ToF sensor. On the front, we get 16MP + 8MP dual camera setup for selfies.

A 5,000mAh battery shall back the device with support for 20W charging. The connectivity options would include a 3.5mm headphone jack and an expected USB Type-C port for charging.

The leak did not reveal if the phone would feature 5G connectivity, like most recently revealed flagships like the Galaxy S21. But we are quite hopeful for Motorola to include the basic spec needed to future-proof the device.

Are you excited about the Moto G100? Do you think it will be a worthy alternative to other flagships? Share your thoughts in the comments.