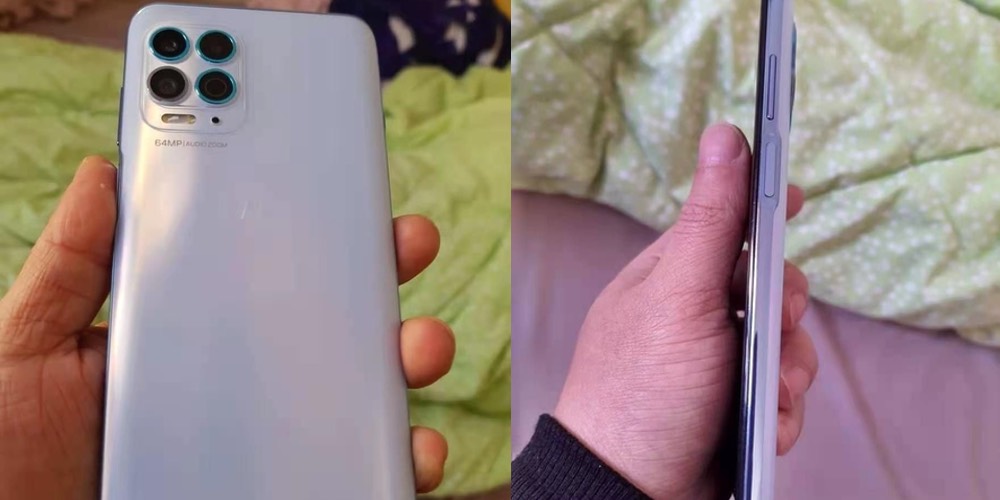 For several months we have been hearing about Motorola working on a new flagship. The Lenovo-owned brand is allegedly spending its time building a premium offering to rival the recent flagships by OnePlus, Samsung, Apple, and others. First reported in November 2020, it is believed that Motorola’s upcoming flagship phone could feature a display with a 105Hz refresh rate and a 64MP primary camera.

Codenamed Nio, here are the first live images of the upcoming smartphone by Motorola:

Back in December 2020, the renders of the upcoming flagship surfaced on the internet. The renders revealed a design carrying dual hole-punch front cameras and a quad-camera setup on the rear. The alleged quad-camera setup would most likely feature a 64MP primary lens with the “Audio Zoom” feature first seen on Google’s Pixel 5 smartphone.

The brand’s upcoming flagship was previously dubbed as Motorola Nio, and it looked pretty much like the Moto G 5G Plus. However, according to the Digital Chat Station leak, the upcoming flagship would be called the Motorola Edge S. It shall be the first Moto smartphone to come powered by the latest Snapdragon 800-series processor.

Under the hood, the phone is rumored to come with up to 12GB of RAM and run Android 11. Although Motorola is yet to confirm the reports, Lenovo China General Manager Chen Jin’s post on Weibo suggests that the phone could be officially announced next week in China. And maybe other regions after that.

The upcoming Motorola flagship would most likely compete with Samsung’s Galaxy S20 FE, Google’s Pixel 5, and others. It shall be priced under $800.