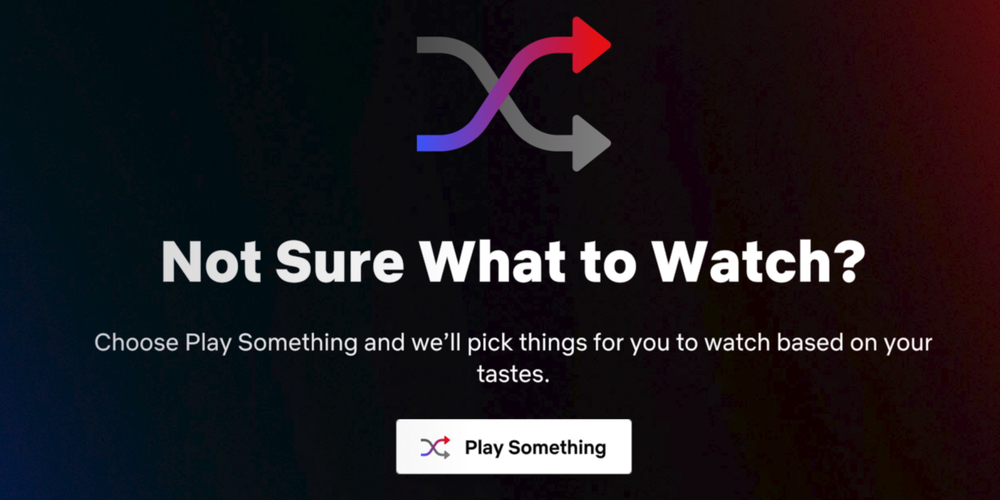 Alright, imagine this. You have prepared your dinner plate, picked a drink, and move to the couch to have your dinner in front of the TV, watching something interesting. However, your dinner goes cold as you have wasted around 15 minutes browsing through your Netflix and able to choose something “interesting”. Well, the streaming giant knows this struggle and has included a new feature – Play something.

How Netflix Play Something Feature Works

Netflix knows that too many hot plates have gone cold as Netflix users have spent a significant amount of time while struggling to pick something to watch. The latest “Play Something” button on Netflix is here to save the day and save our time that goes down the drain of endless scrolling and still unable to make a decision.

The name of the feature is pretty self-explanatory, and it does what it says, i.e., play something for you. It suggests a film or series that you haven’t seen when you choose this option, but it deems you’ll enjoy it. If you do not like the suggestion as it starts to play, you can simply click on the “Play Something Else” button and play something from any of the pre-picked categories.

Here are the pre-picked categories that Netflix will use to play something for you:

And here are the places where you will find this feature on Netflix app on your TV:

Of course, there is also a flip side to this feature. You see, for people who are super spoilt by choices, it is pretty easy for them to abuse this feature. They can keep hitting on the button until they land on the same old episode of Friends or Office (that’s the case with most of us really, we want the familiar content most of the time).

Do you think this new feature by Netflix would come in super handy for its users? Would you be hitting on it often? Share your thoughts with us in the comments.