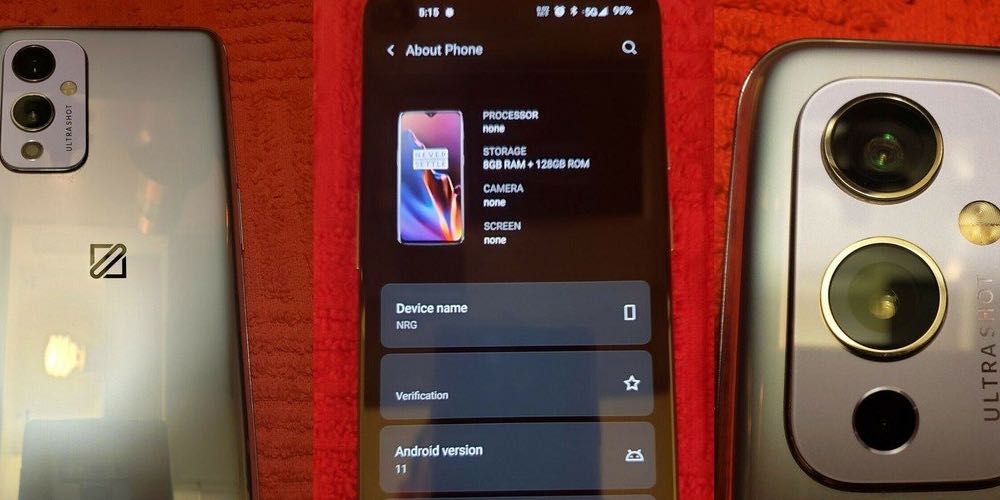 An eBay listing featuring the OnePlus 9 prototype at $3000 was taken down for reasons like the phone’s ID watermark. However, the listing reappeared on the e-commerce portal with double pricing of $6000. And guess what, it now stands sold!

First Listing was a Failure, Second Worked Like a Charm

As brave as it would have been for the seller, the first attempt at the listing was a total failure. The seller listed the prototype at $3000, and the photos carried the unique ID of the device, which could have been easily tracked by the company. And the worst happened as OnePlus most likely tracked it down, and the listing vanished from eBay. It, however, remained archived for viewers to view the code.

Codes on prototypes or pre-released devices are there so that companies could track them and hold people accountable. As it turns out, the eBay seller did not consider that and list the product with the number visible. For all we know, the product could have been a stolen prototype.

Well, the seller relisted the product on eBay, and this time it had all the confidential information sealed. The new listing was made at $6000, and it now stands sold!

On the listing page, the seller wrote a disclaimer that reads:

“I am not responsible for OnePlus erasing this phone or anything they may do to the phone after the purchase period. If you purchase this, you agree to those terms.”

The disclaimer clearly states that the purchaser at risk may lose everything as OnePlus could remotely deactivate the device as the ID number is presumably with them. And even after such a straight-forward display, a super fan of OnePlus went ahead and purchased the device.

Confirming the Leaks Along the Way

The initial listing was first spotted by XDA, which speculated that it could be the same unit that was a part of earlier leaks about the OnePlus 9. It also had a temporary branding on the rear panel. The listing went on to confirm the details in the leak, such as a bronze-shaded rear panel, iPhone-like camera, LED flash, and a smaller third lens.

The prototype’s images also showed the Settings menu that displayed information like 8GB of RAM and 128GB of internal storage. Although there is no way to confirm whether the images are legit, they align with the previous leaks about the OnePlus 9. Other details shown in the images included a model number of LE2117 and T-Mobile’s 5G logo in the status bar.

The listing also mentioned that the product would be shipped from the U.S. It means that the specific prototype could very well be T-Mobile’s OnePlus 9 model.

Some of the rumors regarding the OnePlus 9 suggest Qualcomm’s Snapdragon 888 SoC, a hole-punch design, wireless charging (30W), and quick charging (65W).

We are still having a hard time believing that someone shelled $6000 for a prototype that’s at risk of being deactivated at OnePlus’s convenience. And of course, if the buyer could have waited for some more time, he/she could have purchased three or more OnePlus 9 variants at such price.

What’s your take on this bizarre news? Share your thoughts with us in the comments below.