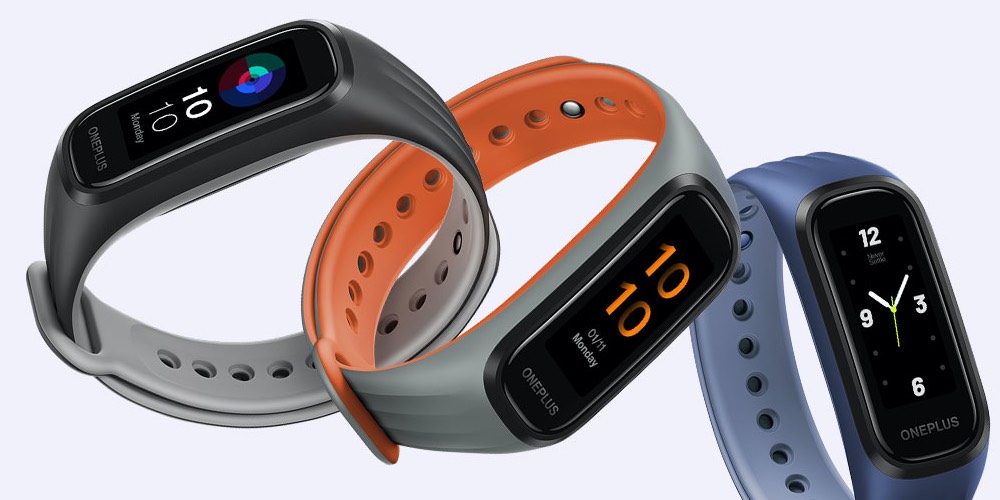 After much teasing, OnePlus has finally launched the OnePlus Band in India. The company aims at rivalling Xiaomi’s Mi Smart Band 5. The OnePlus Band comes with a sleek design and plenty of useful features.

The OnePlus Band is priced at Rs. 2,499 (approx. $34) in India. The smart band will be available with several band options like Navy and Tangerine Gray colors at Rs. 399 each, which is roughly $5. The wearable from OnePlus features an AMOLED touch display, blood oxygen saturation (SpO2), and heart rate monitoring.

The wearable comes preloaded with an array of health and fitness apps for enthusiasts. It has a new OnePlus Health app with activity, heart rate, and sleep tracking tools. There are 13 exercise modes included in the smart band.

There is a 1.1-inch AMOLED screen on the smart band with 126×294 pixels resolution. An array of sensors includes a blood oxygen sensor, a 3-axis accelerometer and gyroscope, and an optical heart-rate sensor. OnePlus has also pumped up the band with 13 preloaded exercise modes such as:

The smart band has an IP68 rating with up to 5ATM of water-resistance. The band also has dust resistance. It is a useful wearable that can track and analyze user patterns along with constant SpO2 monitoring. Users can get a complete view of their health via the OnePlus Health app. Although loaded with plenty of useful health features and tracking tools, none of them are certified by any medical authority.

The wearable also offers custom heart-rate alerts to users, making it easier for them to track their cardiovascular health. It will notify the users whenever any irregularity gets detected.

Design-wise, the OnePlus Band has a detachable design that can be swapped with different colored bands. It also comes with an option to change watch faces that users can access from the OnePlus Health app to customize their watch screen appearance. Users can even set their own pictures as watch faces.

A 100mAh battery backs the band with up to 14 days of backup on a single charge. Inside-the-box, users get a wired charging dongle. It has got support for iPhone too. OnePlus also claims that the band offers the “best experience” when used with the OnePlus smartphone.