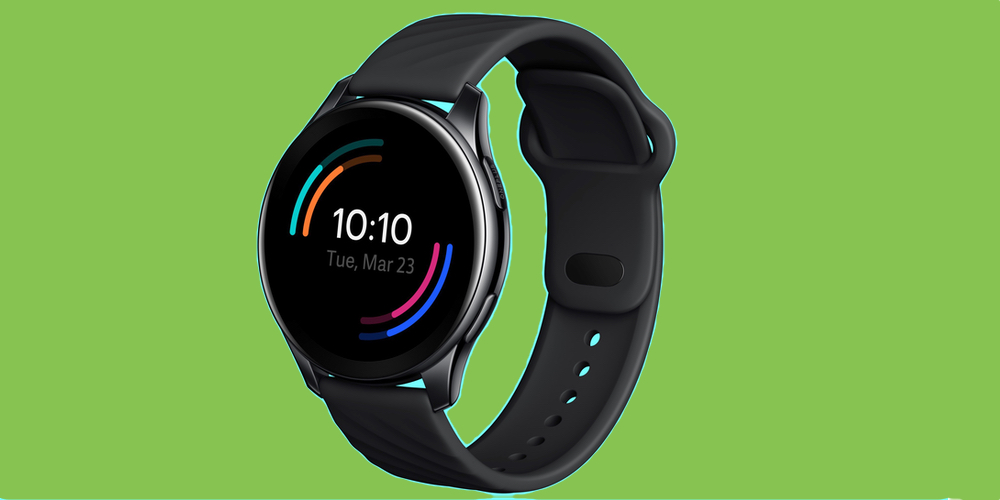 OnePlus is gearing up for a set of new launches this month, and in addition to the much-awaited OnePlus 9 series, the brand will also be unveiling a wearable dubbed OnePlus Watch. In compliance with what OnePlus’s CEO confirmed at the beginning of this week, the OnePlus smartwatch will ditch Google’s WearOS for RTOS. In the latest move, the company has collaborated with Unbox Therapy to reveal the first look of its upcoming wearable.

In the first look image, we can see that the OnePlus Watch features two buttons on the right side while the brand logo is placed on the top. The wearable is expected to debut in two color options – Black and Silver.

In the earlier reports, tipster Ishan Agarwal revealed that the OnePlus smartwatch could house a 46mm dial. He also suggested that the upcoming wearable could pack a slew of fitness-tracking features. The OnePlus Watch is also expected to boast an IP68 rating for dust and water resistance.

The upcoming wearable is also tipped to come with an automatic workout detection feature that should come in handy for fitness enthusiasts. The watch is expected to come with 4GB of RAM, a SpO2 sensor for measuring blood oxygen levels, a sleep tracker, and a heart rate monitor. It may come with support for Warp Charge that should charge it for the usage of up to 2-weeks in just 20 minutes.

Another impressive feature onboard could be its seamless connectivity with other OnePlus devices like the OnePlus TV. As per the leaked info, the upcoming watch shall also double as a remote control for the OnePlus TV.

For now, that’s all the information that we have about the upcoming watch. We will get to know everything when OnePlus finally takes the veil off its new products in a couple of days. Stay tuned with us to catch all the action as it happens.