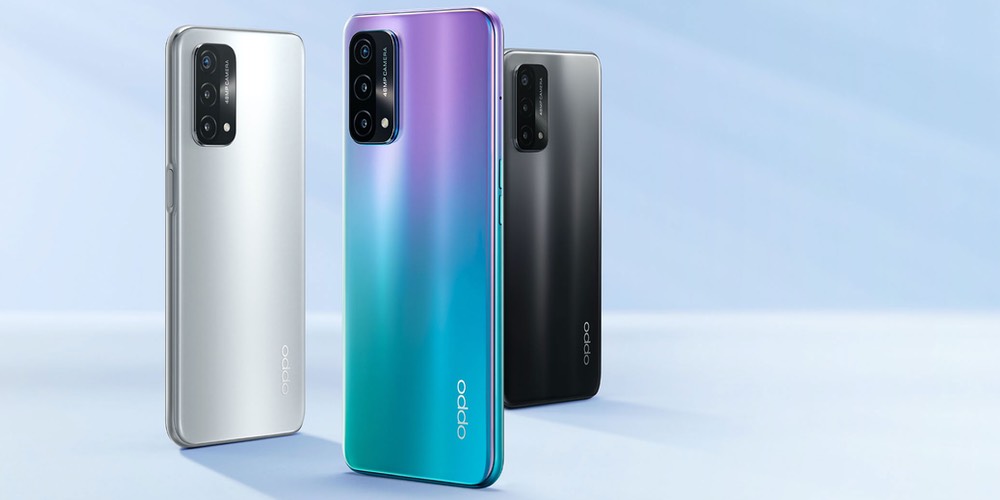 Joining the band of 5G smartphones, Oppo A93 5G has been made official. The latest phone comes powered by Qualcomm’s Snapdragon 480 chipset and 5G connectivity. A triple camera setup features a mix of 48MP+2MP+2MP. A massive 5,000mAh battery backs the smartphone with support for 18W fast charging.

The Oppo A93 smartphone has been launched in China in Silver, Black, and Aurora color options. It has debuted in two variants – 8GB RAM + 256GB storage priced at CNY 1,999 (roughly Rs. 22,500) for the former. The second variant is 8GB RAM + 128GB that will be up for sale later, and its pricing is also not revealed yet. The 256GB storage variant will go up for pre-order via JD.com, and it will start shipping on January 20, 2021.

The Oppo A93 features a 6.5-inch full-HD+ LCD screen at 1080×2400 resolution with a refresh rate of 90Hz. On the software front, the phone runs Android 11-based ColorOS 11.1. A Snapdragon 480 processor clubbed with 8GB of RAM and up to 256GB of internal storage. The chipset allows wholesome coverage of 5G frequency bands while keeping the signal stable and reduce call dropping. It also has a feature called Smart5G intelligent scheduling, which saves power consumption by 30%.

The phone also includes a Hyper Boost performance acceleration 4.0 that optimizes and upgrades the performance for games. It reduces loading time for games and also strengthens frame rate stability. It keeps the output stable by keeping the touch sampling rate of up to 180Hz.

For optics, the phone has a 48MP primary lens with f/1.7 aperture, a 2MP secondary sensor with f/2.4 aperture, and a 2MP monochrome sensor with f/2.4 aperture. The rear cameras can record 4K videos at 30fps and 1080p full-HD at 30fps/120fps. There is also Electronic Image Stabilisation (EIS) on the phone. It has an 8MP selfie snapper on the front and under a hole-punch cut with an aperture f f/2.0.

Under the hood, a big 5,000mAh battery backs the Oppo A93 5G with support for 18W fast-charging. The battery also supports a super power saving mode that manages to run the phone at low power even at a battery level of 10%.

On the side, the phone features a fingerprint scanner. Connectivity options on the phone include WiFi, USB Type-C, 3.5mm audio jack, and Bluetooth 5.1.