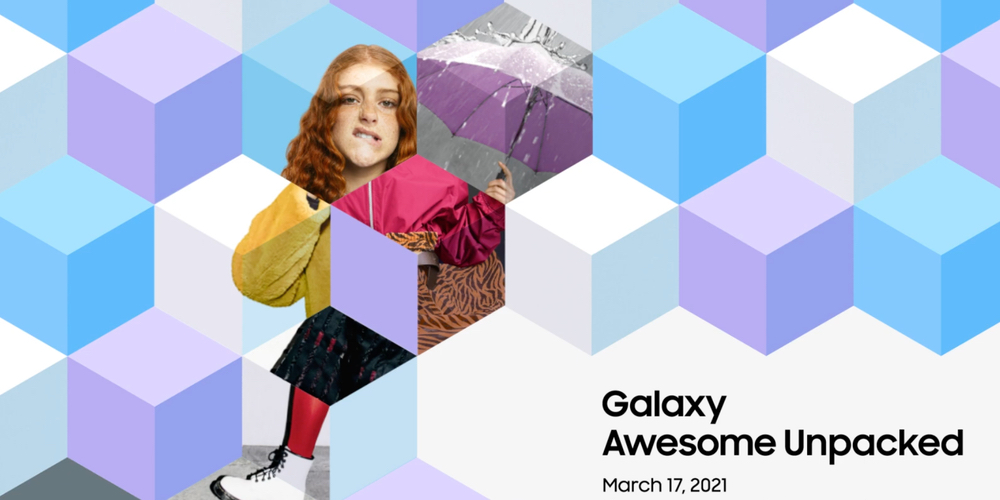 After lifting the curtains off its new flagship Galaxy S21 series, Samsung is now gearing up for another launch event. The South Korean giant just teased its next Unpacked Event, slated for March 17, 2021. This time Samsung seems to be in awe of what it has got in store for us, and that’s why it is calling the event – Awesome Unpacked Event.

The details are pretty scarce right now, but we could not help but assume that Samsung could unveil new smartphones under its Galaxy-A lineup at the event. And just like any other event amid a pandemic-stricken world, this one will also be a virtual-only event. On the brighter side, every Samsung fan or a general tech enthusiast will be able to witness the launch live!

Awesome Unpacked Event 2021: How To Watch

The Awesome Unpacked Event will stream live on March 17, 2021. It will begin at 10 AM EST. Like some of the previous events, we can catch the livestream on Samsung Newsroom and Samsung Youtube.

As the event date inches closer, we expect to get some details and teasers.

Concerning the event’s expectations, Samsung is yet to give us some substantial information about the launch lineup. However, we think that it is super likely for the brand to unveil new smartphones under the Galaxy A lineup finally.

We are intrigued by how Samsung boldly named the event ‘Awesome’ so the company could have some surprises up its sleeves.

We can expect some unexpected launches at the event too. Maybe some new devices other than smartphones or new announcements about a new feature or service. The possibilities are endless here.

New Galaxy A Smartphones Leaked, But We Are Still Excited

To recall, Samsung’s upcoming Galaxy A52 and A72 smartphones recently broke the mold with some leaked images. These images were sourced from some of Samsung’s regional websites. Also, an unboxing video of the Galaxy A52 has shown up on YouTube. You can check it out below before it gets taken down.

Even though the leaks have not left much to the imagination, we are still looking forward to getting some official deets and first looks at the new Galaxy smartphones at the Unpacked event. We will get to know the pricing and other details.

Are you excited about the Awesome Unpacked Event? Share your thoughts in the comments!