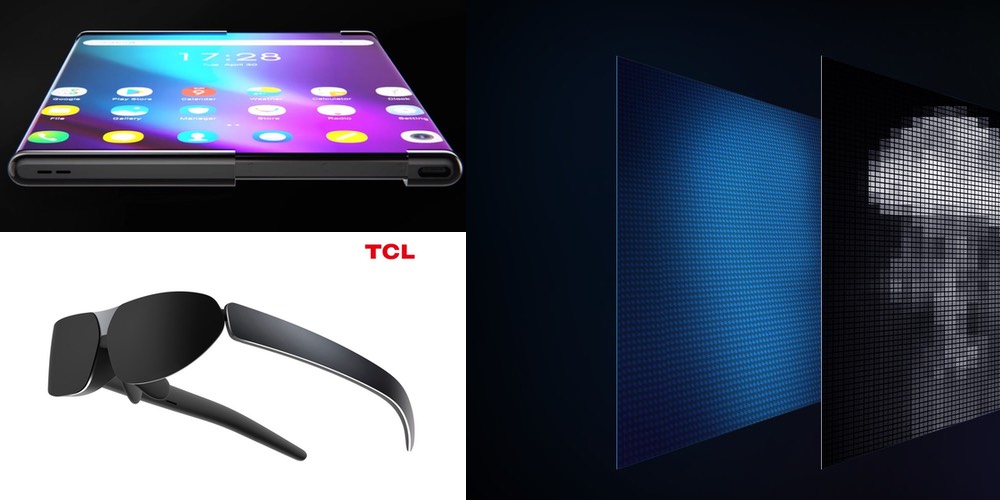 At the CES 2021, TCL took the stage to show-off some fantastic new products and technologies. The company, majorly known for its TV tech, has gone a step ahead at the event and ensured that it became more than just a TV brand for general consumers.

Starting with the usuals, TCL showed its 3rd-gen mini-LED backlighting tech named “OD Zero” alongside Google TV and wearable display glasses. Let’s get to each of these announcements one by one and breakdown TCL’s strategy for 2021.

For those unaware, TCL tends to be the second-largest Android TV brand after Sony to adopt the latest Google TV UI that came with the new Chromecast. TCL will begin shipping its Google TV sets by the end of 2021 in the US and other regions. The brand has not revealed which one of its popular TV series would get the Google TV functionality lineup first. But TCL did reveal that it will be bringing Google TV to QLED, mini-LED, and 8K TV sets.

Moreover, TCL is also upgrading its 6-series TVs. The company will bring an 8K resolution to all the models that debut in 2021. TCL will also launch a new lineup of TV sets called the XL Collection. The lineup will have three variants, including a budget 4-Series LCD Roku TV, a 4K HDR QLED Roku TV, and a premium mini-LED 8K TV.

TCL claims that the latest XL Collection lineup will “fit any budget and exceed the highest performance standards to deliver larger-than-life home entertainment.”

At the CES 2021, TCL also showcased its “OD Zero” mini-LED TV technology. The term OD Zero sprouts from 0mm distance between the backlight display layers of mini-LED and LCD. The company claims that the shortened distance enables the best and uniform picture quality, better contrast, and reduced optical halo effect.

Like we wrote at the beginning, TCL is also focusing on another tech than TVs. The company showcased its rollable phone at the CES 2021. The rollable phone by TCL features an AMOLED display and shifts from 6.7-inches to 7.8-inches with a single tap.

At a thickness of less than 10mm, the rollable phone by TCL is even thinner than current foldable phones by brands like Samsung. The company touts that its rollable phone’s rolling mechanism can run up to 100,000 slides, and its software can also work for single-hand operations and other multi-tasking functions.

For now, the rollable phone exists more as a concept, and there’s no word by TCL on its official launch for consumers. However, the company also announced a 17-inch flexible OLED display at 0.18mm thickness that can be rolled up like a scroll and fit into small spaces.

In another announcement, TCL showcases wearable display glasses featuring dual 1080p FHD micro OLED displays. These glasses aim to enable users to watch their favorite videos, play games, and more by just wearing a pair of glasses and without the need for any external device like a smartphone, tablet, or TV.

TCL says that it will launch these glasses later this year and for select markets only. The company is also collaborating with a content subscription service in the US under the 5G smartphone bundle.