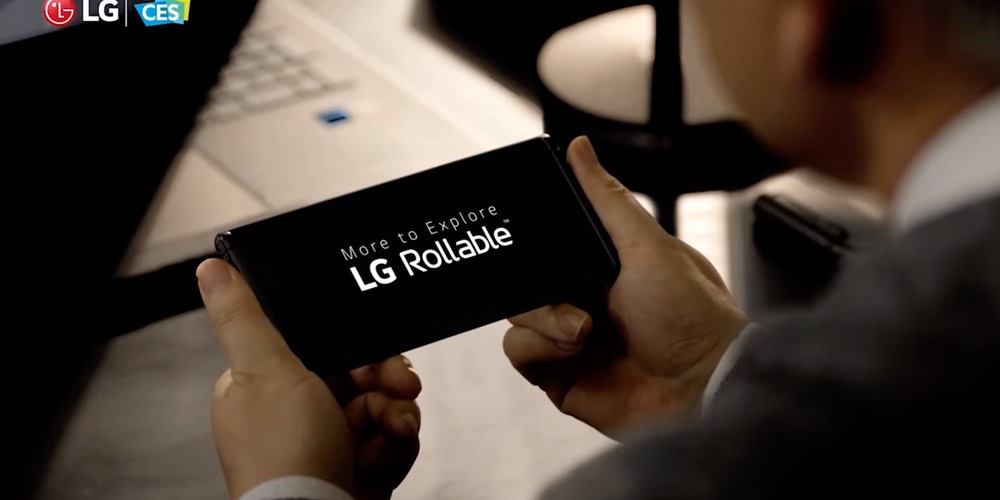 At the CES 2021, LG is trying to ring in the future with a high-tech lineup of products and some substantial teasers to get tech enthusiasts talking. The highest talking point for the company became its teaser of a rolling smartphone. Yes, you read it right. Not foldable, but a rollable smartphone.

This year’s virtual consumer event witnessed the teaser of a rollable phone by LG. Around the end of its conference, LG brought out a foldable phone prototype in landscape mode. Viewers were able to see the top of the display retreating into the rest of the phone, allegedly through a motorized mechanism.

With the help of a motorized mechanism, the screen shrinks in size as it retracts back into the phone. In portrait mode, the rollable display expands from the right side. The company also showed the rolling mechanism from different angles at the press conference.

Check out the video below to understand the mechanism better and watch the tech in full light:

Although LG did not quite spill a lot of beans about its futuristic phone, we know that the phone shall be named LG Rollable when it goes official and enters the market. The first teaser at the CES 2021 was just a glimpse, and we are yet to know the specifics. The code name for the device was Wing.

Of course, we have our fair share of doubts about the durability of the rollable design. Having such a mechanism on a frequently tossed device from hand to bag, table, and other places. LG did make some assuring comments regarding the mechanism’s sturdiness; real-world testing awaits the device.

LG won’t be limiting the design to just smartphones; the company may very well extend it to other products like TVs. And it’s worth noting that LG is not the first company to test the waters with a rollable display; Oppo did it with the Oppo X 2021. On similar lines, TCL also teased its rollable prototype with a slide-out screen.

We will be looking forward to the official launch of the rollable phone by LG. And it would be fascinating to see how it contends with the existing foldable phones like the Samsung Galaxy Z Flip.