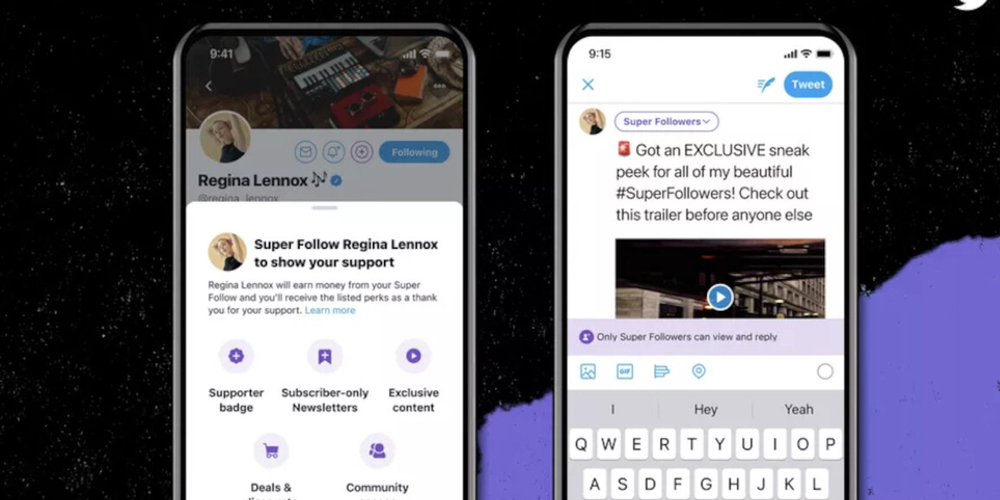 Nopes, Twitter is not pulling a prank on us. This news is real, and there is now a feature on the popular social networking platform that allows users to charge for tweets. Well, it’s not that some users were not indirectly getting paid to tweet (if you know what we mean, paid media/influencers, ahem!). But now, there is a feature that lets people make legit money out of Twitter publicly. And this new feature is called Super Follows.

Twitter’s major new feature, Super Follows, has just got announced. The feature works like the Patreon platform that allows content creators, journalists, leakers, or other users to charge a monthly subscription fee from their followers. In a nutshell, you can now charge for exclusive tweets.

As per the report by The Verge, users will have to shell out $4.99 if they want to become a ‘Super Follower’ of someone who posts exclusive tweets or other content. With this new feature onboard, we can expect some major hustle at media houses because Super Follows will offer journalists a way to earn extra bucks for charging Twitter followers to read their content.

Is Twitterati Ready For Super Follows?

As daunting as it seems, we wonder if users would be willing to pay every other Twitter influencer or personality for reading their tweets. Also, the pricing per account is around $5, which means users may end up paying a significant amount if all their favorite Twitter accounts start charging.

Another problem would be that this feature will end up limiting the information-sharing ability. Twitter is a platform that heavily relies on viral content, and if users start charging, a big chunk of the audience may miss it if they are not willing to pay for reading that tweet.

We think there will be some work-around for this feature or other guidelines that Twitter might reveal when it rolls out the feature.

Twitter held the Analyst event today, wherein it launched the Super Follower feature alongside a bunch of other new stuff. The social media giant that is often the center for brewing political battles and controversies has also launched the ‘Communities’ feature, a knock-off version of Facebook Groups. Twitter has not revealed much about the feature, but we will soon receive more information about it.

Going by the name ‘Communities’, we think it will be a group-making feature that would allow users to create a group on Twitter, just like Facebook. We are hoping that Twitter will roll out all the new features soon. In the meantime, you may check out different sites for the best Twitter automation tool to grow faster.