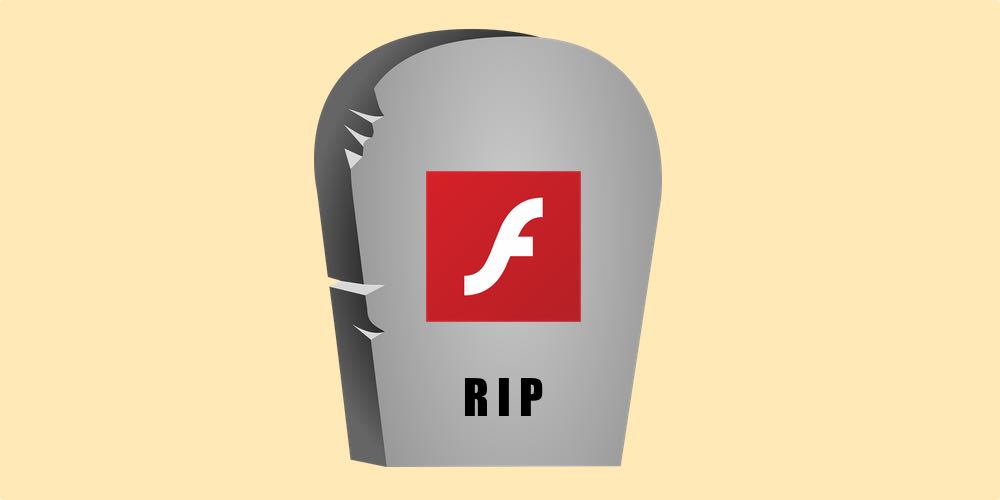 As the New Year comes and 2020 bids us adieu, Adobe is also saying goodbye to Flash Player. Now, this news is not exactly breaking news since Adobe revealed its plans a while ago. But the time has finally arrived, and the company will no longer support Flash Player. The support ends today, and Adobe will block Flash content from running in Flash Player starting January 12, 2021.

It’s been more than three years since Adobe revealed that it plans to stop Flash Player support by 2020. And as it turns out, Adobe brought those plans to execution, and now it is in the final stage of officially plugging out. The company worked its way to end the support gradually.

Apple has been saying a lot about Flash Player on its WebKit blog. And for the Mac, Apple began to move-on in 2010 when it stopped pre-installing the player. Currently, if Mac users install Adobe flash, they will have to turn it on manually and give permissions to run the plugin. The ties between Apple and Adobe were always in the puddle since Steve Jobs published his thoughts on the player and criticized it. Jobs raised his questions on several factors, such as reliability, security, and more.

Given Adobe’s end of the year, end of support decision, companies like Microsoft have also begun their transition. Microsoft is in the process of blocking the plugin from almost all of its desktop OS versions. It recently released an update to remove the software, and Microsoft users have already started seeing the notifications to uninstall Flash Player.

End of an Era

The Flash Player came into existence when there were no defined standards for a product like that; Adobe later acquired it in 2005. It allowed developers to create media and content that users could use on different devices and browsers. In 2005, Flash Player ran for over 98% of all internet-connected personal computers.

As the world of tech reached milestones after milestones, Flash Player started to lose its shine. And not to forget, it gave way to security issues.

If you want to go through a memory lane featuring all the games and media content made possible via Flash support, please visit this link.