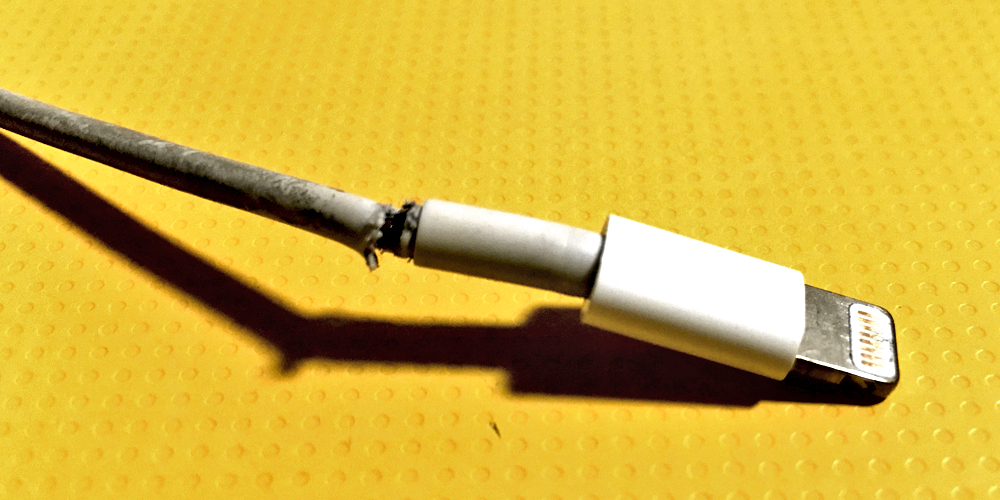 One thing that you would find common among Apple users is their collective frustration over the charging cables’ fraying issue. Although this issue comes with other brands’ and their charging cables, Apple is a pioneer in this space. It is not hard to spot an Apple user with a taped charging cable at the end of the charging head. Well, it looks like Apple has not been ignoring the mounting issue and has been working a fix around it.

According to a report from AppleInsider, Apple has patented “Cable with variable stiffness,” which could potentially solve the issue of fraying cables. The patent’s info states that this cable comes with a “cable core surrounded by an outer sleeve having a uniform thickness,” which is the fundamental solution to the problem.

Going by the patent info, it looks like Apple will not be solely counting on the cable’s changing thickness. It also sounds like Apple will not thicken the part where the cable attaches to connectors with heavier segments, as we have already seen on the currently available Lightning cables.

Here’s what one of the extracts from the patent’s file states:

Check out the cross-section illustrations included in the patent file:

As you can see in the illustration above, Apple is working on a cable that runs through the center and then being encased in various layers of a material that could improve its durability. And around the area where the cable finally attaches to the charging connector, we can see a thicker second layer that gets more solid on the inside and does not change the thickness on the cable’s exterior.

For now, the design exists in the patent files, and it also details some information around the materials and compositions that the cables might have. But as is the case with every patent application, they are plans on paper without a solid backing around the real-world implementation or the timeline for it.

We have to wait and watch if Apple puts the plan into action and finally bestows a much sturdier charging cable to save users from frustration.