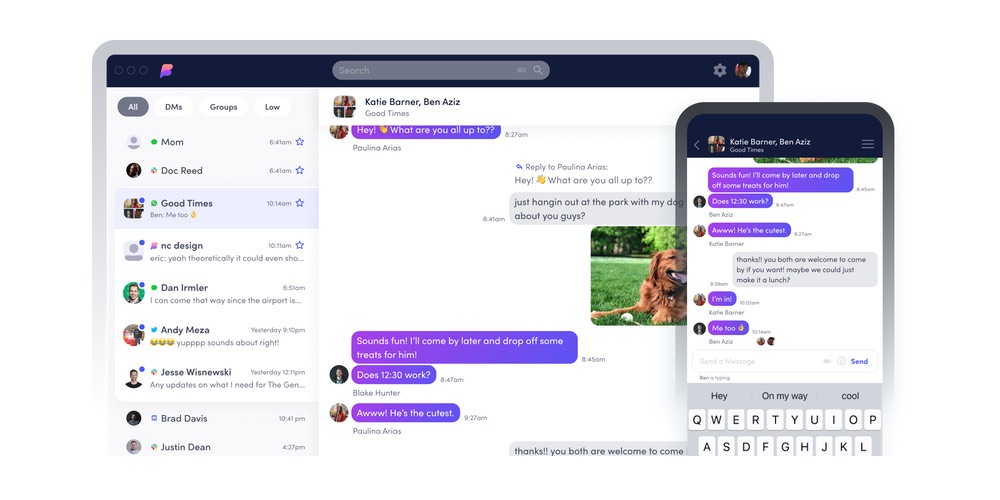 Some of the most popular and leading instant messaging apps like WhatsApp are available for both ecosystems – Android and iOS. But platform-specific apps like Apple’s iMessage are restricted to Apple devices only. This makes it hard for Apple users to have the freedom to access the app on a non-Apple device.

There is a new app on the block that aims to unify popular apps, including Apple’s iMessage. The new app called Beeper comes from Pebble, a company known for its smartwatches. Pebble’s founder Eric Migicovsky claims that the app unifies 15 messaging apps on iOS, Android, macOS, Windows, and Linux. The app also allows users to conduct a unified search and even set reminders.

Beeper supports a slew of apps, including WhatsApp, Signal, Facebook Messenger, Twitter, Discord, Hangouts, Slack, IRC, and iMessage. As edgy as it sounds, Beeper’s founder revealed that the team had to come up with some workarounds to finally get iMessage onboard.

Beeper has two ways of enabling Android, Windows and Linux users to use iMessage: we send each user a jailbroken iPhone with the Beeper app installed which bridges to iMessage, or if they have a Mac that is always connected to the internet, they can install the Beeper Mac app which acts as a bridge.

Beeper Will Send Users Jailbroken iPhone To Act As Bridge

This is not the first time when an app attempts to bring iMessage to Android. Earlier, apps like AirMessage and WeMessage. In a move to bring iMessage to a non-Apple platform, Beeper will be sending a jailbroken iPhone to users to act as a bridge between two platforms. Of course, the service would cost users $10 every month.

For now, it’s unclear whether users have to commit to a minimum fixed period of usage to get the jailbroken iPhone delivered to them. Our best guess could be around six months to twelve months.

Beeper says that all of its bridges are open-source so that users can easily verify their data’s security and look into Beeper’s connectivity with iMessage.

That’s all we know about Beeper. You can check out more about the app here.