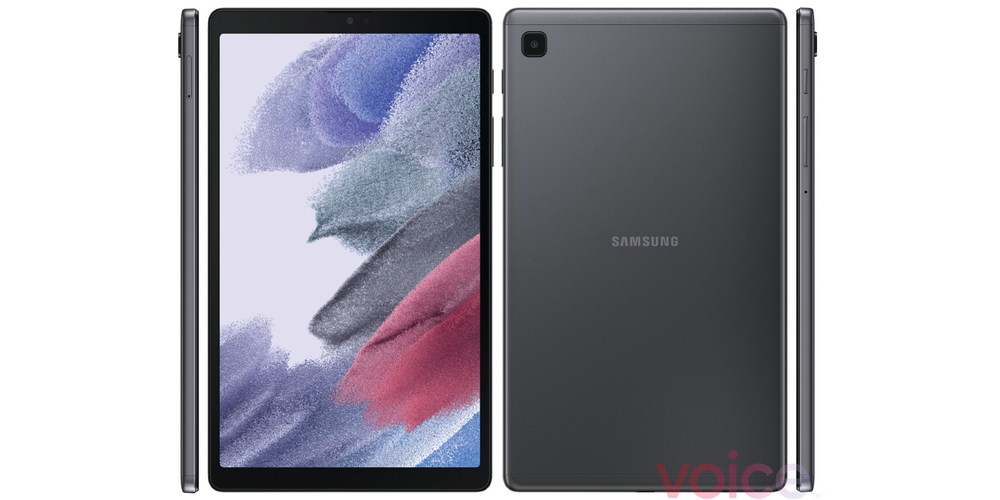 A few days back, leakster Evan Blass shared some high-quality renders of Samsung’s upcoming Galaxy Tab A7 Lite. The budget Android tablet by the South Korean giant is still far from its official launch date that’s in June, but it looks like we are getting some essential info about it in advance.

The latest leak about the Galaxy Tab A7 Lite shows off its design in what seems like leaked press renders. Leaked by Evan Blass, again, the new images seem to look pretty official.

As per the leaked images, the upcoming tablet is expected to debut in two color options – Gray and Silver. The tablet might come with an 8.4-inch LCD screen encased in a thin aluminum unibody and small bezels on the sides.

It is expected to sport a single camera on the rear. On the right side, we get a volume rocker and a power button. The device will also house a microSD card slot on the left side.

Concerning other specs, the tablet could come powered by a MediaTek Helio P22T chipset and 3GB of RAM. Under the hood, a large 5,100mAh battery might back the tablet with support for fast charging. And on the software side of things, we expect the device to ship with Android 11-based OneUI 3.0.

Of course, these specs make it pretty obvious that the Tab A7 Lite will be an affordable offering by Samsung. It will act as an alternative for the premium Galaxy Tab S7 lineup.

If you have been eying the Tab S7 series for its sleek body but are not ready to shell extra bucks for the performance, the Tab A7 Lite will be one good choice. It goes without saying that Samsung currently makes the best Android tablets that rival Apple’s iPad. And now, with another upcoming addition, we think buyers would have a more comprehensive price range to consider and to choose from.

Well, we are pretty excited about Samsung’s upcoming tablet. What’s your take on the budget Android tablet? Do you think it will witness the same success as the previous models? Share your thoughts with us in the comments.