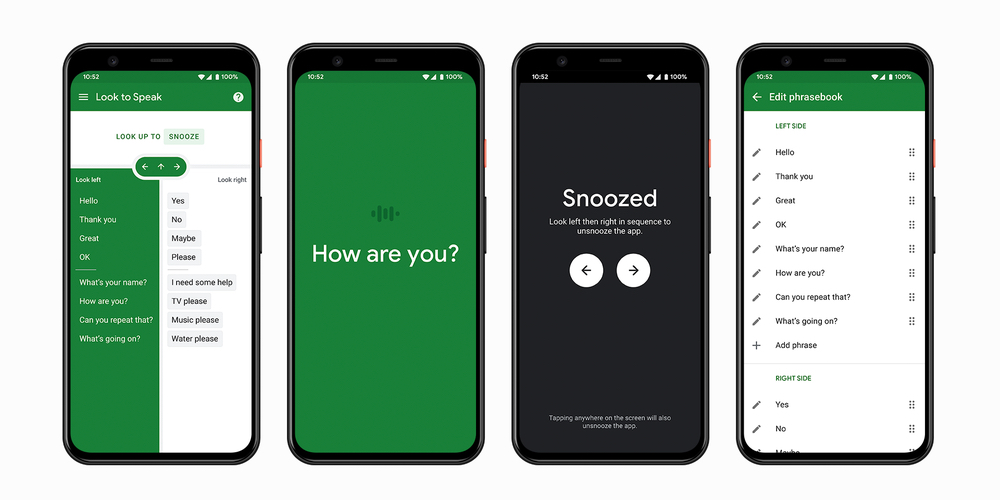 Google always takes the lead when bringing out some great new features and apps for users. In its latest move, the tech giant has come up with a new app called ‘Look to Speak’ that lets users control the device with their eyes.

The latest app is more of an accessibility service by Google. Of course, the app requires feeding some movements and commands before using it to control a device with your eyes.

Once you successfully install the new app, it asks you to select some presets like characters, words, phrases, and actions by moving your eyes for movements like looking up, down, left, right, or center.

The latest app will be a great companion for differently-abled users—especially the ones facing issues with the regular handling of a smartphone.

Google Look To Speak: A Boon For Differently-Abled Users

One can only imagine how handy this app could be for visually impaired users, as they will now have an eye-movement based app that performs some key features as set by them.

The app is fully customizable, which means that users can set certain eye movements to trigger certain functions on their smartphone.

As ground-breaking as Google’s latest app seems, we must tell you that this is not the first time eye-movement is leveraged as a trigger for running functions.

However, Google is undoubtedly the first to bring this functionality to an app and make it more accessible. With this app, users in wheelchairs could use the app without carrying extra gadgets with them.

They can simply run tasks on their smartphone with their eye movements.

Google started the project as part of its “Experiments with Google,” and within a sub-group named “Start with One.”

It is an initiative intended to design a product for one particular person before proceeding ahead and extending it to other people with related needs.

We took a quick tour of the app, and in its present version, it lets users select phrases, speaks them out loudly, snooze the screen, and edit the phrasebook.

Below is the video released by Google that will give you an expanded outlook of the latest app.