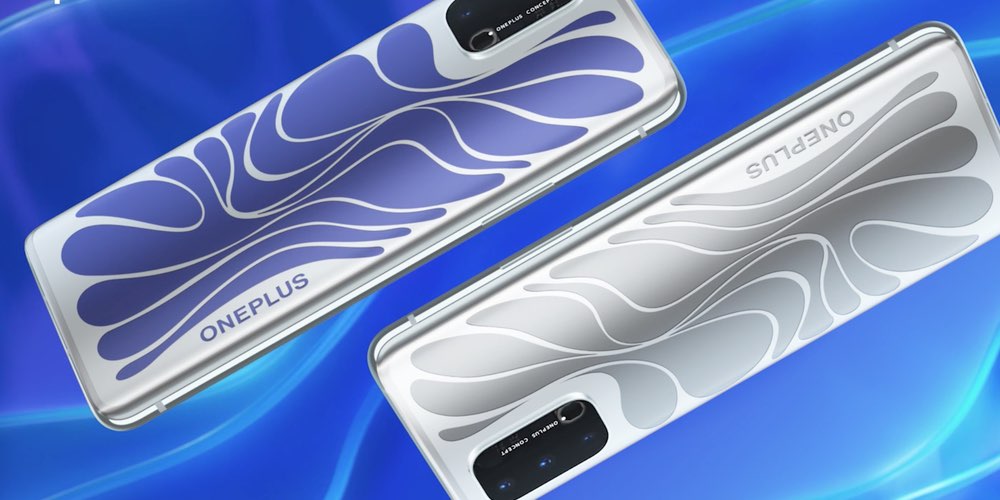 After much teasing, the OnePlus 8T Concept has arrived! It’s a prototype smartphone that OnePlus has announced for users to take a look at its upcoming designs and craft. The OnePlus 8T Concept, much by its name, is just a concept and not up for sale.

OnePlus is known for applying marketing tactics that do not resonate with the other OEMs. The company often takes a road less traveled to create a buzz for its upcoming phones. The company embraced one such technique last year when it announced a new device called OnePlus Concept One featuring an electrochromic glass panel covering the rear camera. The design successfully obscured the camera lenses when not in use and revealed them when in use. A fresh new design, we felt.

The ECMF film on the OnePlus 8T Concept uses the mmWave technology to generate low-latency interactions through the phone. With mmWave, the back panel changes when a user gets a call or any other notification.

Check out the video below to understand how mmWave film could help users in their day-to-day life:

As shown in the video, the ECMF back panel can also help users in guided breathing. While practicing breathing exercises facing the rear camera, the back panel expands and dissipates to match the user’s breathing rhythm.

So, OnePlus is trying to position the ECMF back panel as a health-tracking feature for the users and also as a design feature that changes looks when a new notification or a phone call arrives.

Other than the ECMF back panel’s quirky features, the OnePlus 8T Concept is similar to the OnePlus 8T. The device only exists as a concept or a prototype that OnePlus has brought out to give a sneak peek of its design aspiration to the users. And although OnePlus tried to provide as much use-case functionality as the ECMF, we are yet to see how it is integrated into a commercial smartphone by OnePlus.

At the beginning of the year, OnePlus introduced the OnePlus Concept to the press at the CES 2020 event. This time, due to the ongoing pandemic, the CES 2021 has been turned into a completely virtual event.

It will be interesting to see how the media gets a real look at the OnePlus 8T Concept. We guess that OnePlus could send it to reviewers personally, but that could be a far stretch. Stay tuned with us to know more!