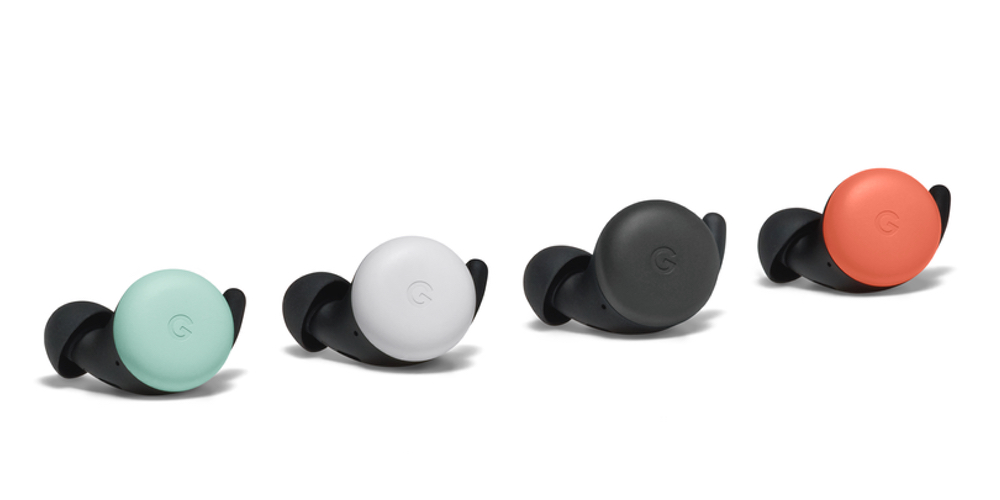 Google could soon be launching the successor to Pixel Buds, dubbed Pixel Buds A. For the next set of Pixel Buds, Google could be following the same pricing scheme as the Pixel 4a and Pixel 4a 5G, which means that the next Pixel Buds would be lighter on your pocket. Although the Pixel Buds A have heavily dominated the rumor circle, Google’s accidental leak has confirmed the earbuds.

Folks at 9to5Google have spotted the upcoming Pixel Buds A in a marketing render, thanks to the tech giant’s promotional email. Google sent out the promotional email to the subscribers who signed up for updates on Nest products. In the email, Google wanted to enlighten enthusiasts about the latest Nest Hub.

At the bottom of the email, Google showed off some of its current product lineups and, by error, showed the Pixel Buds A instead of the existing Pixel Buds. One of the obvious hints about was the dark green color, which falls in line with the Sorta Sage color scheme used on the Pixel 5.

You can check out the image below to find the Pixel Buds A among other Google products.

One thing that somewhat bugs us about this ‘accidental’ leak is that usually, promotional emails go through various levels of approvals before being sent out to the subscribers. And for a brand like Google, it seems highly inappropriate for the marketing team to miss such a glaring error.

Whatever might have been the reason, we are excited to see such a teaser before Google’s wireless earbuds go official.

As per the previous leak by Jon Prossor, Google may launch the Pixel Buds A in mid-April. And now, with this accidental leak, it seems like Google could be prepping for the launch. We may indeed get the new set of Pixel Buds sometime this month.

What excites us the most about Pixel Buds A is that they will be one of the cheap offerings by Google. And the tech giant has earlier proven to be super effective with its affordable products like Pixel 4a. The company knows where to cut corners and include the best specs, giving us hope for the Pixel Buds A.

Are you awaiting the launch of Google’s upcoming wireless earbuds? Share your thoughts in the comments.