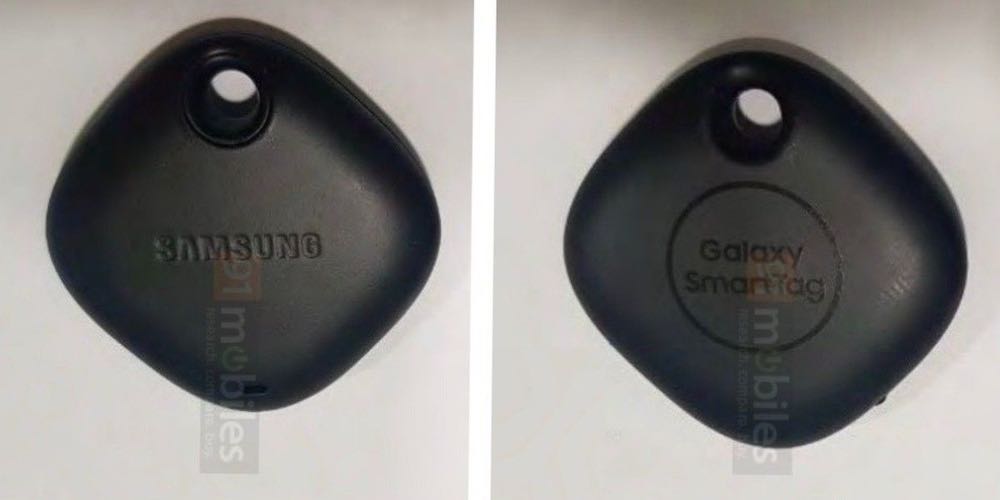 The battle between Samsung and Apple is a continual one, and both the companies hardly leave any stone unturned to rival each other. Now, the fresh round of competition brews for trackers. Samsung is reportedly working on a tile-shaped tracker dubbed Galaxy Smart Tag.

As we wrote in one of our recent feature articles, Apple is also planning to launch a tile-shaped tracker dubbed AirTags – a standard tracker attached to items like wallets, keys, and others, to track in real-time and never risk losing them.

We also got our first look at what Galaxy Smart Tag could look like in one of the latest leaks. The leaked images show a small square-shaped device with rounded corners and a hole at one edge to attach it with items like keyrings.

Just like any other tracker device, you will need to attach this one to the possessions that you wish to track. It will have a dedicated app with real-time tracking information of your items on your smartphone.

As we wrote earlier, Apple is also readying its tracker device. Apple was expected to bring its tile tracker out by the end of 2020, but it did not happen. And now, by the turn of events, it looks like Samsung may surpass Apple and launch its Galaxy Smart Tag before the official unveiling of Apple AirTags.

Rumour has it that Samsung’s Galaxy Smart Tag could come with a replaceable battery. And this is an excellent feature because smart trackers usually have irreplaceable batteries leaving no option other than buying a new one when the battery on the existing one goes bad.

As far as Galaxy Smart Tag’s pricing goes, Samsung may price the tracker around $18.

The Galaxy Smart Tag is not the first tracker to come out from the stables of Samsung. The South Korean giant launched its first tracker back in 2018. The tracker used to latch on to cell phone networks to track gadgets. Also, Samsung has an app that helps users keep track of their devices using Bluetooth connectivity.

So, it looks like Samsung already had its groundwork laid out, and Smart Tag are just a result of some incremental changes and improvements.