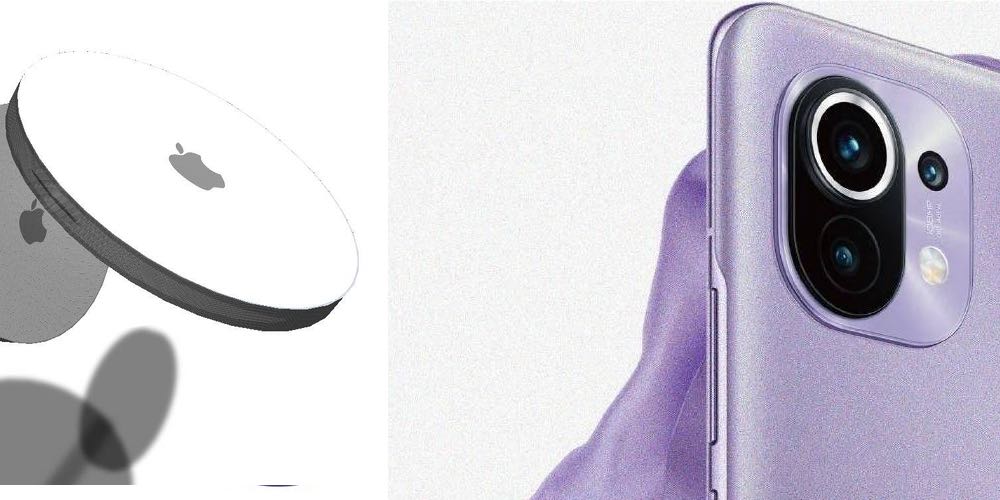 The year 2020 brought plenty of new technologies out, and now as we are inching closer to starting a new year, we can expect the tech landscape to become even cooler with some of the upcoming gadgets. Of course, the new year is bound to begin on a techy note with the Consumer Electronics Show slated for January. And we will get to see some of the cool gadgets debuting and taking their rightful place in the world of tech.

Several expected announcements for the new year are adorned with some of the path-breaking new features and technologies. We have put the best of them in a sleek list for you here so that you can just scroll through and make your purchase plans in advance.

The Mi 11 Pro is an upcoming premium smartphone by Xiaomi. It is dubbed to be one of the most powerful smartphones powered by Snapdragon’s latest SD888 processor.

The phone is expected to debut before the end of December, which means you can make your purchase plans at the beginning of 2021 and realize them soon after.

In addition to SD888 SoC, the Mi 11 Pro is also expected to come with an in-display camera and 2K display with a 120Hz refresh rate. It may also feature 00W super-fast-charging that could charge your phone super quick. Concerning the outlook, the phone is expected to come with a splendid four-curved screen design.

It will also feature a 108MP primary lens with 4-in-1 pixel binning technology for the best photography in any light surroundings.

After establishing its dominance in the premium Android smartphone segment, OnePlus is now stepping into the world of smartwatches. The company is bringing out a wearable in 2021. The OnePlus smartwatch has been teased by OnePlus’s CEO, Pete Lau, on Twitter.

In his tweet, Pei confirmed about bringing out a smartwatch in early 2021, maybe somewhere around March. The watch will most likely debut alongside OnePlus’s new range of smartphones – the OnePlus 9. It may come powered by Google WearOS. We can expect it to have some of the premium health monitoring features like a heart rate tracker.

The smartwatch could come powered by a Qualcomm chipset clubbed with 1GB of RAM and 8GB of internal storage under the hood. Other details regarding the upcoming smartwatch are still undercover, but we will get to see it in flesh and bones soon.

After launching AirPods Max, Apple could very well be on its way to bring another new device next year. Unlike the AirPods, this device is not an audio device but a tracker for your belongings like wallet, keys, cards, and more. Apple could name it AirTags.

The AirTags are expected to have deeper iOS integration with Bluetooth LE for enhanced tracking. Reports state that Apple was supposed to launch the device in 2020 itself, but due to undisclosed circumstances, it will be launching it in 2021.

One of the leaks also revealed that the AirTags could come with Ultra-Wideband radio to track the stuff with clipped AirTags. The device will use Find My security and privacy features with end-to-end encryption.

After releasing the affordable Nintendo Switch in 2019, the company is now planning to bring out Nintendo Switch Pro in 2021. The Pro version will be an upgrade over the 2019 version.

We can expect a much better display than the Switch, along with upgraded hardware and more storage. And it will also feature built-in Bluetooth for users to pair their wireless audio devices. Some of the leaks surrounding the upcoming gaming device may have a 4K screen and up to 2TB of storage.

Samsung is bringing out new Galaxy Buds in early 2021. The company is expected to launch them alongside the Galaxy S21 lineup of smartphones. The leaks and renders about the upcoming wireless audio device suggest an ergonomic design to ensure comfort.

The Galaxy Buds Pro may feature an IPX7 rating for dust and water resistance. They will also have an active noise control and 3D spatial audio for enhanced and satisfying sound output. The device may also have up to 8 hours of playback time, which can be further expanded to 28 hours in the charging case. The Galaxy Buds Pro could launch at a price tag of $199.

Well, it’s time to sum up our list of top 5 cool gadgets that we think are worth looking forward to in 2021. Add them to your wishlist now and own them in the new year!