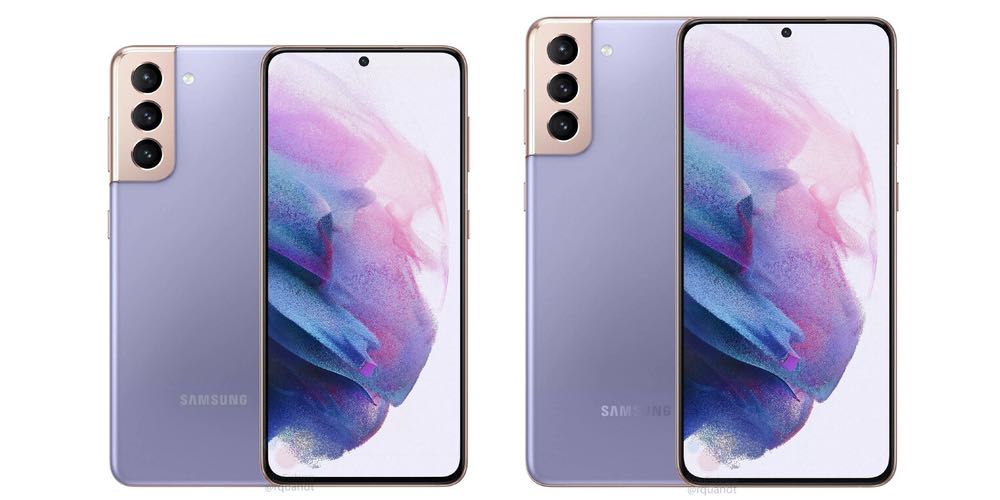 Samsung is going to ring in the new year 2021 with some big announcements. The South Korean giant is going to release three new flagships under the Galaxy S21 lineup.

While there have been plenty of leaks concerning the upcoming Galaxy S21 Ultra phone, we now have more information. The latest leak leaves very little to the imagination for the other two phones in the lineup – the Galaxy S21 and S21+.

Samsung Copying Apple For All The Wrong Reasons

The latest leak comes from the folks at WinFuture, and the leak is clubbed with some photos too. So, if you are a Samsung fan, you will savor every bit of information that comes next. It features the details regarding the camera and other specs on the Galaxy S21 and Galaxy S21+.

Samsung Galaxy S21 is the first lead in the lineup. And if the leak is anything to go by, the upcoming phone will come with a 6.2-inch AMOLED Full-HD+ screen with a protective layer of Gorilla Glass Victus. The display will have a refresh rate of 120Hz. The phone is expected to feature a massive 4000mAh battery with support for both wired and wireless charging under the hood. On the software front, the phone shall ship with Android 11-based OneUI 3.1 out-of-the-box.

What comes as a bummer is that regardless of mocking Apple for depriving the buyers of a charger in the box, Samsung will follow the obnoxious trend and leave out the charger from the European buyers’ box.

Concerning hardware, the phone may come powered by an unannounced Exynos 2100 SoC that reportedly has an ultra-high-performance core clocked at 2.9GHz; three other powerful cores clocked at 2.8GHz, and four cores clocked at 2.4GHz. But this chip will be part of the models sold outside the US.

For US buyers, the phone shall come powered by a Snapdragon 888 processor. SD888 is one of the most powerful mobile chipsets by Qualcomm.

Other details include an 8GB of RAM and 128GB/256GB of internal storage variants for Europe. For the US, the company will have the 256GB model as the standard variant. Both the variants will miss out on the microSD card slot.

The company is not going to make any substantial changes over the previous models. The leak suggests that Samsung may stick with the camera setup used on the Galaxy S20 with some incremental software enhancements.

The Galaxy S20 sported a 12MP primary lens, a 12MP ultra-wide lens, and a 64MP telephoto lens with 3x hybrid zoom capabilities. The sensor will be bigger for the Galaxy S21. Samsung is also expected to bring an upgraded Moon Mode and Night Mode and manual controls this time.

The cameras will offer 8K video support at 30fps and 4K support at 60fps. It will also have a dual-recording mode that enables users to record video using both front and rear cameras at once.

The Samsung Galaxy S21+ is almost identical to the S21 but with just one difference, and that comes in the form of a punch-hole display. The S21+ features a 6.7-inches display with a 10MP selfie camera. It is a larger variant in the series that measures 161.4 x 75.6 x 7.8 mm and weighs 202 grams.

Under the hood, the S21+ features 8GB of RAM on the standard variant. A 4,800mAh battery shall complete the package with the same charging capabilities as the Galaxy S21. It will also run Android 11-based One UI 3.1 out-of-the-box. It will come with an IP68 rating for water and dust resistance.