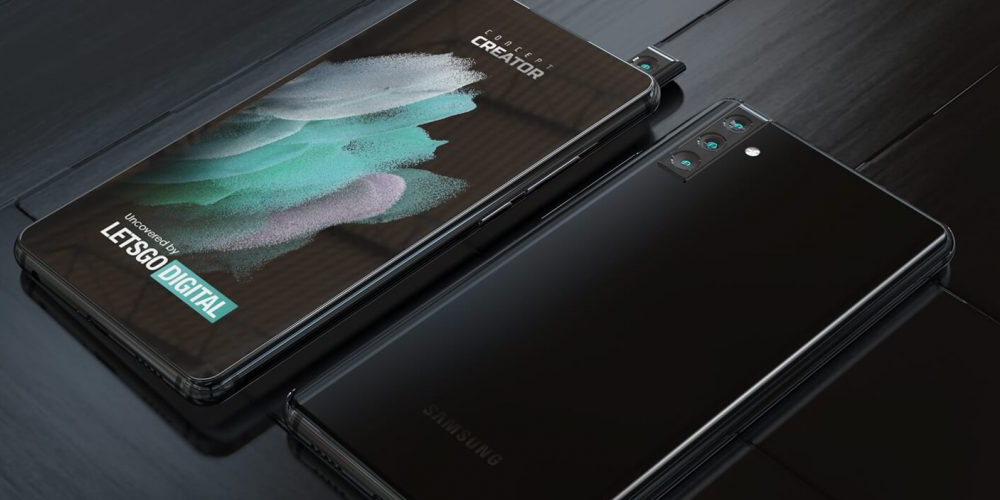 Samsung recently dazzled us by launching its much-awaited Galaxy S21 lineup alongside some other cool gadgets like Galaxy Tag. The company now seems to be up to some new stuff, and it could launch a phone with a rotating pop-up camera. As per the latest reports, Samsung has recently filed a patent for the same camera design and tech. And some renders visualize it too.

This is not the first time Samsung has come up with a smartphone with a quirky camera setup. The company tried the same design as the Galaxy A80 smartphone. First spotted by folks at LetsGoDigital, a patent dated January 2021 by the World Intellectual Property Office pictures a Samsung device with a rotating pop-up rear camera setup.

As per the renders, the purported camera design shows a Samsung phone that could feature a triple camera setup without a selfie camera. The same camera setup, however, can double as a selfie camera thanks to the rotating mechanism. The setup can rotate up to 180-degrees to act as both rear and front cameras.

The camera setup is positioned at the top to offer dual functionality easily. Thanks to the design, the high-quality primary camera would improve the picture quality of selfies with the wide-angle shooting feature.

The rotating camera setup would be backed by a motor along with gears and a propeller shaft. This complexity of the setup would raise some questions about the device’s durability because one can imagine the havoc if a user accidentally drops it. It would also be hard to repair.

Successor to Galaxy A80?

As complex as it may seem, we are quite excited to see how Samsung integrates the design into its device and make it an attractive pick for the users. It is not new for companies to experiment with camera setups and placements; we have seen under-display cameras and other designs, too, but there is still a long way to go before such setup can become mainstream.

According to the patent, it looks like Samsung might just come up with an answer to make quirky setups more mainstream and effective.

Samsung may launch the successor to the Galaxy A80 with the patented camera design. Or the brand could also launch it as a standalone phone boasting a premium price tag.