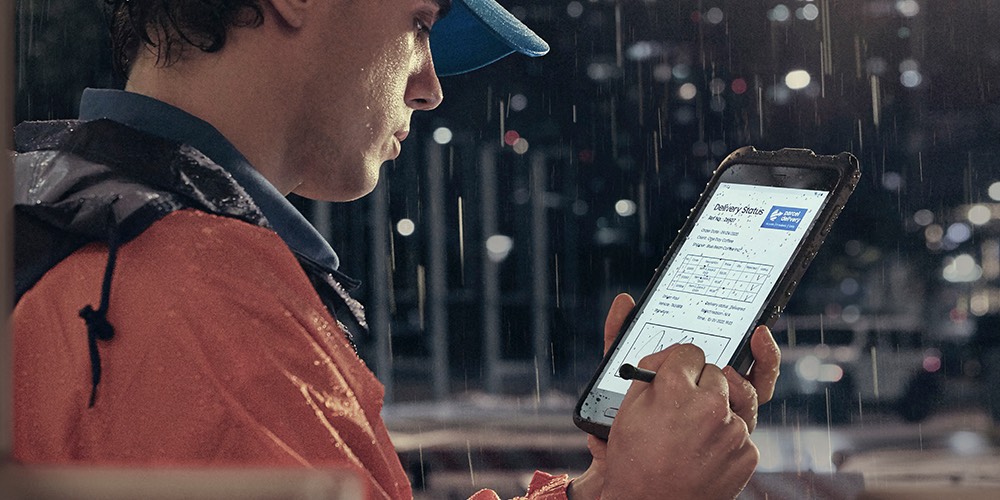 Following up with the big launch of the Galaxy S21 flagship series of smartphones, Samsung is not letting the launch buzz die. The South Korean giant is back with yet another big announcement of the Galaxy Tab Active 3 in the United States. The rugged tablet is the latest join Samsung’s already thriving lineup of tablets.

The Tab Active 3, however, caters to a different set of audience i.e. businesses. It is the first tablet by Samsung to be Enterprise Edition-ready, which means that it brings administrators access to a slew of workforce management tools.

Samsung Galaxy Tab 3 Can Be Operated With Gloves On

The latest Tab Active 3 is a sturdy tablet made to survive harsh conditions. It’s a rugged tablet with military standard MIL-STD-810H certification further shielded by 1.5m anti-shock protection. It features an 8-inch FHD screen with enhanced touch response that can work with gloves on.

For optics, the tablet gets a 13MP rear camera and a 5MP selfie camera. It also rocks a fingerprint scanner on the front. Beefing up the security on this rough and tough tablet, Samsung has added Knox support that protects it against malware and other security threats.

Under the hood, an Exynos 9810 SoC powers the device with 4GB of RAM and up to 128GB of internal storage. The phone has got a massive 5,500mAh battery backing it, which delivers up to 11 hours of backup.

The tablet also has a “No Battery Mode” that allows users to keep the tablet running from only wall power without using the battery power. There is also a ‘Knox Capture’ feature that transforms the tablet into a barcode scanner.

Concerning software, the Tab Active 3 ships with One UI 2.5-based Android 10, but the company promises an update to Android 11. Samsung says, “up to three generations of Android OS upgrades.”

The tablet supports S-Pen connectivity, as seen on the Note series. It also has an IP68 rating for water and dust resistance. Other connectivity options include 4G LTE, WiFi 6, NFC with EMV Level 1 certification, Google ARCore, and a customizable side key. The tablet also boasts Samsung Wireless DeX functionality that makes it an ideal device for enterprise use.