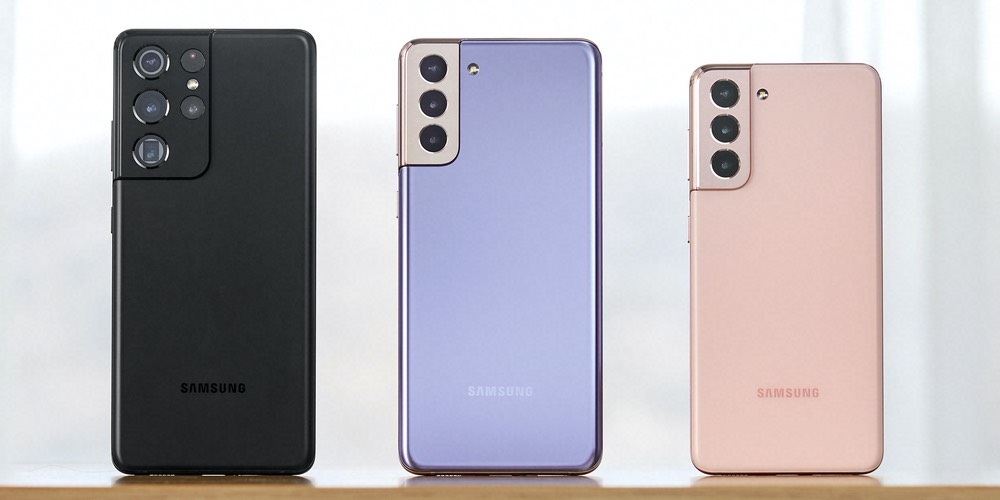 After a series of leaks and ‘unsolicited reports,’ Samsung finally took the centre stage and launched the Galaxy S21 lineup featuring the Galaxy S21, S21+, and S21 Ultra. All the three models in the lineup differ a bit in terms of screen size, camera, design, hardware, and more. The best thing is that all the models come with 5G connectivity support and Snapdragon 888 SoC.

Samsung is one of the world’s largest smartphone manufacturers, with a whopping 22.7% market share as per IDC report. The company has the best presence in the mid-range and entry-level segments. But it has a solid hold over the flagship segment, too, only marred by Apple. The latest Galaxy S21 lineup is going to compete with the iPhone 12 series. Now, without boring you with the data and stats about Samsung, let’s take a deep dive into what the company offers with the latest Galaxy S21 series.

A Snapdragon 888 SoC powers both the smartphones in select markets like China and the US. Other markets will get the Exynos 2100 chipset. Both the chipsets are very powerful based on the 5nm process and 64-bit octa-cores.

The Galaxy S21 and S21+ come with 8GB of LPDDR5 RAM and 128GB / 256GB of internal storage options based on the variants one goes for. They also have stereo speakers by AKG and have IP68 certification for water and dust resistance. New functionality allows these phones to be paired with the new Galaxy Buds Pro and record ambient sounds and voice simultaneously via pre-loaded multiple mic recording functionality.

Samsung has applied some adjustments and upgrades to its Camera app on the new phones. It has added features like 8K Snap, Director’s View, Super Steady Video, and Single Take to make the camera experience more professional yet user-friendly.

Coming to the pricing, the Galaxy S21 starts at $799.99 while the Galaxy S21+ has a starting price of $999.99. Both the phones are now up for preorder and will hit the market on January 29, 2021. They will be available in a new signature color option named Phantom Violet.

The Samsung Galaxy S21 Ultra is the ace of space in the trio. It can be called one of the most powerful smartphones by Samsung. Although it shares many specs with the Galaxy S21 and Galaxy S21+, many features are a noticeable upgrade over the two, especially in the display segment.

The Galaxy S21 Ultra packs a curved panel with a 6.8-inch Edge WQHD+ Dynamic AMOLED 2X Infinity-O display at 3200 x 1440 resolution. The phone supports HDR10+ content with an adaptive 120Hz refresh rate. The phone has the same processor as the other two phones in the lineup.

Another major addition to the Ultra series is that it comes equipped with Wacom’s technology for S Pen support. Samsung brings the Galaxy Note’s signature functionality to Ultra. However, users will require to buy the S-Pen separately or use the one from an existing Note phone, if they have.

The S21 Ultra will be available in two variants – 12GB RAM + 128GB/256GB Storage and 16GB + 512GB Storage. A 5,000mAh battery backs the phone with support for fast-charging on both wired and wireless. The smartphone has an IP68 rating for water and dust resistance.

The major upgrades are seen in the camera segment with a quad-camera setup on the rear. The S21 Ultra packs an ISOCELL primary sensor of 108MP with PDAF, an f/1.8 aperture lens, OIS, and more. The secondary 12MP ultrawide Dual Pixel sensor packs f/2.2 aperture, Dual Pixel Autofocus, and 120-degree FoV. The third sensor is a telephoto with Dual Pixel Autofocus, OIS, f/2.4 aperture, and optical zoom at 3x. The fourth lens is also a 10MP telephoto lens with Dual Pixel AF, OIS, f/4.9 aperture, 10x optical zoom, and 100x Space Zoom. On the front, we get a 40MP selfie snapper with f/2.2 aperture, PDAF, 80-degree FoV, and 0.7um pixel size.

The Galaxy S21 Ultra starts at $1,199.99 for the 12GB RAM variant. It will be up for grabs in Phantom Titanium, Phantom Navy, and Phantom Brown color options.

What’s your take on the Galaxy S21 lineup? Share your thoughts in the comments below.

We will be bringing you a lot more content around Galaxy S21 lineup, we are talking comparisons and in-depth features. So, stay tuned with us for more!