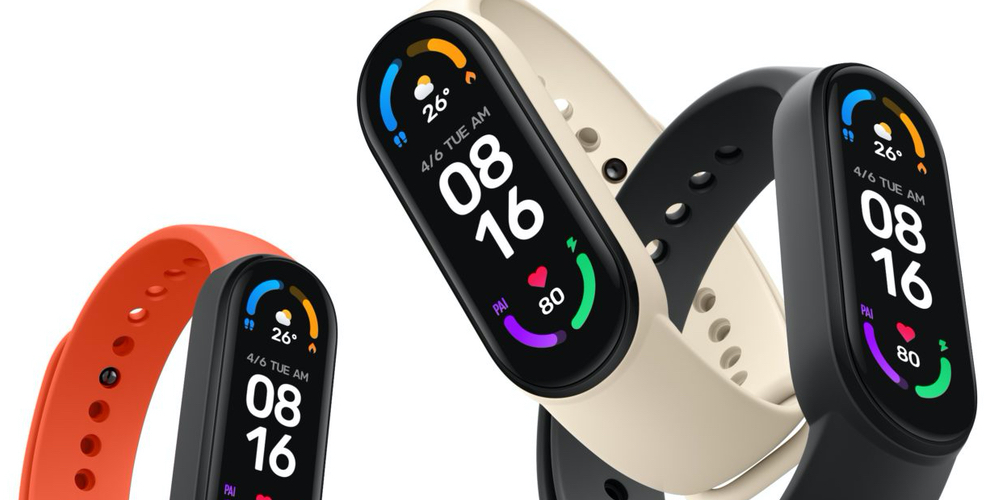 Xiaomi has launched yet another fitness tracker to its Mi Band series. The latest Mi Band 6 looks pretty much like its predecessor, the Mi Band 5. But Xiaomi has made some significant changes under the hood and loaded the fitness tracker with new features and functions that should come in handy for users.

We give you all the details that you need to know about the Mi Band 6.

Starting with the display, the Mi Band 6 packs a large AMOLED screen at 1.56 inches with a layer of tempered glass featuring anti-fingerprint coating. Xiaomi claims that the display offers around 50% more real estate than the previous version. The display colors remain the same neon and sharp, which look better in both dark and lit surroundings. Additionally, users can choose from over 60 distinct band displays to customize the screen.

The Mi Band 6 comes with double the tracking features as the Mi Band 5. It has around 30 activity tracking modes for training modes like Dancing, HIIT, Zumba, etc. Xiaomi has added an auto-detection mode that automatically detects activities like cycling, elliptical, running, walking, treadmill, and rowing machine.

You also get better sleep monitoring with the Mi Band 6. The fitness tracker can assess the quality of your sleep breathing with the integrated SpO2/blood oxygen sensor’s help. The sensor can detect different stages of sleeping and deliver insights to help users make changes and improve.

A 125mAh battery backs the Mi Band 6, which the brand touts to offer a backup of up to 14 days on a single charge. The smart band also boasts 5ATM certification that can submerge up to 50 meters for around 10 minutes. The only shortcoming is that the smart tracker lacks NFC and voice assistant support.

The Mi Band 6 is priced at €44.99 (approx ~$52.99) for the global variant. It will be up for sale in Black, Orange, Yellow, Olive, Ivory, and Blue color options. It’s worth noting that the Mi Band 6 does not officially debut in the US and should be available via third-party sellers.